But sod all that. Orache! Orache! In my garden! Orache! OMFG!

You would think that excitement enough for one (working, ahem) day. But the Orache was actually eclipsed by another experience. Around 11am, between school lessons, Rob Wilton sent me a message including a tweet about a mysterious dragonfly that Andrew Easton had just photographed at Carlton Marshes, Suffolk. Andrew had identified it as an Emerald sp, but was unclear which. Rob wondered if I knew what it was. I took one look, and nearly poohed my pants. With little orange-yellow marks on the underside of the abdomen, this could only be one species. And it wasn't a British species... I sent Rob a holding reply: 'Bear with me. I think it's a mega, but need to check.' I checked, and was pretty sure I was right. This was a male Yellow-spotted Emerald, the first for Britain. I told Rob then tweeted a reply to Andrew, copying in Rare Bird Alert and a few others. Then grabbed my kit, picked up Phil and Will, sped down there... and dipped. The last certain sighting was at 12h05, although there was one plausible glimpse 45 minutes later - and our little group had an apparently all-dark dragonfly zip past us at 13h50. But a dip it was. Exciting to have been 'involved' (in the identification, at least) but galling to have not seen it. 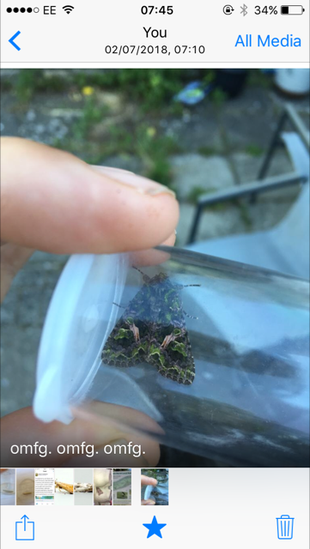 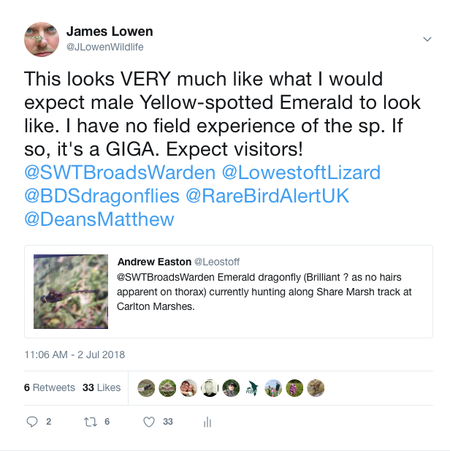 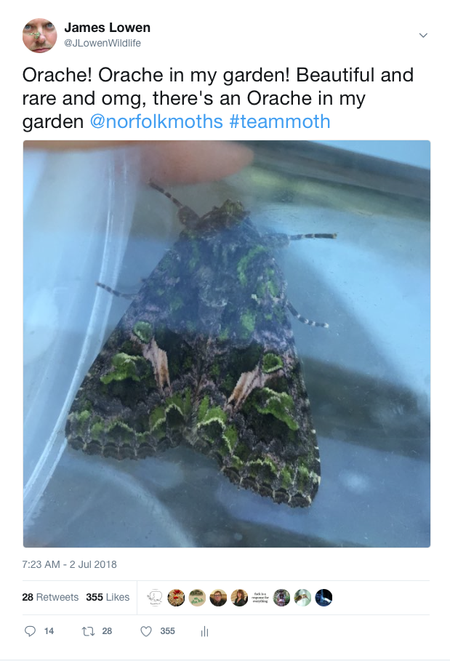 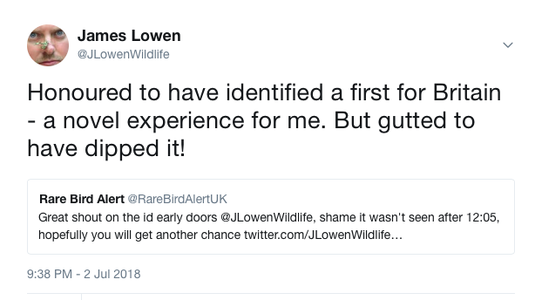 When you know nothing about moths, you think there's only one type - the clothes-muncher. When you know enough about moths to appreciate that more than one species exists, you don't care about them as you assume that they are all brown. When you are intrigued enough by moths to open  field guide for the first time, you confirm that many of them (perhaps most of them) are indeed brown. But even then, colourful creatures capture your attention. Those hawk-moths like on Silence of the Lambs. Oooo - there's a pink one! Two pink ones! Then the tigers - wow! They are hot. Then there's those strange little things that look like wasps - 'clearwings' or something. And then... And then there's usually a page of really pretty moths. Turning to the text your aspirations slump as you learn that they are rare migrants to Britain, so you have no chance of seeing them. And one of them is called Orache Moth. And I have now seen one. In my garden. 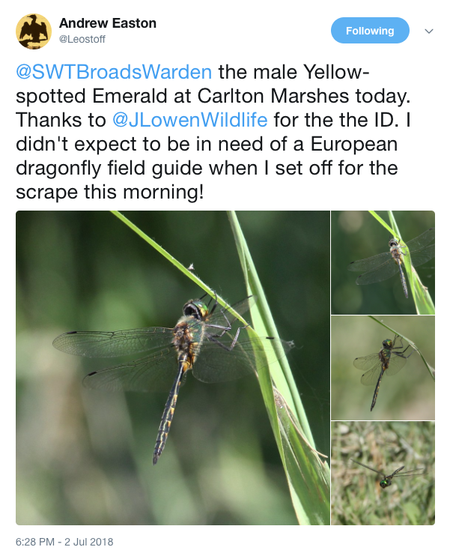 Turning over an egg box in my trap, I spotted a green and pink vision, marked with daggers and stripes and swirls. It was larger than a Campion or Lychnis, and even more beautiful. I gulped. It had to be! Didn't it? Trembling hands reached slowly for a pot. This was one moth that I could not let escape. Gently I eased the glorious creature from cardboard to plastic. And shut the lid. Then whooped. And sent the message above to our local mothers group. I didn't need to identify the species. Everyone would surely know what it was. It was somewhat hard to focus on the remainder of the trap.

Unsurprisingly, the Orache attracted quite a bit of local interest. By the end of the day, 15 or so people had been to see it. They all seemed quite happy by the end. Even if one confessed to its image not having caught his eye when he flicked through a moth guide...

Orache used to breed in East Anglia, but was lost to our fauna at the end of the 19th century. Aside from a regular population on the Channel Islands, it is now a rare migrant - in small numbers annually. Reading the 2016 migrant moth report in Atropos, I spotted just three Orache records for the whole country. This makes it way rarer than any bird I have ever found in Britain (the odd co-find aside). In Norfolk, there have been just three records since the 19th century, two in the last five years. This is not just a beautiful moth, but a rare one too. 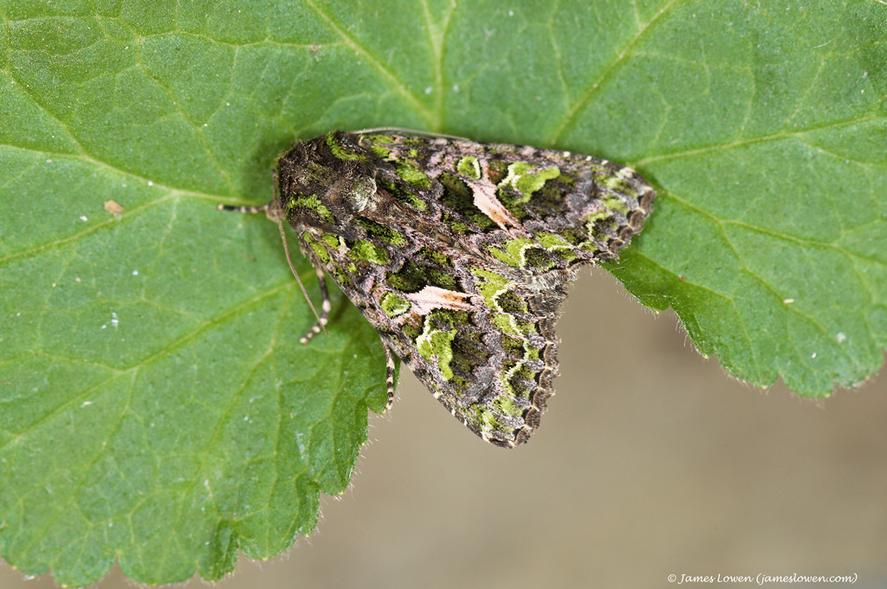