Oblique Striped has two generations a year, the second (which this will be) flying typically in August. I've had a couple of good macros this year in the garden but they - Lunar Yellow Underwing and Toadflax Brocade - were both pretty much expected, given a suite of local records. This critter, however, was distinctly unanticipated and goes to show that 'migrants' can be domestic as well as international. As a reward for persistence on an unpromising night, I'll take it.

A couple of nights ago, the sky was clear, the air chilly and the wind tetchy. Despite it being July - one of the best months for nothing - there seemed little purpose in turning on the garden trap. I probably wouldn't catch much. It probably wouldn't be worth the (solar-generated) electricity. But one thing was for sure: I wouldn't catch any moths if I didn't turn it on. So I did. Gotta be in it to win it, and all that.

Come morning, there was indeed pretty much nothing inside the trap. Barely thirty moths, fewer than twenty species. Sod all for July, to be frank. But on top of the trap, loitering on the perspex cone, a small, carpet-shaped moth caught my eye. Surely that was...? But surely it couldn't be....? Potting the moth took an unusual combination of persuasiveness and dexterity, during which escape was a live possibility. Moreover, once encased in plastic, the moth snapped shut its wings, forcing me to doubt my initial, bleary-eyed identification. It took an hour for it to open them and allay my nerves. 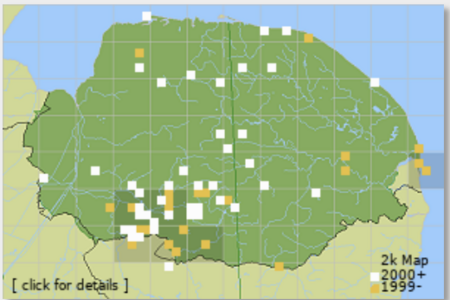 It was indeed an Oblique Striped. This is a nationally scarce species, strongly associated with Breckland. Occasional wanderers do make it north and east of there, but I can only find two records this century to the east of me (in west Norwich): see the map below from the excellent Norfolk Moths website, run by indefatigable county recorder Jim Wheeler. Unsurprisingly, the species is new for the 10km square. 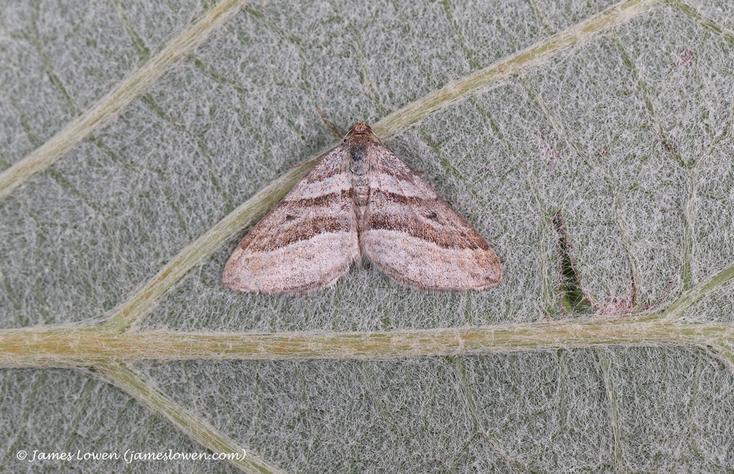