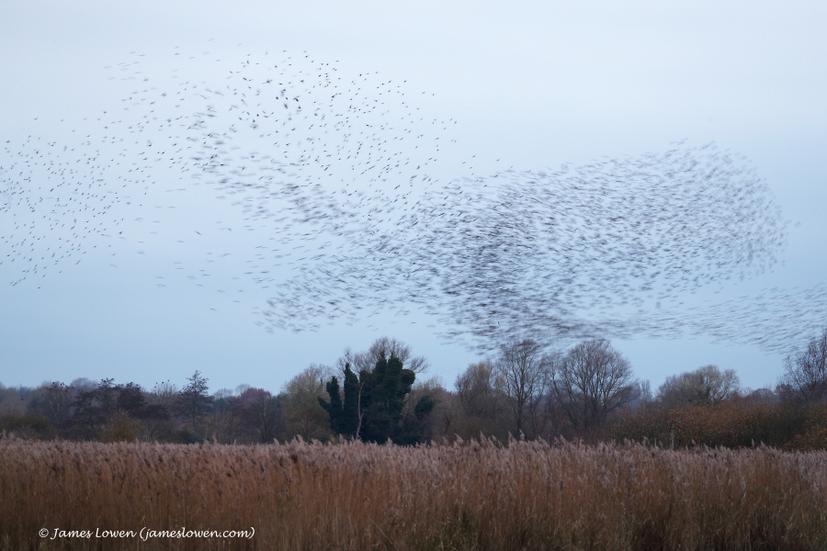 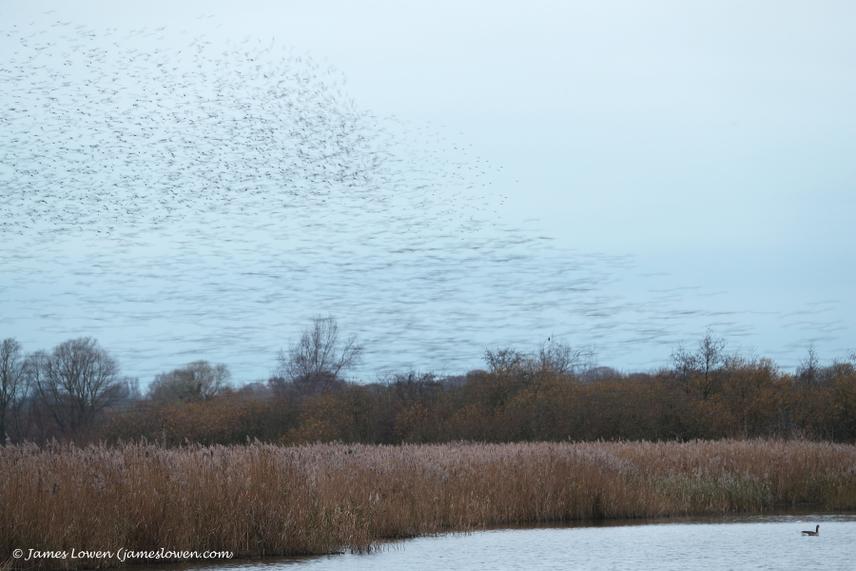 Although the visual migration over my Norwich garden (which was so astounding earlier this month) has ceased, the garden has remained a profitable place to stay alert. A Firecrest - my second here, following the singing bird in May 2016 - frequented the garden one Saturday afternoon mid-month, but no sign thereafter. I have also had up to 10 Rooks flying over with Jackdaws on four dates; this compares to just two previous records! Moths, in contrast, have been atrocious with literally none to report.

My local RSPB reserve, Strumpshaw Fen, has been graced by a murmuration of Starlings for the past fortnight, the prelude to the birds roosting in reedbeds beside the reserve reception. A delayed school run enabled me to make it over there a couple of days ago. There were almost as many excited observers as Starlings. Not quite - but it was heartening to see how many people are keen to witness the sight of 15,000 birds perform an aerial ballet. The performance was pretty brief, but enhanced by the presence (in the middle of the Starlings) of 10+ Marsh Harriers jiving above the reedbeds before their own slumber, and of a single leucistic Starling. The latter - a creamy bird with even paler primaries - has apparently been seen several times recently, something of which I was unaware. At least nobody has tried to claim it as a young Rosy Pastor...