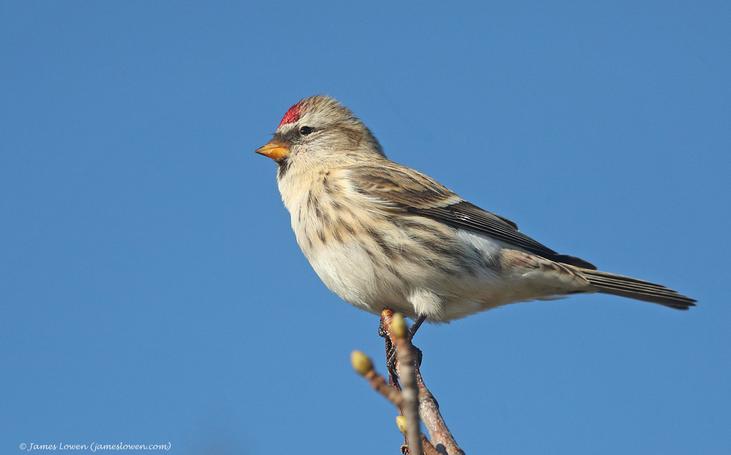 A few more birds were in evidence upon our return to Warham Greens. A female Hen Harrier sashayed past - exhibiting just four primaries (thanks to moult of the second-outermost primary rather than because it had Pallid influence). An Eastern-type Lesser Whitethroat showed in the copse at the end of Garden Drove.

The following day - 29 October, in case you're losing track - I had a window of opportunity in the afternoon. I could head to Wells (sensible, but likely to be other birders present so less chance of finding my own rares) or head east to Happisburgh (wild card, but any find would be my own). Dave Andrews co-found a Coues's Arctic Redpoll at Wells... and I went to Happisburgh and flushed a Woodcock. Idiot. And so to the very final opportunity in Last Chance Saloon. October 31st; with easterlies and rain the previous day. My partners in crime Dave and longtime friend Guy Dutson, in his last chance to bird before returning to Australia after a year gallivanting in the Americas... and Dorset. 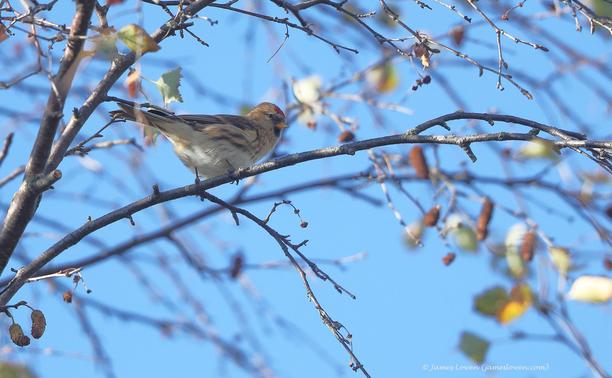 Hopes were very high - so high that I could barely sleep with excitement. But we flunked. The best bird of the day - a Barred Warbler - was found by Andy Bloomfield, rather than us. 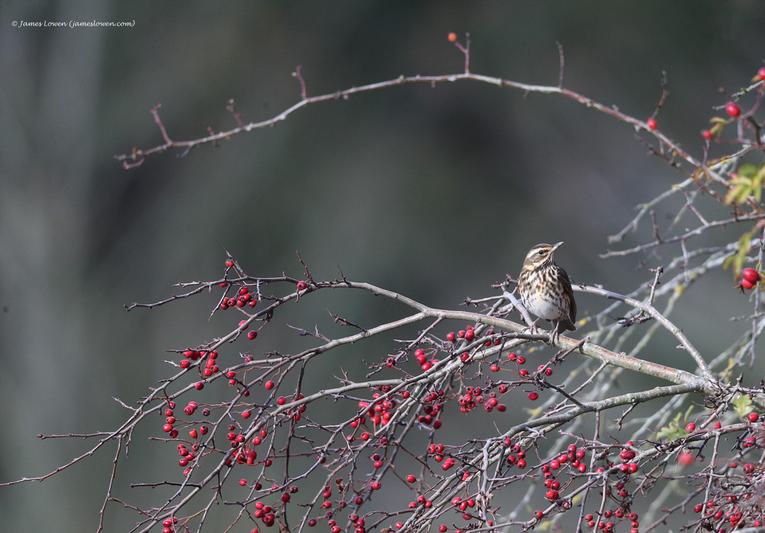 We clearly couldn't nail any of the 50+ redpoll sp. flying overhead as the expected Coues's Arctic; one with a big white rump was particularly annoying. The only individual that allowed study was a Mealy. And there were at least two Coues's present in Wells the following day. Grrrr. Aside from that, we had perhaps 6 Woodcock (always nice, if not a passerine), 6 Chiffchaff, two Blackcap and 50 Goldcrest. And a modicum of frustrating encounters - just to continue the autumn's theme. 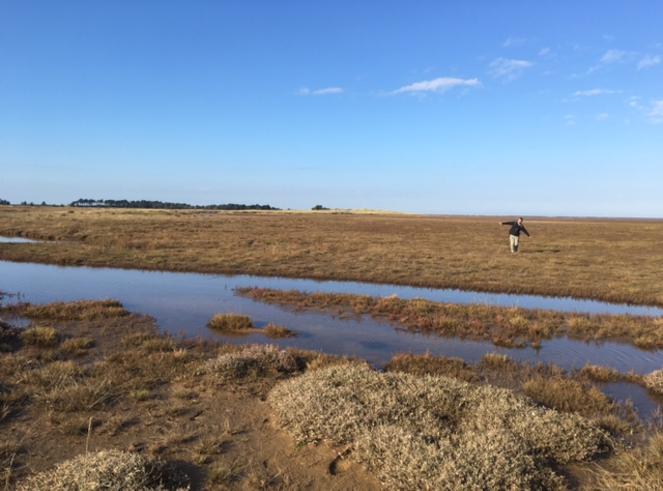 Unsurprisingly, we flunked. We didn't manage a mega. Or a rarity. Or even a scarcity. What we did have - in glorious sun - was a very fine roll-call of uncommon species. A Waxwing flew over for Guy and Dave. A Firecrest loitered. A Short-eared Owl flopped. Two Woodcock flushed - so too a Jack Snipe. Two separate brace of Mealy Redpoll performed well (see below). Six Crossbill beavered west. Three Snow Bunting trilled overhead. Five Red Kite sauntered. It was good - but it wasn't great. 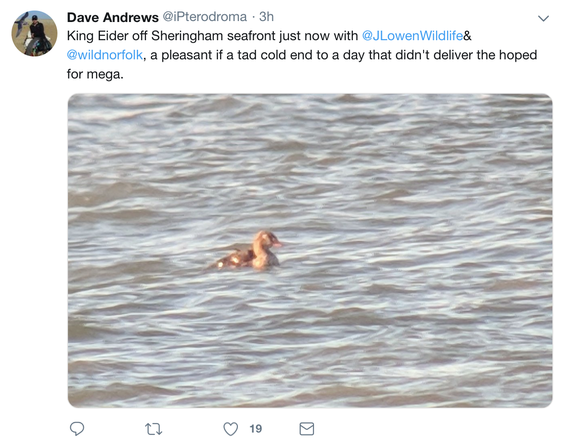 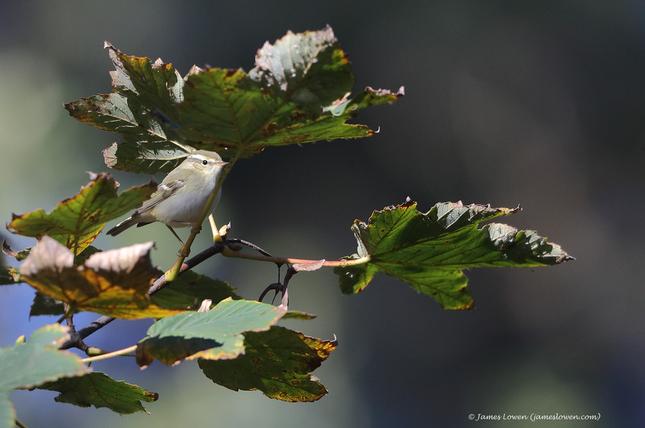 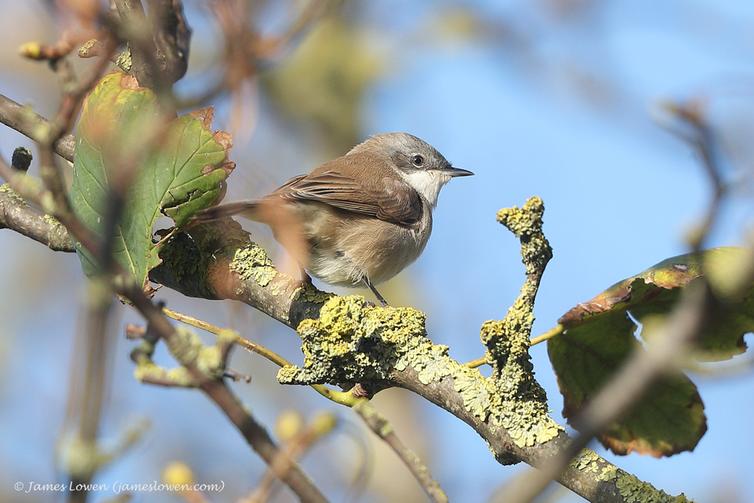 Anyhow, as October drew to a close, north-easterlies started hitting the Norfolk coast. It didn't take much to persuade Stuart White and I to head out. We birded Burnham Overy Dunes (joined by Mike Buckland), then Holkham then Wells Woods. We were inspired by this radar chart showing masses of feather flying west towards the UK from the Low Countries, which would surely be grounded by overnight rain... 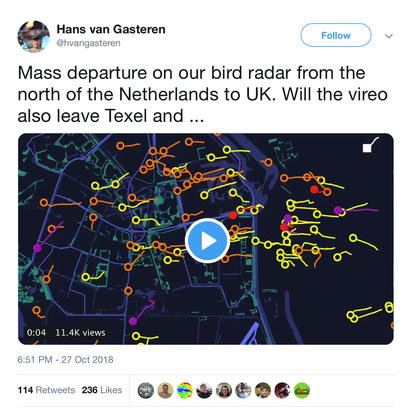 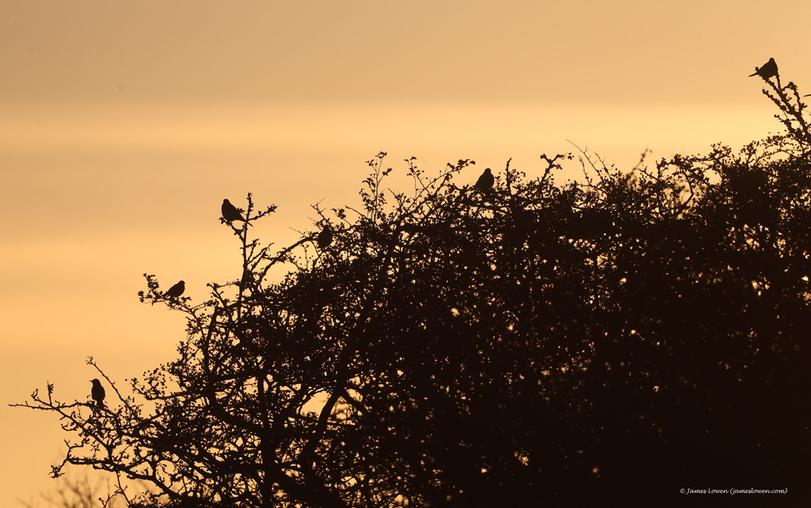 As you may have noticed, I have been birding a lot this month. Indeed, since 29 September, I have birded the coast hard - looking for migrants - on 22 days. How I have avoided failing as a parent, being divorced or not delivering on work commitments is beyond me. Perhaps the answer lies in shunning sleep for a month. Given that my total haul of self-finds this autumn has been mediocre (particularly given the effort invested) - just an unsubmittable Olive-backed Pipit, a Red-breasted Flycatcher (it was briefly two, but one transpired to have been present the previous day), a sort-of-assist on a Vagrant Emperor(found and identified by Phil Saunders; my only service was as paparazzi) and a sackful of Yellow-browed Warblers - and I have had a few frustrating near-misses, I needed to grasp something from Last Chance Saloon. Clearly, things have been very good from a twitching perspective - White-rumped Swift, Grey Catbird, Brown Shrike and Stejneger's Stonechat all being cracking rarities - but, lest you think me churlish, my autumn is all about finding rare birds rather than seeing other people's.

And that was it. No more rare birds to be found. So we ended the day by following the month's more successful approach: twitching. Guy saw his first Stejneger's Stonechat and we joined Dave too watch the eclipse drake KingEider look rather mournful off Sheringham. But at least it was a Norfolk tick. And that's what it;s about, right? Errr, no...

Guy and I birded Warham Greens from dawn for two hours until Dave arrived. It was full of thrushes - most in the air, but many along the hedges. And it was full of finches - almost all in the air. Fieldfares and Blackbirds predominated, with Chaffinches following. But there were also Redwings and Yellowhammers and Bramblings and redpoll (sp...) and Siskins. We notched up Blackcap, Chiffchaff and a few Goldcrest. It short, there were plenty of birds - but we felt that everything that could depart (i.e. diurnal migrants) was taking advantage of the clement conditions to head onwards. Which meant that we need to focus our East Hills attention on leaf warblers and chats. Which, in late October, isn't a bad thing. Sibe Blue Robin? Pale-legged Leaf Warbler? Or 'just' a Bluetail or Hume's?

Plenty of thrushes were grounded (although rather more just inland than on the coast), but we failed to pick out anything of the ilk of the previous day's reported Black-throated. A flock of 17 Waxwing trilling west was some compensation. These were my second of the autumn after two flew over the stonechat at Salthouse on 25th.