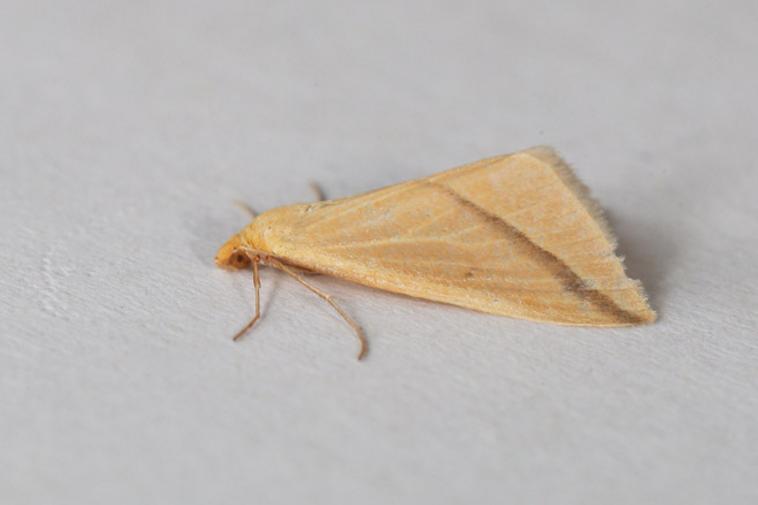 But the unexpected star of the show... was a tiny black, scarlet and white gem called Cosmopterix pulchrimella. A moth new for Norfolk in a mate's garden - and this for a species only known from Britain this century (when discovered by Butterfly Conservation's Mark Parsons on Portland, a tale that will feature in Much Ado About Mothing) and effectively confined to southernmost England. The only two Suffolk records are thought to be migrants, and this one probably is too. It's all about timing... 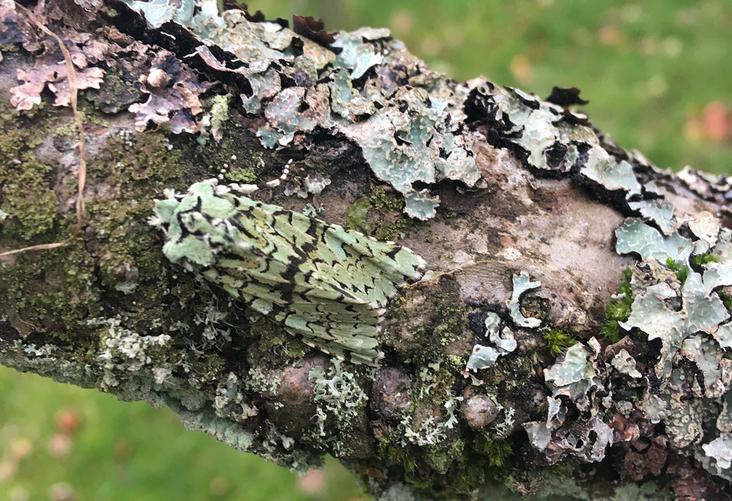 Last night started in promising fashion for garden moths, given this late stage in the year. A balmy 15C with light winds.There was soon plenty of activity around the two traps, including likely migrants such as White-point (bit late for resident ones here), Angle Shades, three Turnip and five Diamond-back. Dark Chestnut and Agonopterix alstromerianawere both the second garden records. Then the full moon emerged and everything went quiet. Shame. A mile north of me, however, Dave Andrews was seeing large numbers of moths around his trap - "at least 100 on the ground alone," he said. He hasn't trapped much recently - but sagely chose tonight to try. Timing is everything. Two Vestals were already in which seemed very promising indeed, so Will Soar, Sarah Morrison and I accepted Dave's invite to come over and process his trap at dawn. I did mine pre-dawn and was quietly pleased at 24 species, although overall numbers - at 59 - were fewer than hoped. Dave's trap, however, was heaving. More Red-green Carpets than I have ever seen in a single trap. Four Mervs. One remaining Vestal. Large Wainscot. The first December Moth of the autumn (indeed, Dave's first ever).