The third bird of this trio, hidden away at the back so far, also looked interesting. Pretty white. When i got into a position to see it properly, however, it looked like a Mealy (of which, incidentally, there seemed to be quite a few  - six at least - in the flock). Big bill, brown, streaky ear coverts, messy undertail coverts. 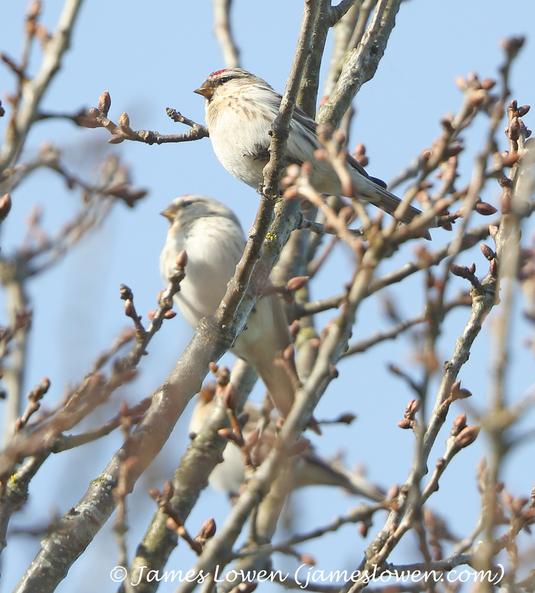 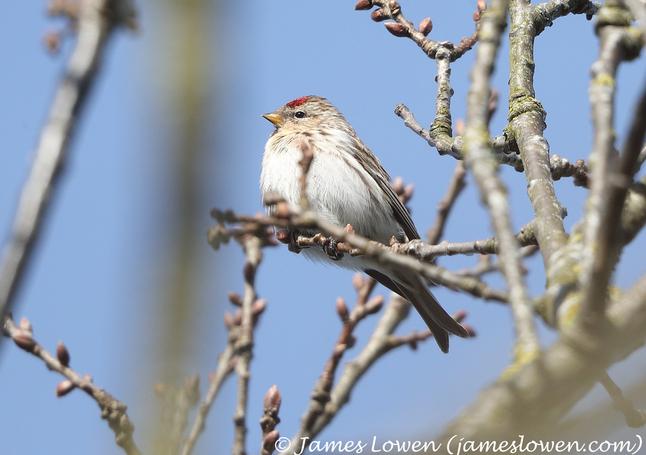 While I was in London over Easter, Matt Stainthorpe found a Coues's Arctic Redpoll at Felthorpe, near Norwich, Norfolk. Subsequently up to four have been reported. Photos so far have been pretty poor, which is making it hard for those who want to know these things to determine precisely how many individuals are in with the mixed flock of Lesser and Mealy Redpolls. Here's my brief contribution to the consideration, following two visits yesterday - one in the morning and one in late afternoon. I think they demonstrate three individual Coues's. That said, we've already discovered that I know jackshit about redpolls: see here and here. 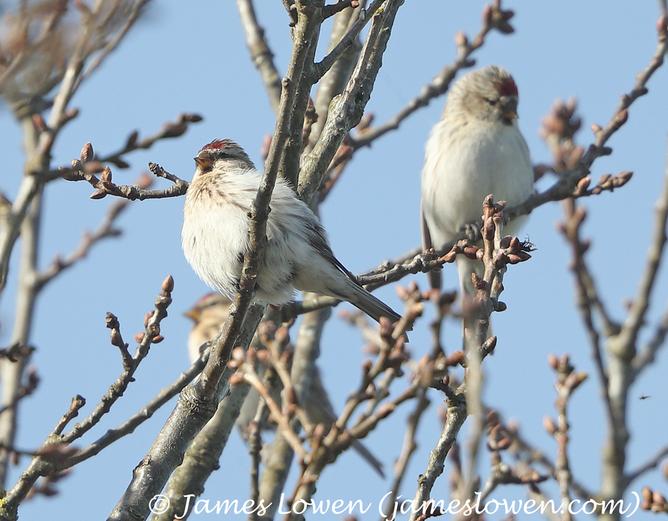 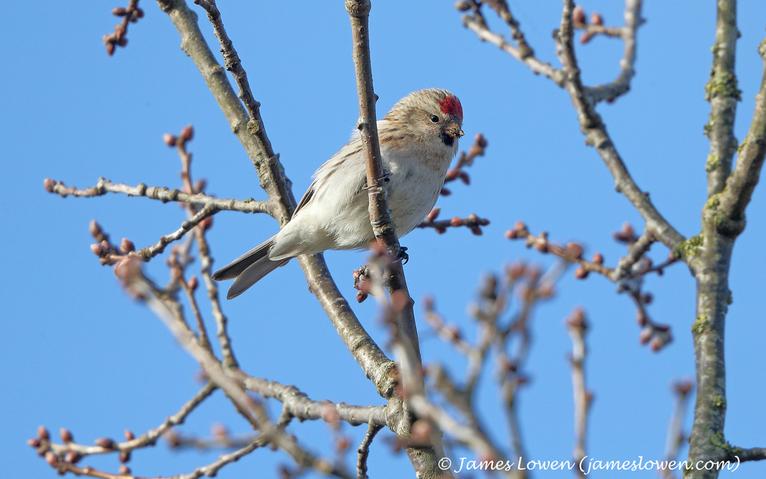 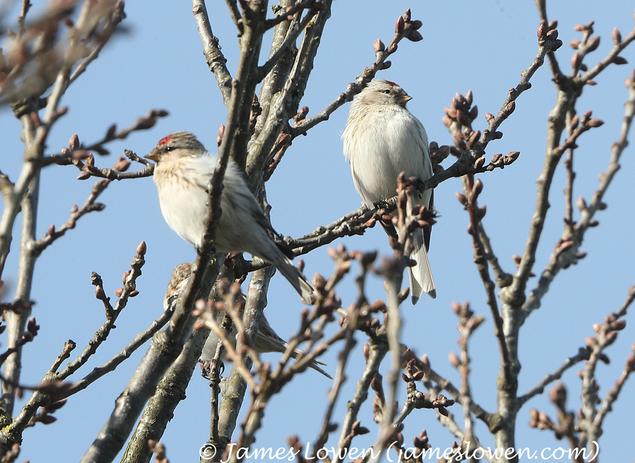 For 30 minutes, all Will Soar and I got was views of a Coues's (and we think only one) on the telegraph wires. Not good for photos. Then it flew towards us and perched in the tree above us, where I got the shot above. Very nice bird indeed. Check out the faint undertail covert streak. In flight it had a huge gleaming white rump - more snowball itself than sugar lump. In the afternoon (after a wonderful day snaking - more of which later), we returned. This time we had three interesting redpolls perched next to each other in a different tree. The views weren't as good as for the morning bird, but I took a few images anyway. Two birds - which hung around together, prompting Will to joke that they were a pair - seemed to be fine for Coues's. These are the middle and right birds in the next photo, after which I focus in on them more clearly. Check out the undertail covert pattern: both have a bolder streak than the morning bird. This could be an effect of angle or light. But I suspect that if I look more closely I will detect other differences which also suggest that these are different individuals - all Coues's. Both birds had massive white rumps.