After not very long at all, the flock stopped feeding and were calling ever more excitedly. It soon became apparent why... as almost the entire flock dropped to the ground and rank from a tiny puddle in the road barely six metres from where Dave and I happened to be standing. 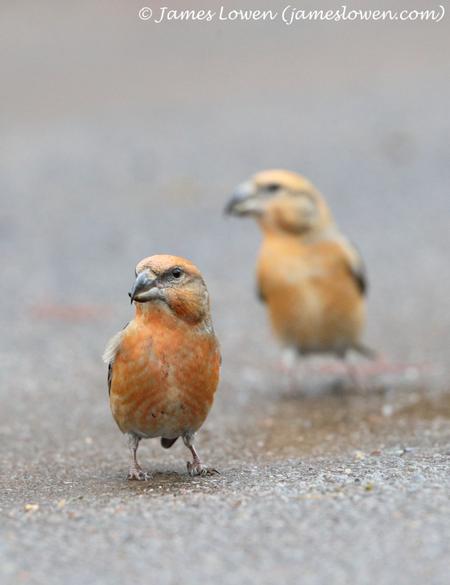 I have rarely seen crossbills drink, so it was educational to watch the birds put their head almost parallel with the water, and slurp up from the side.

These were cracking birds - and by far the best views I've ever had of the species. A shame that the light was so dull (ISO1600-2000), but it would be churlish to complain. And it's fair to say that Dave now has a conscience-free tick on his list. 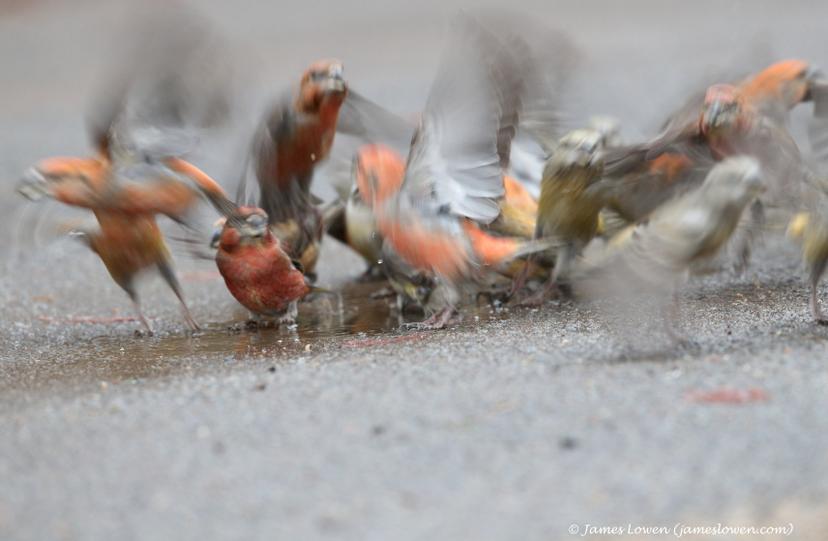 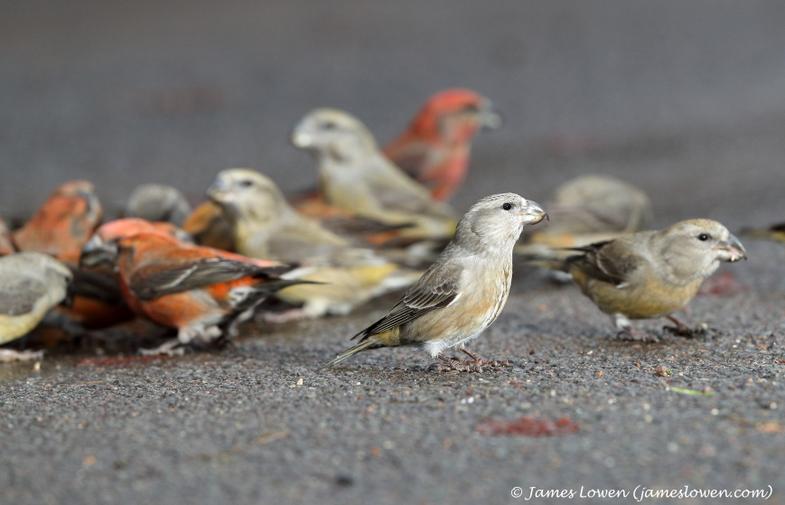 In contrast to last Friday's four crossbill-free hours, the Parrots were present in a pine at the edge of the car park upon arrival. They were feeding voraciously, flying with pine cones in the their bill, and calling all the while. They were also numerous - high thirties at least.

This week, however, has started admirably. Will Soar and I pooled over to Eccles-on-Sea in north-east Norfolk yesterday afternoon, admiring the Arctic Redpoll through a tiny gap in a dense hedge, and the Distant Wheatear (sorry, stunning male Desert Wheatear) at the back of a field, many miles away. If no decent photos of the 'Arctic Roll' emerge - beyond finder Tim Alwood's admirable selection, clearly - I may yet post mine. 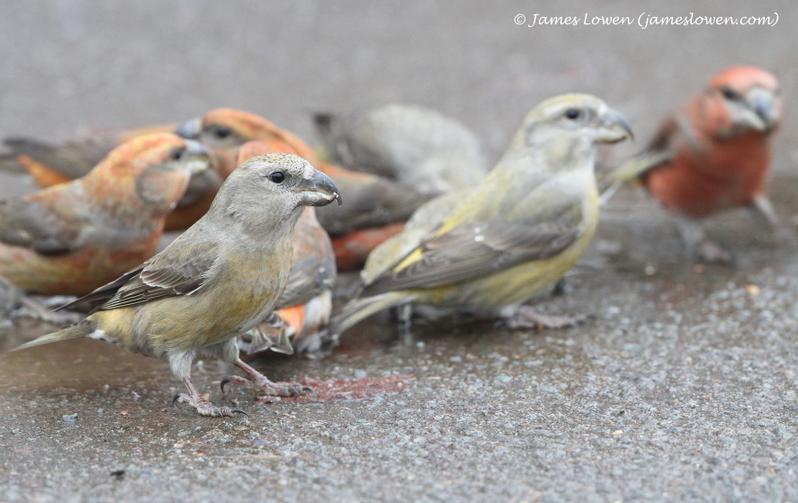 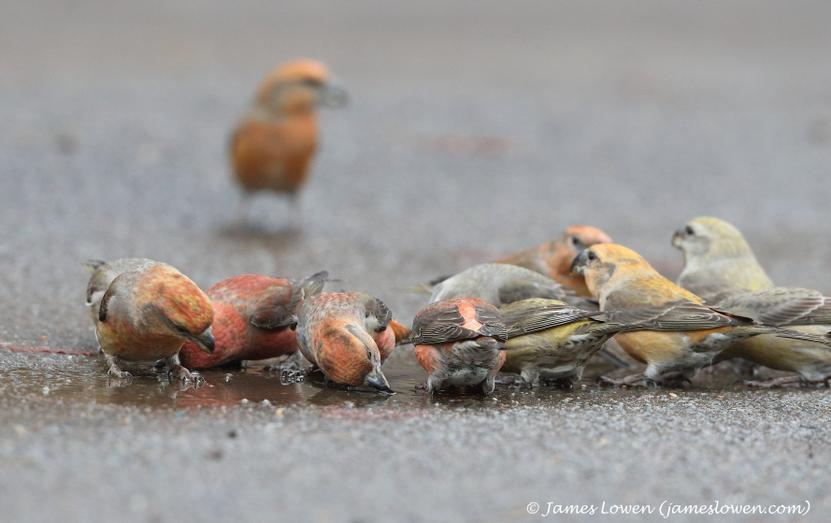 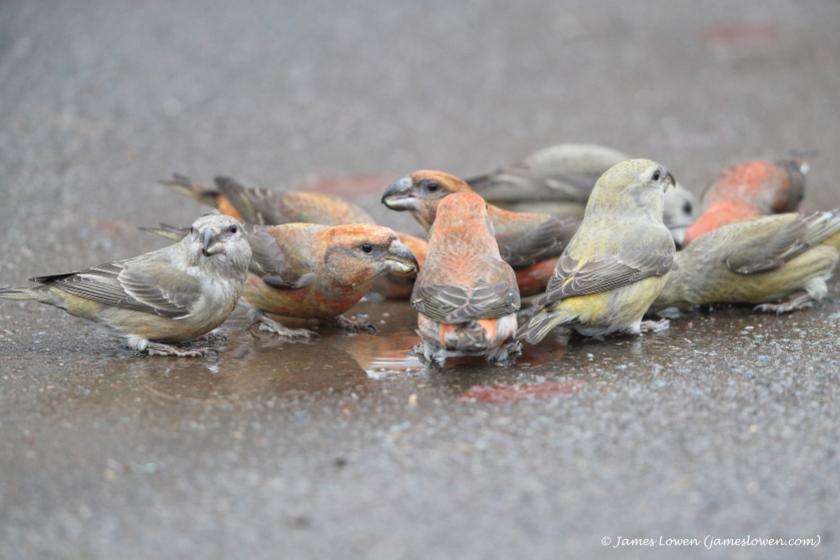 This week has been a lot better than last week. In the dying days of November, I missed seeing the London Horned Lark (it vanished the day before we were due to go, so we waited on positive news in vain), scrambled barely a minute's worth of a female Parrot Crossbill at Santon Downham (on the Norfolk/Suffolk border) on Friday, and drove to Scunthorpe (Lincs) in the early hours of Saturday... only to have to leave before we even saw the escaped White-crowned Black Wheatear. Pretty much a waste of life all round - though we did enjoy excellent views of an Otter in the Brecks, more of which in a separate blogpost.

But today's blog is all about Parrot Crossbills. I returned to Santon Downham today to meet up with Dave Gandy, on a flying visit from Bangkok. Dave's only encounter with these heavy-billed finches was naked-eye views of a calling flock in Lincolnshire during the 1990/91 influx. So he was keen to ink in the tick. And I was keen to twitch him! 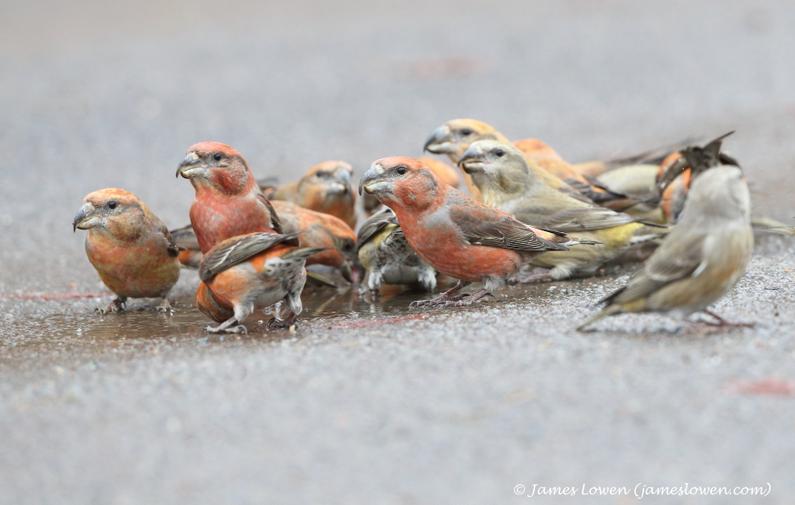