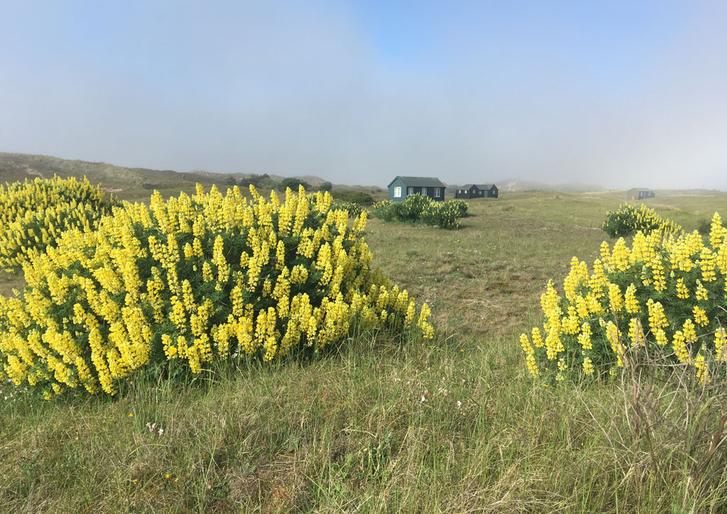 We finished the day at Salthouse where the Scarlet Rosefinch vocalised briefly out of the murk. A far better end to the weekend than I would have envisaged at midday on Saturday! Thanks to my mates for their Moltoni's. Top blokes, top find.

The following day, the bird was still there - and showing well. But I was parenting, including frustrating myself by decorating home-baked muffins with subalpine warblers. Nothing I could do about it. Until my kind wife offered to take over at 1400.

... and dipped. We stood there until 2115, but there had been neither sight nor sound since 1910. The bird had either gone to roost, done a bunk or died. The walk back east was painful - because of my dodgy knee on shingle rather than because of the enjoyable company of Peter Moore and Steve Smith. "Never again", I promised Will once I was back at the car, pouring sweat and smelling like something from a farmyard.

Just after we reached The Hood, we stopped abruptly as we heard a distinctive and familiar call permeating the fog. Surely...! It called again, then two more times as it flew south... yes! It was! "Short-toed Lark!", we called simultaneously. A splendid self-find... or so we thought, until that nice man Richard Moores (and Norwich pub referee on self-found lists) pointed out that the bird seen by James Gilroy nine days previously (and a week before that) had also been seen three days ago. Chances are it was the same bird, although it is rather surprising that with 300 people on the Point yesterday, not one saw it. Perhaps it was fresh in - and thus a new bird? 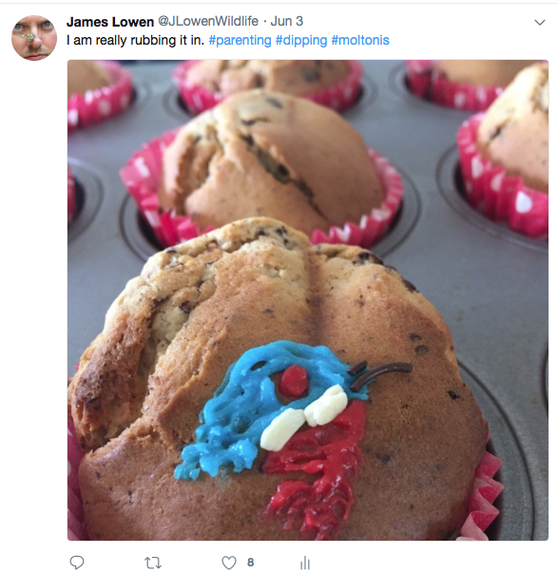 Dave and Phil invited me, Will and Stu to join them to walk Blakeney Point on Saturday morning. I couldn't as Will and I had a botanical engagement elsewhere. Stu had family commitments. Will and I had fun - although we were gutted to turn the wrong way at Landguard Point and thus miss finding a greyish 1st-summer Rose-coloured Starling (we later had brief views, and found a U-turning Hawfinch, a most unusual June migrant). But Dave and Phil had more fun, as they found a first-summer male Moltoni's Warbler. Swines. Great effort though, now written up for Rare Bird Alert.

Phil - wanting seconds of his own bird - joined me, and again we walked west up to Point into the gloom. 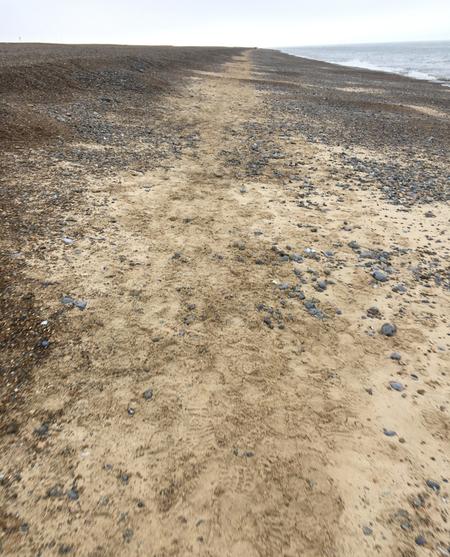 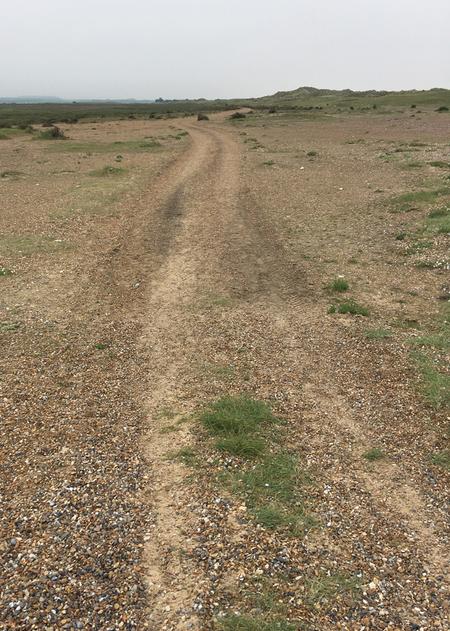 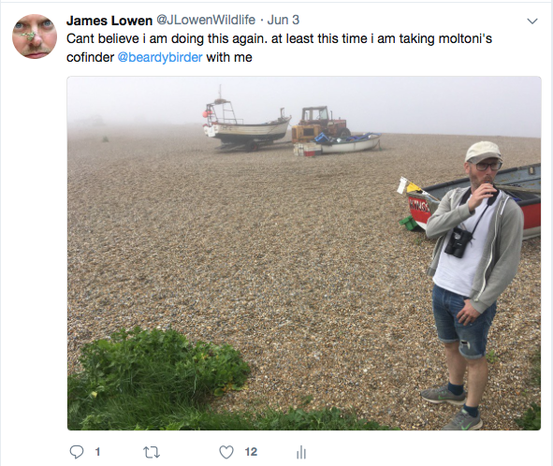 Also hanging round the Point were Reed Warbler, Spotted Flycatcher and glimpsed phyllosc that was presumably a Chiffchaff. Phil and I failed to find anything on the way back east - and were thus rather annoyed that a PaddyfieldWarbler was found at Halfway House the following afternoon (having perhaps been glimpsed by Yoav at the Point earlier that day). We did, however, find two Hedge Tortrix Isotrias rectifasciana. This is a poorly known (and rather smart) micro moth, with no records particularly near Blakeney Point.

Distant, but a cracker. A faded 'Subalp' with pink wash to the underparts brightest on the throat, an indistinct white moustachial, brown wings (indicating 1st-summer) and head darkest in front of the eye.

The weather was perkier, and the Moltoni's Warbler still showing. We didn't have long to wait until we got about 20 seconds worth of views as it hopped about some brambles. We were 70m or so from the bird - less disturbance to it but poor views and photos. Here's a full-frame followed by mega crop of the same image.

Dave and Phil leaked us the news as Will and I were having a fry-up, then tweeted it out once they had discussed with wardens. Will was sanguine; he saw the first Blakeney Point bird. I was gutted, as I was playing cricket two hours later and wouldn't be able to get up that day. Unless cricket was rained off... which it eventually was just after 1730. I sped north and, still clad partly in cricket whites, hiked west... 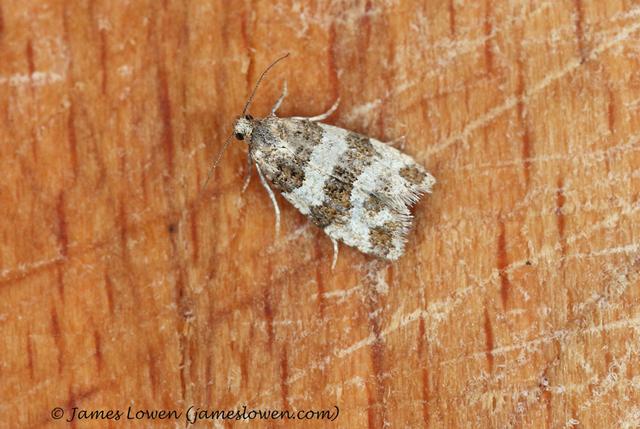