First up, given the title of this blog, let's have a look at four of the candidate Eastern Lesser Whitethroats (subspecies blythi). First, Beacon Lane, Kilnsea, on 5 Oct. This bird showed an extensively white outer tail feather, was the palest of the quartet (even rather greyish on the mantle) and had a subtle (at best) gradation of brown into the nape. It gave a repeated 'tak' call (as both blythi and nominate curruca do). Were it not for the outer tail feather, I would personally think it the least convincing of the quartet. 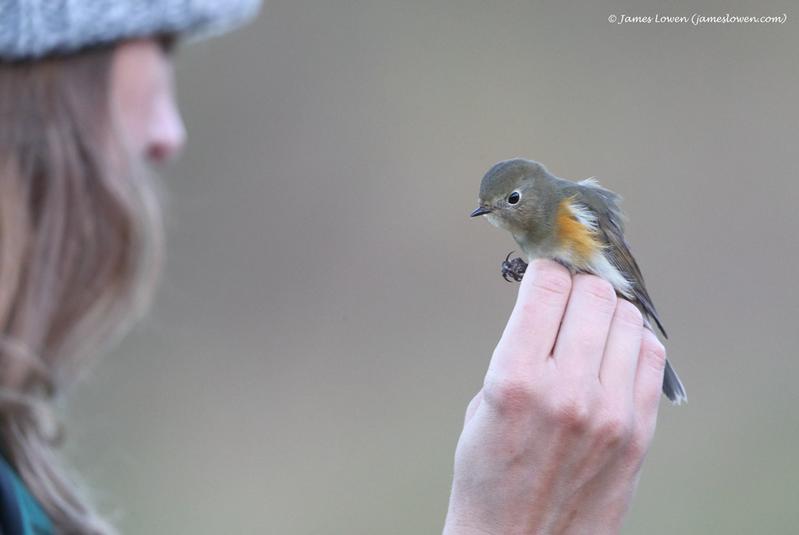 Dammit, how I yearn to have the heart-pump of one of these leaping out in front of me! It has yet to happen to several of the best bird-finders, and yet another found at least three when they were genuinely very rare, and three of our pub-going friends have found the species at the same site.

Here's a ringed bird from the Humber-side path at the triangle, Kilnsea. We saw this individual briefly the previous day at the Obs. It is hard to judge much on the outer tail feather, but this is a nice brown-backed, darkish, brown-naped individual with sullied underparts. It gave a repeated 'tak' call.

Seeing Yellow-browed Warblers at close range - and low down - was a real treat. We also had a really intriguing wing-barred Phyllosc that will probably merit a separate blogpost.

Finally, here's one from Wells, Norfolk, on 3 Oct 2020. I got no images of the outer tail feather during its brief showing, but this is a dark brown individual with brown going nicely up the nape. It didn't call.

I am back to base after five days birding the east coasts of Norfolk (near Wells) and Yorkshire (Spurn area, with Dave Farrow and Phil Saunders). It's been a thrilling few days, with Saturday producing a really good fall of migrants on the back of wet easterlies. Slightly frustratingly, I failed to find anything rare: the best in Norfolk were single Barred Warbler (in an isolated bramble clump in a saltmarsh), a Long-eared Owl and candidate Eastern Lesser Whitethroat i, and (together with Phil/Dave) a Grasshopper Warbler and two candidate Eastern Lesser Whitethroats at Spurn/Kilnsea (plus one other of the latter seen). (In Yorkshire, we also failed to twitch successfully, missing the Western Bonelli's Warbler, Olive-backed Pipit, odd white-rumped Stonechat and other bits 'n' bobs!) But such relative failure-to-find means nothing in the context of constant birds. On the Norfolk saltmarsh in particular, the Barred Warbler's chosen handful of brambles and a line of sueda held a hundred-plus migrants - including Yellow-browed Warbler, Lesser Whitethroat ssp., Jack Snipe and several Common Redstarts. But other moments were also magic: picking up a Radde's Warbler on call in Norfolk (click to listen) raised adrenalin levels even though I knew Ash Saunders had found it already somewhere at the site. Two further Barred Warblers. More October Tree Pipits than I have ever come across. Loads of Chiffchaffs and Blackcaps and Robins all over the place. Song Thrushes exploding from bushes. Yellow-browed Warblers showing beautifully at Spurn (in a way they never seem to do in Norfolk). A lovely Dotterel at Kilnsea. Several Short-eared Owls. Even a first-winter Caspian Gull on the Humber shore. It was thrilling stuff throughout.

We had barely got out of the car at Kilnsea on the first morning when the radio announced that a Red-flanked Bluetail had been caught. I've not seen one in the hand, so we had a look as Sarah Harris paraded it along a socially distanced line of observers. 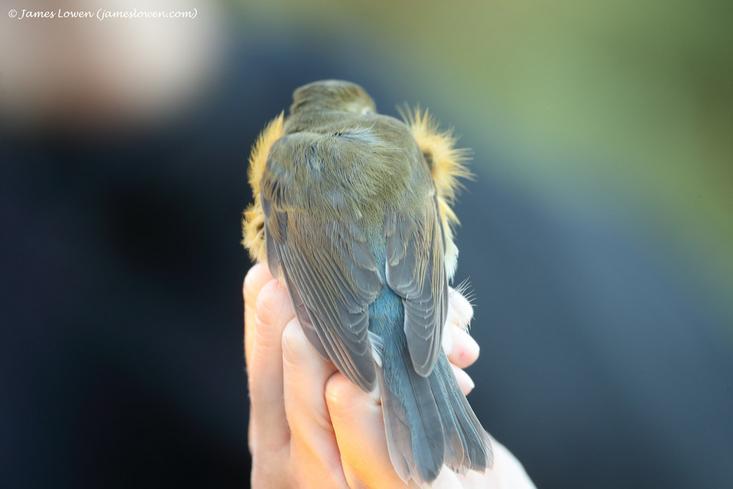 Finally, a selection of images of other birds that caught my eye. A thrilling five days: let the easterlies return!

This bird was at the Point Dunes, Spurn, on 4 Oct 2020. It had the brownest nape of the lot and a lovely silvery panel on the secondaries (which I've not knowingly seen on a Lesser Whitethroat previously). I don't recall it vocalising - but doubtless Phil will put me straight if that's wrong.