Some of these shots show a few other features, notably the relatively plain tertials, not particularly contrast alula, short primary projection, and emarginations on primaries 2 and 3 (numbered from outside in). Yellow soles to the feet are apparent though the legs seem to vary in tone between brown and grey.

I was only a few minutes away from a Rose-coloured Starling at Roughton, so it seemed daft not to take a look. A first-summer bird, given the greyish rather than 'pink stink' plumage. 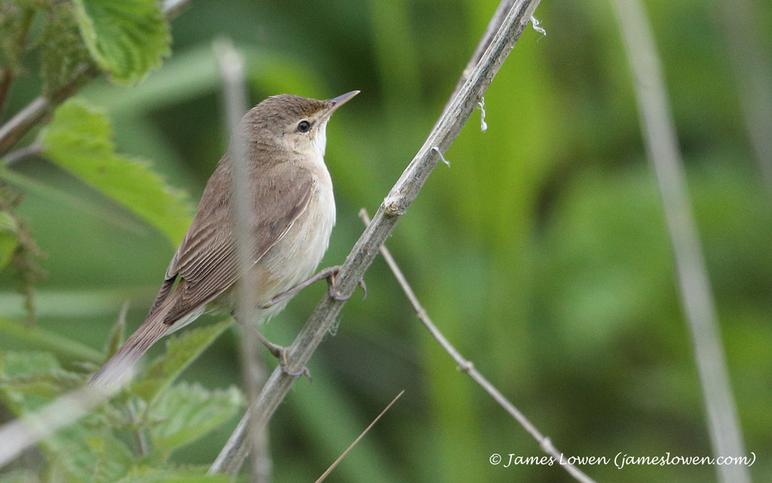 Keeping apart from the birders meant that I missed the first couple of showings, but lucked in on its best (if brief) appearance during the couple of hours I was there. I liked the hefty bill, sloping forehead and peaked rear crown on this image, together with the rather contrasting face pattern comprising dark lores, fairly broad foresupercilium just about reaching behind the eye, and white lower eyering. And the cold greyish tones to the upper parts. 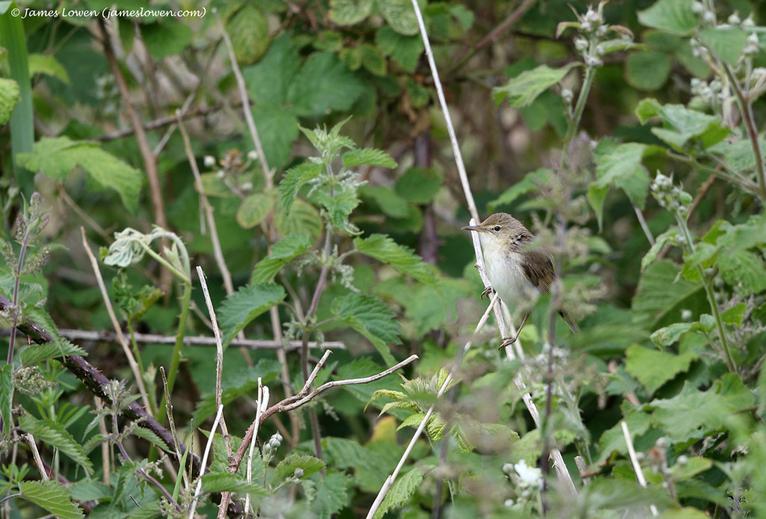 After really enjoying listening to the Walsey HillsBlyth's Reed Warbler singing late last month, the chance to potentially see a singing bird even closer to Norwich was hard to resist. So after work and homeschooling were over, I pooled over - still on the same tank of petrol as when lockdown started, note - and joined a by-and-large socially distanced group. The bird gave a couple of prolonged bouts of marvellous song, one of which is here (it gets better in the final two minutes).