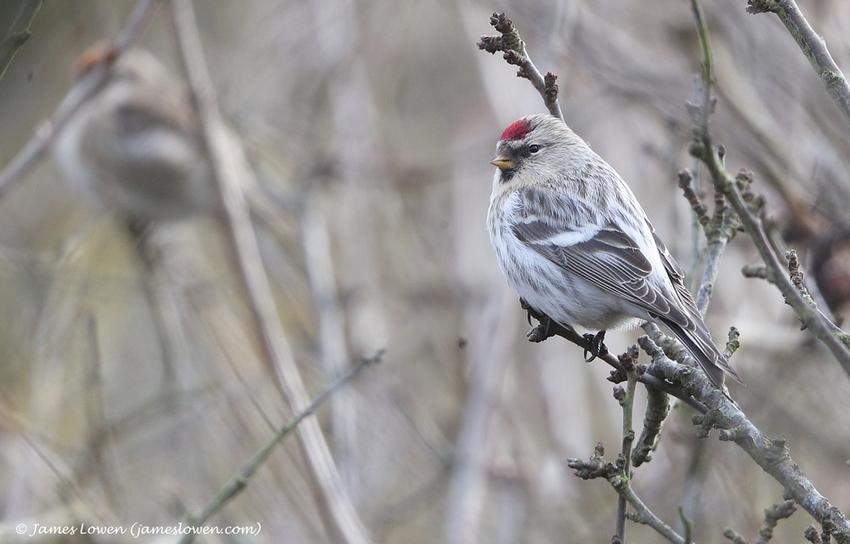 Nice light yesterday, unexpectedly. So I beavered through urgent work then played truant, heading south-east into frosty Suffolk. I had four photographic targets in mind. The primary one deserves its own blog - so you'll have to wait for that. The second- and third-most important photographic aims eluded my camera; the Wrentham Hawfinches only showed for me in flight (although were pretty vocal) and I couldn't find the Eastbridge Glossy Ibis at all. The latter was rather frustrating, as it was reported an hour before I arrived, and Guernsey Dave had promised that I could 'do damage' with it (i.e. take nice pictures of it). So I 'made do' the Hazelwood Common Coues's Arctic Redpoll,a bird I had photographed a few weeks earlier. Why, you may ask, have I made a repeat journey for this bird, when there are several in Norfolk, much closer to home? Simples. The Norfolk birds are neither bright nor showy. The Suffolk bird is very smart and, with a bit of patience and dollop of luck, performs reasonably well. And so it proved on this second visit. Initially, I watched the bird at about 50m range as it fed with Lesser Redpolls and a couple of Mealy Redpolls in a recently ploughed field. No hope of photos though. Eventually the flock retired to the hedge by White Cottage to digest their seedy intake. They were mostly obscured but eventually the Coues's hopped onto a perch where I could photograph it. It stayed there for about 90 seconds, blinking but otherwise unmoving, while I rattled off about 300 near-identical frames. I'll spare you 299 of them, and just give you one. A lovely bird.