Soon the reason for its disappearing act became clear. The butterfly buried itself in a bramble hollow out of sight. When it flew, it relocated to a bramble stem where it was back on and thus hard to pick up. For a whole hour while I was there I couldn't even see it, as its skulking capability rivalled that of the Barred Warbler with which it had shared the patch on the previous day. Only twice did I get the butterfly in full sun - and both times it was partly obscured. No crippling shots then, but what a butterfly! 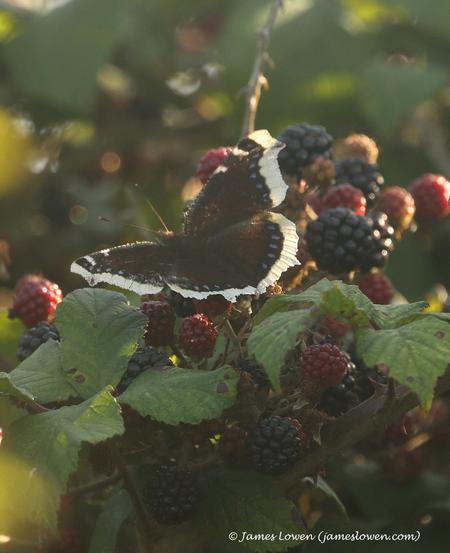 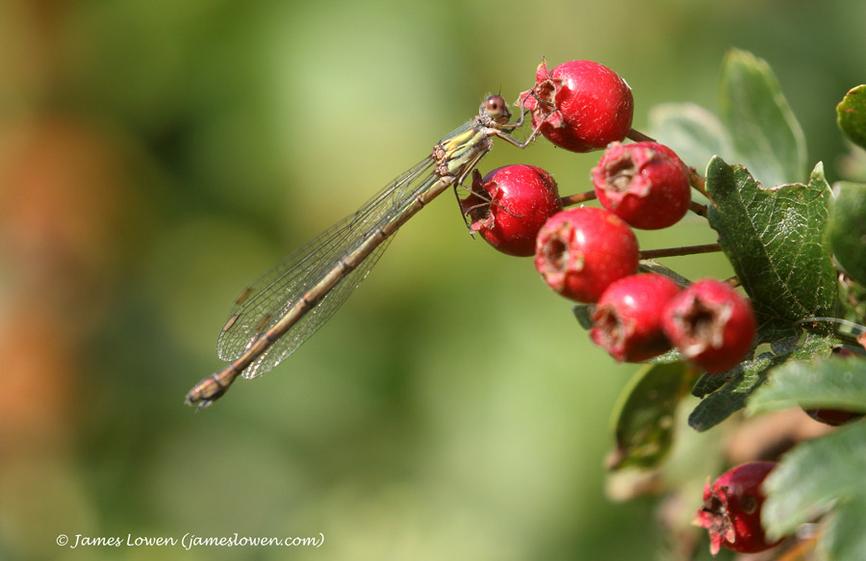 There were plenty of butterflies around on this hot morning: Wall, Painted Lady, plenty of Red Admirals, whites and Small Tortoiseshells. I began to feel mildly helpful. Perhaps the Camberwell Beauty would have roosted overnight in the bramble patch, then emerge into the warmth to feed on the fruit? Reaching the former boardwalk area, however, it became apparent that there was no sign. One photographer walking away, two others (including Trevor Ellery) prostrate. My spirits sagged. But as I walked past the first bramble patch, a massive black shape with a broad white fringe flew directly at me then buzzed off towards the apple-tree brambles. It was here!

News of a Camberwell Beauty - a huge butterfly that I had never seen anywhere and a vagrant to the UK - at Burnham Overy Dunes on 7th got my pulse racing. I didn't act on first news, because the report seemed to have a little uncertainty attached. But when Steve Gantlett confirmed that the butterfly was both real and present, I scrabbled together my things and set off north-west. And then turned round when Steve conveyed negative news: the butterfly had disappeared. However, given that I cannot recall a twitchable Camberwell Beauty during the years I have been interested in butterflies (aside from the invasion year of 1995, when I was in South America - but other friends had one fly in off the sea at Blakeney Point, only to fall into the shoreline waves, and another friend assumed he had been smoking a Camberwell Carrot when it flew past him at Wells: "What country am I in?" he is reputed to have asked companions), I thought I had better give it a go the following morning. Gotta be in it to win it, etc. On the way down I checked Whin Cover and the seawall sueda for migrant birds - to little avail. A Willow Emerald Damselfly in the former was interesting and my first of the year.