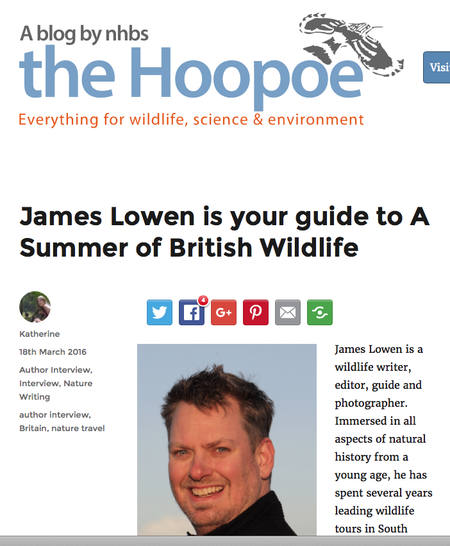 NEWSPAPERS 2
Extracts from A Summer of British Wildlife featured in The Guardian's special pullout called WILD in April.

I was also invited to contribute a photo-essay to the same Guild website.

On 17 June, Chris Packham interviewed me about the book on BBC2 Springwatch Unsprung. Packham described A Summer of British Wildlife as 'a brilliant idea'. Watch the interview here on iPlayer or below. 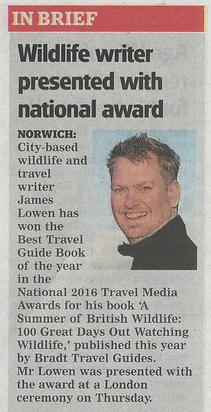 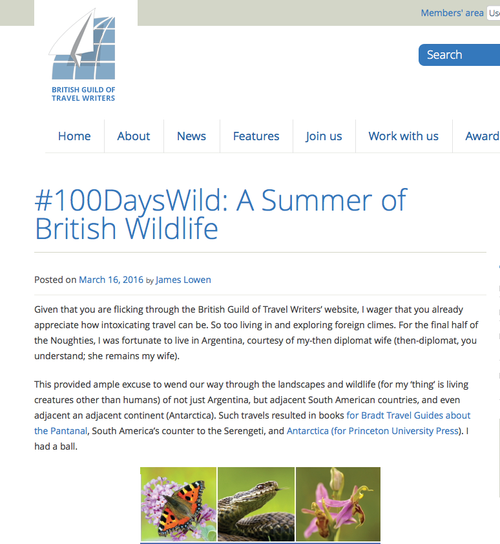 There has been plenty of media interest in the book since it was published in March 2016: TV, radio, newspapers (national & regional), magazines, and online interviews. Here is a taster. 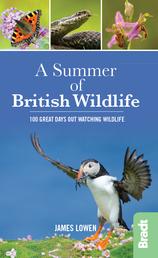 A summer of British wildlife: 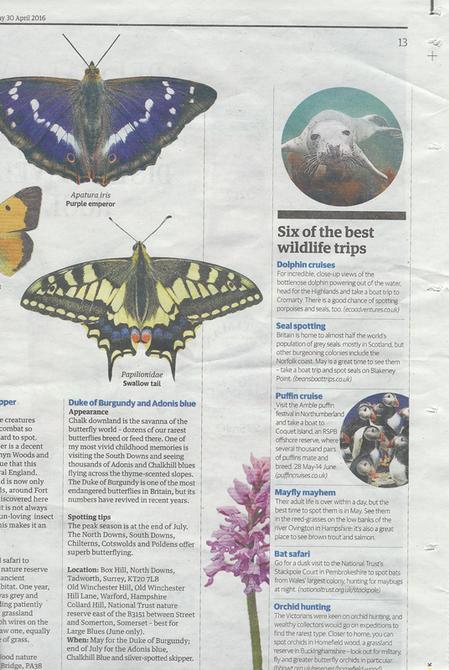 Natural History Book Service interviewed me for their blog, The Hoopoe, in April. Click here to read.

I wrote an article for the British Guild of Travel Writers website about the book.

RADIO
In late May, I was interviewed by Keri Jones for the all-new Great Destinations Radio Show. 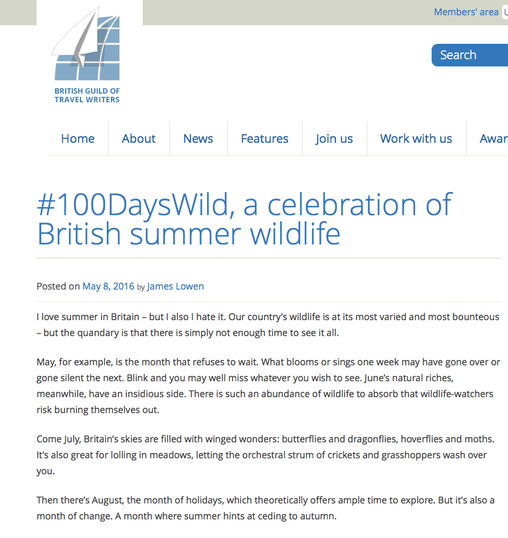 The book is being serialised in the Sunday Telegraph, with several days being featured in the Discover (travel) section once per month between May and August. Here is the first, being read in a cafe in Cornwall!

In October, the Eastern Daily Press and Norwich Evening News celebrated my victory at the Travel Media Awards. 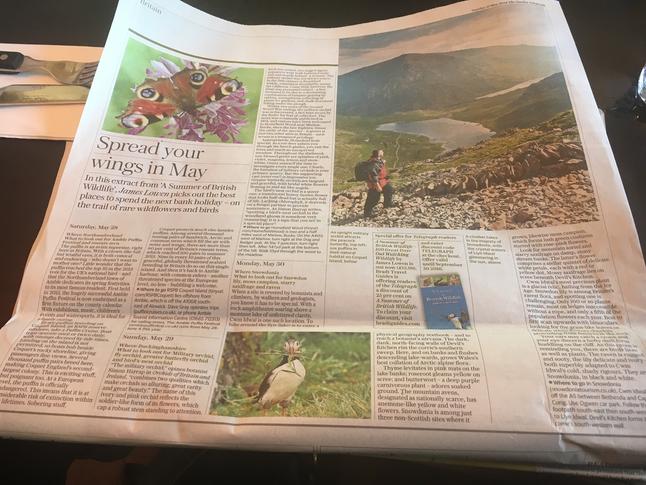 There are also bits and bobs on social media. There is an active site about British summer wildlife on Pinterest. Bradt and I are tweeting under the hashtag #100DaysWild. And there will be something on Instagram soon.

Author and naturalist Mark Cocker wrote a piece about me and the journey I capture in the book for the Eastern Daily Press.