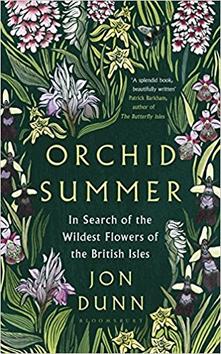 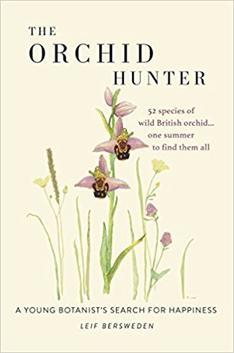 There should have been a third book in this mould. Mine. This makes reviewing the pair that made it into print somewhat bittersweet. I was inches away from getting a book deal with a leading publisher for a near-identical concept. Then my publisher learnt of Dunn's book and got cold feet; he didn't want to 'divide the market by going head-to-head'. I had quit my job in readiness for the quest, but would not have my own orchid summer. In time, I swallowed my grief, got the measure of my jealousy, became friends with Dunn (who, in the interests of transparency, provided a cover quote for my latest book, 52 European Wildlife Weekends) and followed his progress with avid interest, yearning to see his tale in print.

Unsurprisingly, there is much overlap in the substance of the two books, even though they were conducted three years apart. Bersweden and Dunn target the same 52 species, often at the same sites. Both quests make for enjoyable – often thrilling – reads. Both are written by authors who know their stuff yet manage to wear their learning lightly. Both are enchanting additions to the burgeoning cabale of English-language nature-writing. Both are joyous, enriching celebrations – eulogies to an orchidaceous world. Either is utterly worth reading. But why choose between them? Why not read both?

I enjoyed both books, and rate them highly. That said, you wouldn't have to push me too far into a corner to declare my strong preference for Orchid Summer. This is because, beyond their superficial similarity, the books (and their authors) are actually rather different - and Dunn's approach resonates more with me than Bersweden's.

Bersweden is a proper (for which, read near-exclusive) botanist; Dunn a rounded naturalist. Bersweden had the luxury of time, being on a gap year between school and university – and could afford to take as long as a week to locate particular orchids, or to return if he missed them first time round. Dunn had a job for the duration of his orchid summer, lived on Shetland and was dependent on weekend smash 'n' grabs involving planes, a hire car and little sleep.

Bersweden's youthful impudence contrasts with Dunn's worldly maturity. The difference finds its clearest manifestations in the authors' respective quests for Britain's sole wild Lady's Slipper Orchid, hidden away in the Yorkshire Dales. Jon thinks it irresponsible to draw attention to the Lady's secret location and resolves not to visit. Leif has no such reservations, spending several days yomping across Yorkshire then apparently discovering the site by accident.

The difference in life-stage is also apparent in the author's respective treatment of mishaps. This is Bersweden's first big life adventure. Scrapes – a car breaking down, getting lost – thus understandably provoke exaggerated emotions. But their repetitiveness grates; and the focus on them reveals immaturity. Dunn doubtless has similar escapades, but thinks less of them. He majors only on being verbally abused and intimidated by oiks on a Cumbrian lane and by a genuinely safety-threatening incident following a storm on a remote Hebridean island. Their impact is the greater for being underplayed.

Bersweden's book is riven with adolescent insecurity. A desired love affair is briefly requited then painfully lost.  Orchids provide Leif with a steadier partner – yet he yearns for the affirmation of a companion with whom to share his love for plants. Dunn wears no such heart on his sleeve. We learn relatively little about him – and he underplays the emotionality of his quest, letting the plants dominate.

Dunn's writing is richer and denser than Bersweden's; there is vastly more depth to Orchid Summer. Whereas Berswerden's primary aim is very much to see every single species and his narrative is thus linear, Dunn seems almost to forget how many types he has seen, instead prioritising the weaving of a cultural and historical tapestry. Dunn also wishes to reveal more of the variation within orchids, proactively seeking out named variants and tracking down obscure hybrids. Dunn's botancial year is so much more than a checklist.

Please don't think that I am dissing The Orchid Hunter. I greatly enjoyed it. Bersweden has many nice turns of phrase. His book is far better written than might be expected of such a young writer. I would have been over the moon to write that well in my early twenties. But Dunn's brush brings better texture to the landscape he depicts, and his exploration of orchid-hunting histories so much more flavoursome.

There is a downside to Dunn's depth of treatment. Sometimes he gets a little too detailed, a little too carried away. This risks losing some readers. Berswerden's lighter approach may thus appeal to a wider audience. His present as a science communicator is strong, but his future is even mightier. The Orchid Hunter also indulges its readers with colour photographs of each species of orchid – which again should widen its appeal. Orchid Summer would have been wise to include the same, particularly given Dunn's explicitly painstaking efforts to photograph each interesting plant. Presumably tight publisher budgets dictated otherwise.

Only one element rankles on both books - the same opportunity, twice missed. That said, I suspect even this speaks more to personal prejudice (and the proposal I wrote for 'my' non-book). I feel that neither author really penetrates below the surface of orchidelirium, the obsessionality that pervades the world of orchid-lovers. Neither fully gets to grips with quite why orchids so intoxicate. Bersweden focuses almost entirely on his own experience. Dunn comes closest with pen portraits of occasional fellow enthusiasts whom he joined on his travels, the colourful, fast-driving Richard Bate being one, and his musings and inferences on the origins of the Dorset Sawfly Orchid, which I twitched shortly after it had been wrecked by Storm Katie. But there remains scope to for him to have explored the psychology of orchid-hunting. If only there remained market enough for a third book...

It has been a long time since I have awaited publication of a book as eagerly as I have Jon Dunn's Orchid Summer. This marvel was published in early April, just as Dorset's Early Spider Orchids were contemplating inflorescence. The wait could have been tempered had I first opened Leif Bersweden's The Orchid Hunter, which was published a few months previously. But I heard of Dunn's book first, so I elected to read that before Berswerden's. This review covers both books. Both are summer-long quests to see all the species of orchid growing in the British Isles, both are celebrations of our most fabulous flowers, and both are cracking reads.