After a brief stop to listen for Quail at Wiveton Down (nowt doin'), we finished the day at Holt Country Park. A dozen Silver-washed Fritillaries showed well, but there was no sign of the valenziana form seen here recently. Nor any suggestion of Broad-bordered Bee Hawk-moth. A couple of White Admirals were rather faded, but my first four Adder since spring very welcome. A Slowworm and two tiny Common Toads were fun. This haul was all in the car park, where the biggest surprise was a Grayling that even nectared on Buddleia.

The highlight - indeed the reason I persuaded Dave that Titchwell would make a good start - was Dune Tiger Beetle. Having dipped these top predators at nearby Thornham last month, I was keen to make amends. Dave was interested as well, though admitted after 15 minutes of searching that he didn't have a clue what type of things he was looking for. Thanks to gen from warden Paul Eeles, we found three or four beetles in a shingle area between the new and old dunes about 400m west of the footpath. Brilliant insects - and one that even allowed me to have a brief fondle.

Titchwell offered plenty of taxa other than birds. A Chinese Water Deer browsed the saltmarsh. The best butterfly was Wall (a surprise along the Meadow Trail), the best dragonfly six Small Red-eyed Damselfies by Patsy's Pool (but no sign of the recent Red-veined Darter). Moths in the visitor centre fridge included two two ticks: Dark Spinach and the much-wanted Reed Dagger. 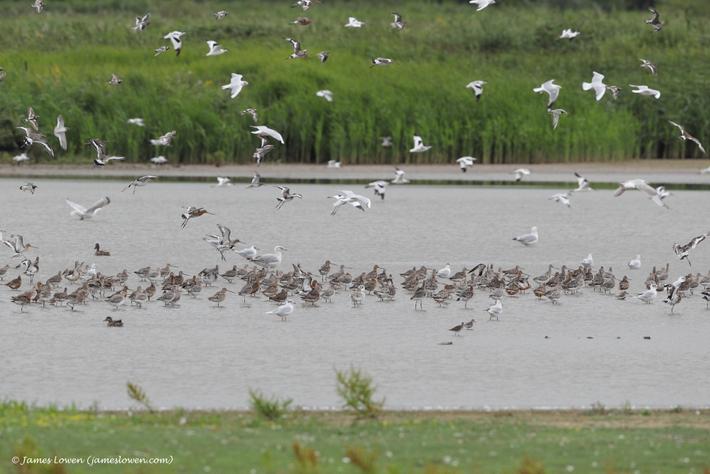 After a fry-up at the Thornham Deli (which copped a lower rating from Dave than the alternative of Burnham Deepdale cafe; you can tell he's still a Scouser), we tried a site new to both of us: Warham Camp. The old fort is covered in chalky grassland, with Devil's-bit Scabious, Stemless Thistle etc. It was full - and I mean FULL - of Chalkhill Blues. I have never seen so many: hundreds and hundreds in the small area we visited. Impossible to photograph properly, but a delight to watch. A Hummingbird Hawkmoth zipped by, and a Longhorn moth vanished before I could confirm its identity (cleverer people than me reckon it was Nemophora minimella or N. cupriacella). 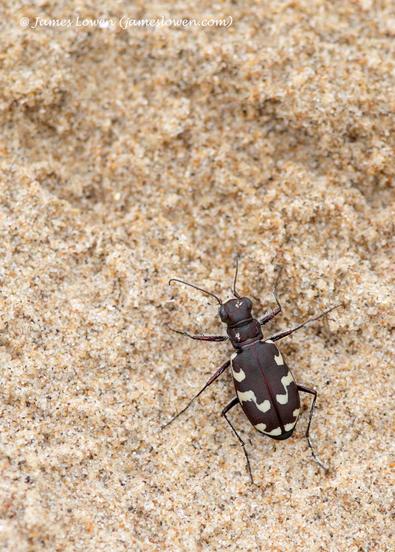 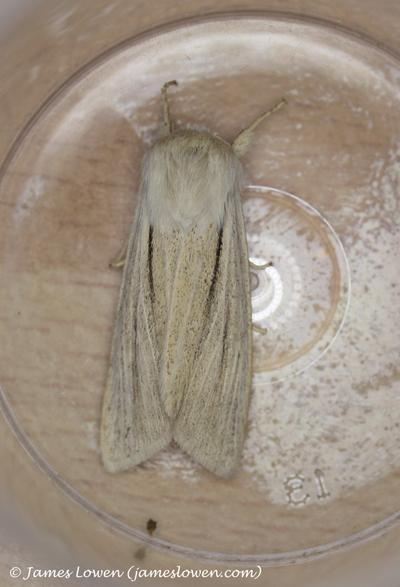 The afternoon ended in style when I located a female Great Crested Newt; the first time I have seen one out of water, and only the third time in all. A cracking Norfolk day, indeed. 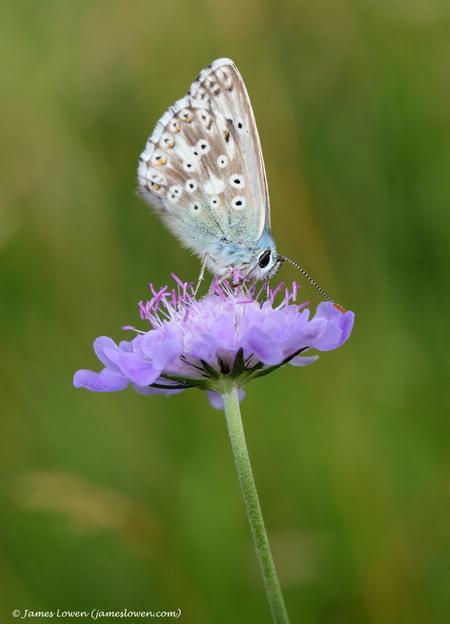 An impromptu day out with Dave Capper. There was nothing particular around and we effectively tossed a coin between Norfolk and Suffolk. Fate selecting my new home county made me realise quite what a quality wildlife-watching residence I now have. We started at RSPB Titchwell, not my favourite reserve - but one that really produced today. Ducks included Garganey and Red-crested Pochard. Gulls included two Med. Raptors included Hobby. Waders thronged the freshmarsh, and included showy Ruff, Black-tailed Godwit and Avocet which were duly papped. So too Wood Sandpiper, but the Curlew Sandpiper, Little Stint and Spotshank were too far for a shot. Ditto the dozen Spoonbills.  The place was full of birds; I reckon there's a baker's dozen of species in this scene.