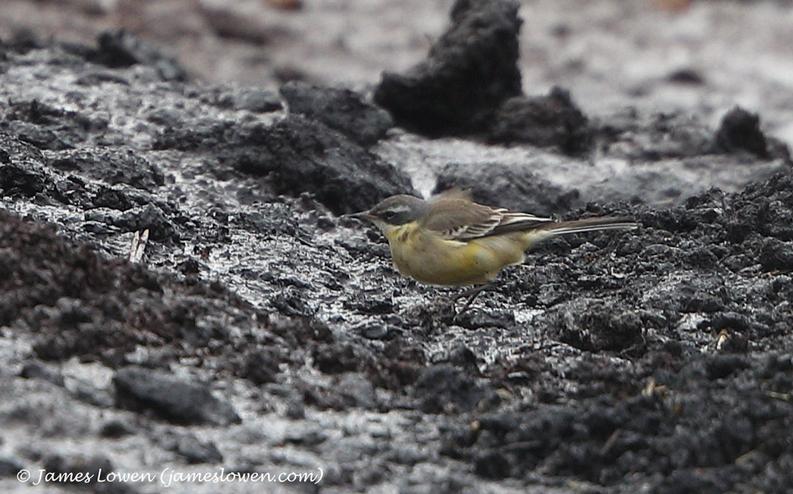 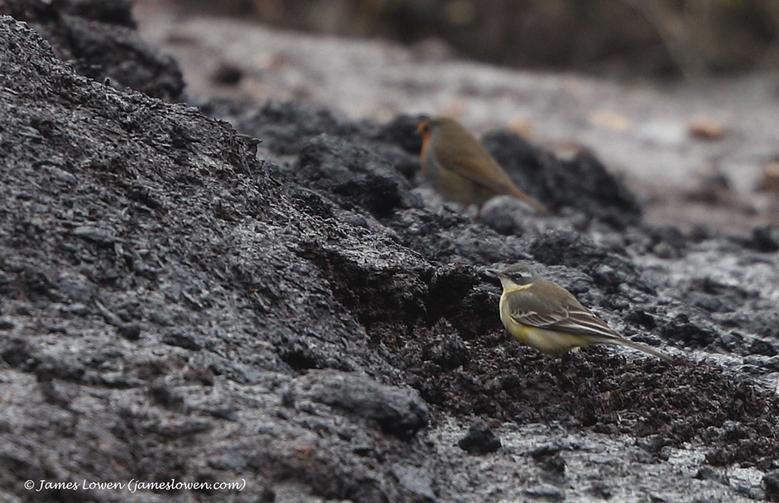 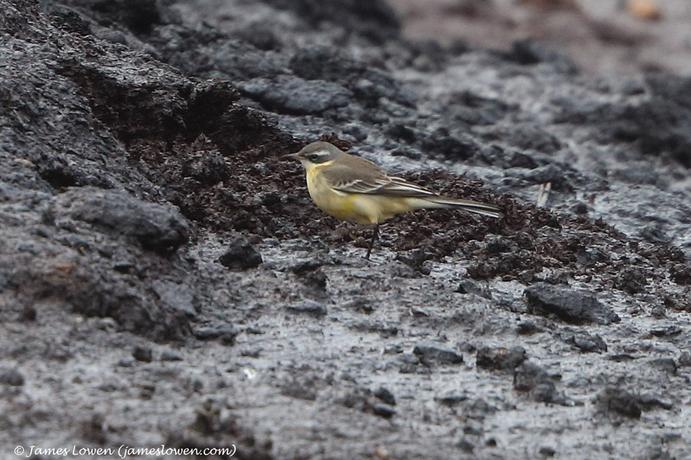 It was about time Norfolk had an Eastern Yellow Wagtail. After all, everywhere else seems to have had them this year. But Norfolk being Norfolk, the county had to do a special: a mid-winter bird, a male, and one with a mouthful of a name according to Rare Bird Alert: 'Blue-headed Eastern Yellow Wagtail', which seems to cover most bases. And Norfolk being Norfolk, it had to be found by James McCallum and Kayn Forbes, who seem to find pretty much everything in the county. Which other goose-watchers would be alert enough to listen out for Siberian wagtails? Last week, not only did I go to Sedgeford looking for geese, but I even turned my car round at the very slag heap where they found the Mouthful Wagtail yesterday. That certainly wasn't on my radar as I did a 7-point turn in the mud. Today, however, turkey having been collected, I could at least pay homage to James and Kayn's find. And a very pretty bird it was too. I only heard it call once - but it sounded very good (i.e. although a little different to the Walberswick bird [less explosively raspy]).

The bird showed well, but we weren't particularly close and the light was a bit dingy. So no stunning shots. But a very nice bird. Just right for a Christmas present.

Until the Walberswick bird, Eastern Yellow Wagtails were only allowed to be monochrome individuals. Now that we understand yellow to be fine - something, the Dutch inevitably knew years ago, which is why they have graduated to Little Whimbrels - I am even more confused than ever about what to look for. It was easier when they were lumped...