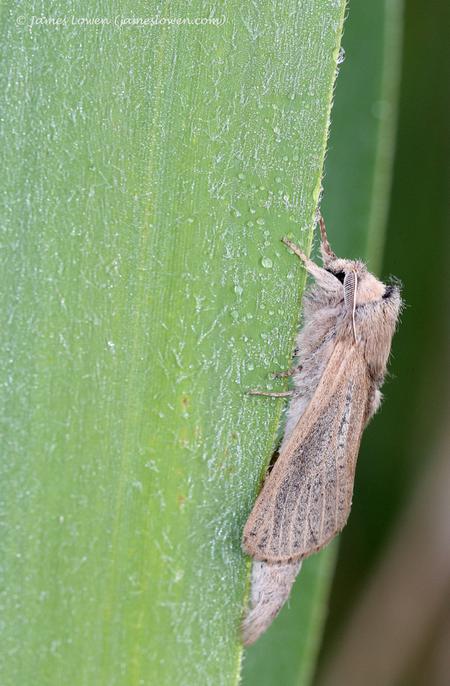 An amble along the Kent coast was profitable with several Rest-harrow (moths) on the abundant Rest-harrow (plants), which were also favoured by Crescent Plume (which loves Rest-harrow [plants]) and (the nationally scarce) Rest-harrow Piercer Cydia microgramma. We (well, Will and Ben) are still working our way through the other micro moths seen, but the list so far has (the rather lovely) Aethes tesserana, Epiblema costipunctata and Tinagma ocnerostomella pencilled on it, both of which are local critters. A Small Blue provided a welcome butterfly tick for Ben, and much fun was had to offset the exhaustion of an early start and late finish with eight hours of driving for Will in between.

I was dying for sleep, but couldn't retire quite yet. So, after I left Sutton Fen, I made my way to Mark Cocker's small planet of Claxton, following a tip-off about a Hornet Moth the previous day. Sure enough, I found one adult at the base of a poplar flanking the River Yare, and three larval cases. Hornet Moths are a wonder to behold. I can't believe they are real.

I managed about four hours sleep at home before heading out to join Mick Court at RSPB Sutton Fen in the Norfolk Broads. Lynnette Nicholson came along too to help Mick open the six traps he had put out the previous night at this charming reserve. Omens were good as a Hedgehog greeted us in the car park upon arrival at 04h30 - a mammal Mick rarely sees here. 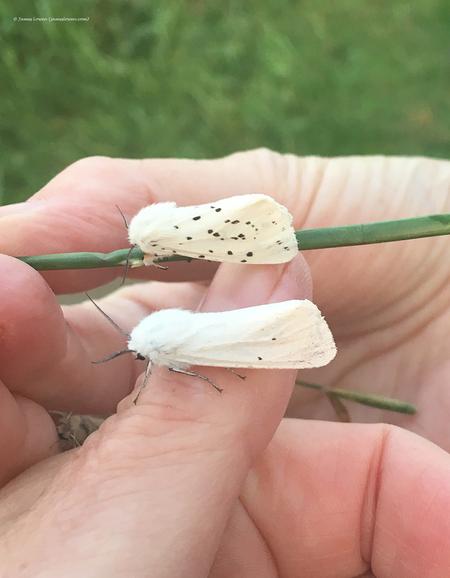 As we were going through the traps, Mick was a little downbeat on both numbers and diversity - ascribing this most likely to the previous night's full moon. Nevertheless, a quick totting up suggests we passed 100 species - and the quality was there in spades too, with Red Data Book and plenty of nationally scarce species. A lengthy list of goodies included 21 Reed Leopard, Silver Hook, four Water Ermine (see comparison with White Ermine below; longer and narrower), Dotted Footman, two Dotted Fanfoot, two Dentated Pug, Double Dart, Double Square-spot, eight Oblique Carpet, Dusky Brocade, Round-winged Muslin, two Silky Wainscot, 15 Flame Wainscot, Lempke's Goldspot, Puss Moth, 24 hawk-moths of four species, the quartet of reedbed micros (Donacaula forficella, 15 D. mucorella, 10 Chilo phragmitella, five Schoenobius gigantella), 11 Fen Crest Brachmia inornatella, the larva of Water-dock Case-bearer Coleophora hydrolapathella (a RDB), the very smart Hook-tipped Roller Ancylis apicella, and other things that needed identification. Perhaps the only things we might have missed were Reed Dagger and Small Dotted Footman (too early for the latter).

Yesterday, The Wingman and I were joined by Ben Lewis (RSPB Strumpshaw Fen warden) for a trip to Sussex chalk downland and the Kent coast. Scenery and weather were both outstanding throughout. 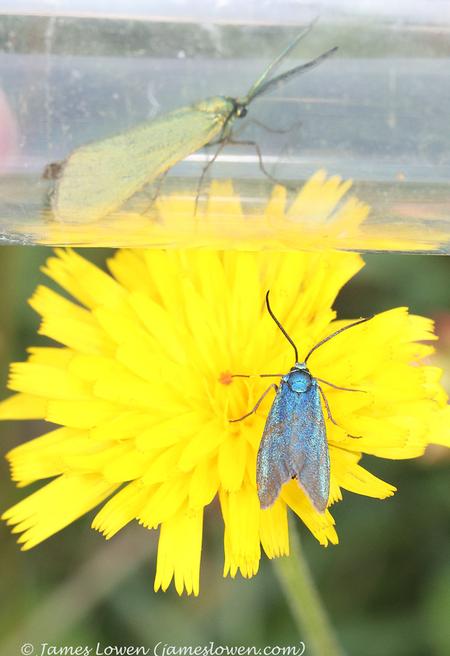 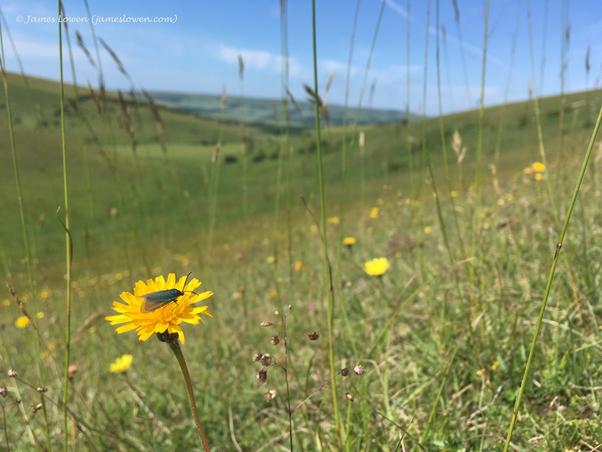 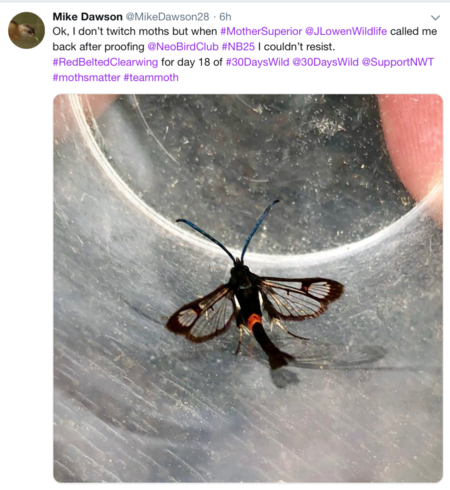 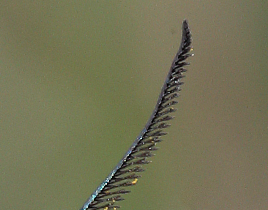 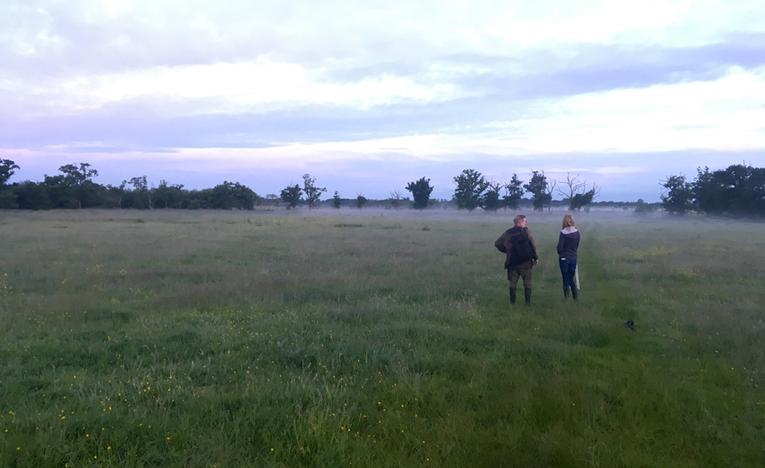 I finally made it back home late morning. In my four hours at home last night, I had remembered to turn on the moth trap, and was rewarded when eventually getting time to check it with a Dark Swordgrass, a classy (if not rare) migrant. Then Mike Dawson popped round for a coffee to get me to check over the proofs for the 25th Anniversary Issue of Neotropical Birding magazine... and I repaid his visit with a Red-belted Clearwing. Then, believe me, I slept...

In Sussex, we visited two Sussex Wildlife Trust reserves near Lewes for two closely related nationally scarce moths: Southerham Farm for Scarce Forester and Malling Down for Cistus Forester (with thanks to Dave Grundy for the tip-off and Graeme Lyons for the gen). We saw six Scarce Forester - the principal target for the day - with relative ease. But of Cistus Forester (which I didn't realise was even a possibility until after we had set off from Norfolk) there was no sign: perhaps over already. Check out (a) the size and antennae (and colour?) differences between male and female and (b) the male's more pointed antennae than the third species in the group, Forester.