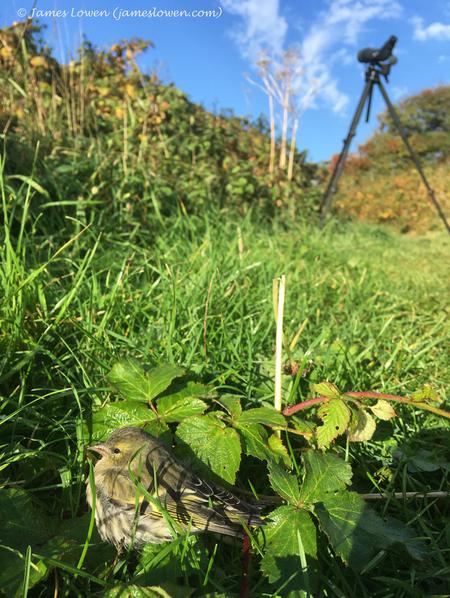 We found a Red-breasted Flycatcher - or thought we did, only to learn that presumably the same individual had been seen nearby at Waxham the previous day. A shame - it was exciting until then. A highly vocal individual (which was how we picked it up).

The bird was visible on the gutter from a nearby street, where a small group had congregated. They included one well-known Norfolk birder who had elected to wear pink, rather appropriately for the occasion.

We had a Yellow-browed Warbler in the hedgerow on the way out, plus a Redstart, two Whinchats and a handful of Blackcaps. Rather a nice morning - if no genuine rare. So it was time to return to New Costessey, via a local housing estate. There, the owner of a house kindly invited us in, so we could see the Rosy Pastor from an upstairs window. Without this, I'm not sure we'd have seen it at all, as it was surprisingly unobtrusive as it loitered in a roof gutter (when it was not out of sight in the garden itself). Shame about the twig in the way of the bird. I won't name the kind stranger here, but if he reads this... thank you. I just wish it had been in MY garden... 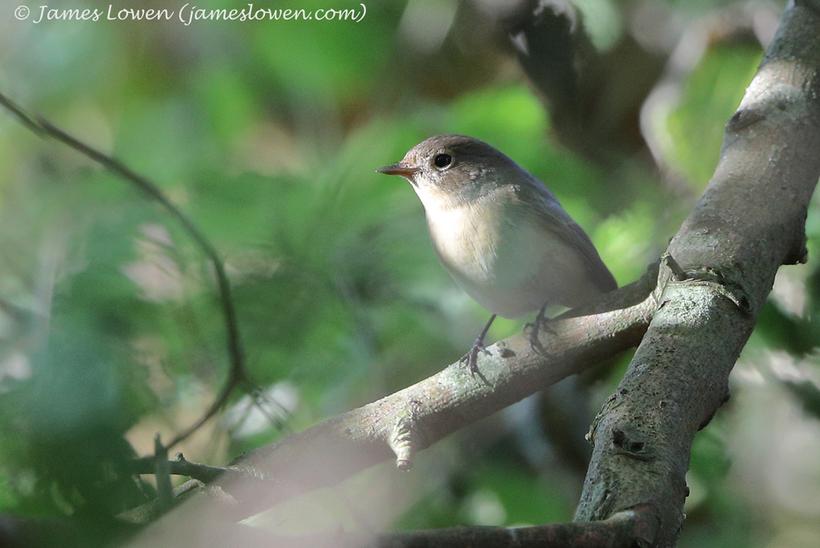 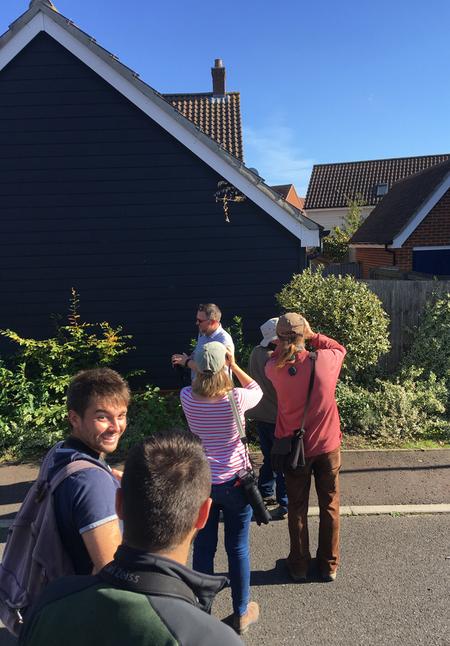 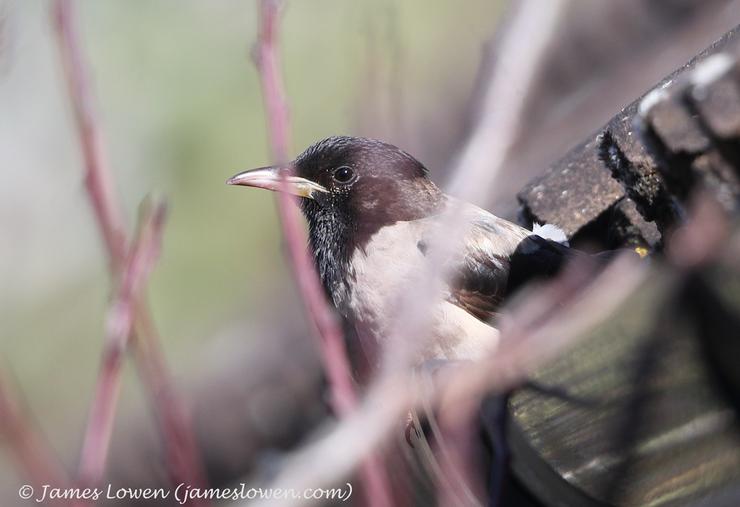 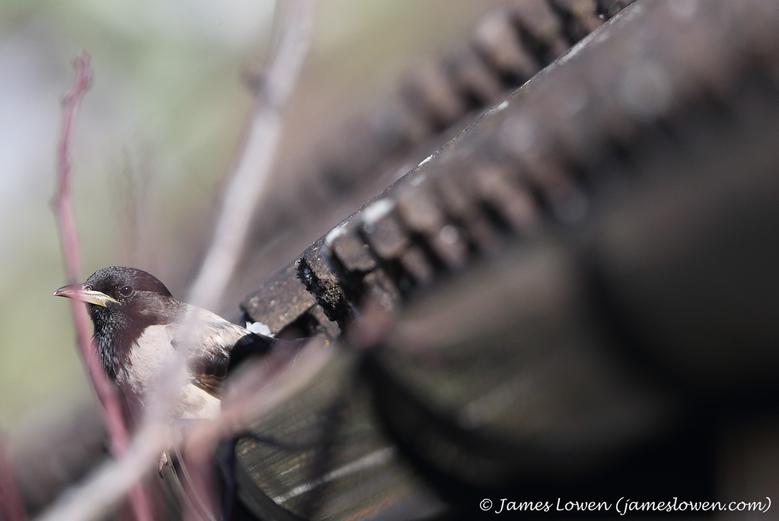 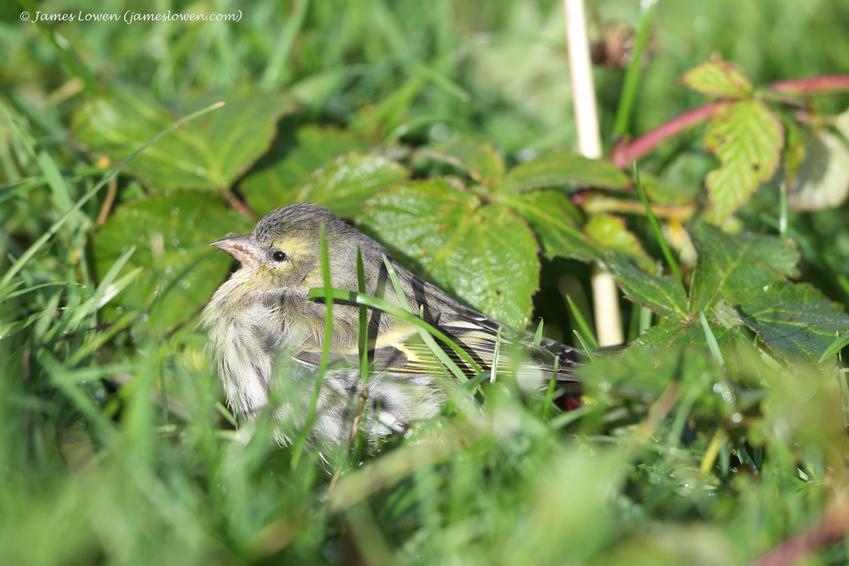 "James... is there a Rose-coloured Starling in your garden?" A rather unexpected question to get at dinner time yesterday. It wasn't in my garden, and Will Soar knew that full well - but it was in another New Costessey garden. I ran out of the house, drove to the relevant housing estate, and watched the sky darken. It was too late. The bird had gone to roost. A Norwich MEGA - not at my house, and surely could so easily have been. By rights, I should have been there at dawn this morning. But I had garden moths to handle, garden vis mig to observe (stacks of Song Thrushes) and a daughter to get to school. Oh - and an east Norfolk coast to bird, given that there were South-easterlies overnight and rain around dawn. And finding rares takes precedence over twitching them. So Dave Farrow, Mike Hoit and I met at Waxham and birded for a few hours, then moved to Horsey and birded for another hour. Waxham transpired to be full of Song Thrushes, with many in the bushes and trees, and three groups of 15-20 in-off the sea. About 30 Siskins flew overhead, and this youngster was clearly a bit knackered and allowed approach within inches. Migration is what it's about.