Here's another creature whose name I know. Frosted Green also seems to be having a good spring. 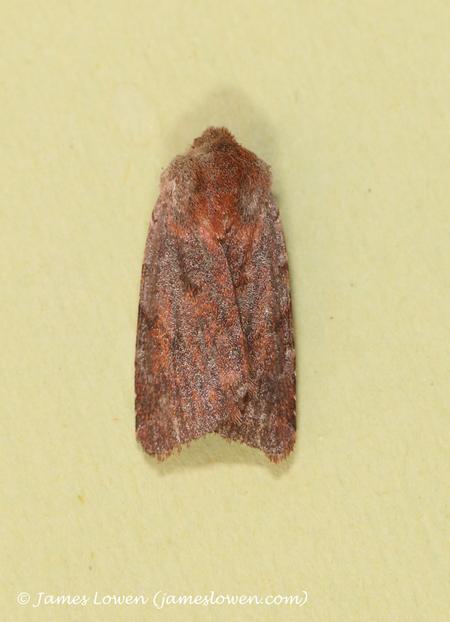 As for other critters, a Nomad Bee caused me anguish (as I was in entirely the wrong neck of the woods for hours until rescued by Phil Saunders, Will Soar and Mike Hoit - to whom many thanks), but it looks likely to be Marsham's Nomad Bee, although Gooden's was in contention for a while. Either way, it seems common in my garden, with up to six on a walk round.

And that's before I even turn to the hoverfly​ I caught... Identification conundrums aside, today's focus on the small and local has opened my eyes to the bounty that lives around us. And that, surely, is worth celebrating... with a refreshingly easy-to-identify and utterly wondrous Pine Beauty.

Mind you, not all the macros were easy either. This noctuid started out in my notebook as Red Chestnut, then morphed into Dark Chestnut, before finally returning to a poorly marked/abraded Red Chestnut again (it looked much duskier in life than it does on this flash-enhanced, Photoshop-brightened photo). It's probably something else entirely...

And then there's stuff whose identification will make my eyes bleed before the end of the night. This very small Andrena mining-bee, for example, which is common in the garden but very very fast indeed.

I have spent most of today gnashing teeth or tearing hair out as I fume at my ineptitude with mini-critters. So much stuff is just so small and I just cannot tell what they all are. This irritates me greatly. But I will start with some things whose names I do know. Above all, Dark-edged Bee-flies. These are having a spectacularly good spring - and not, I wager, just because we are all confined to our patios and gardens, and thus noticing them. I spend quite a bit of time in my garden, mooching or composing prose, and never have I seen more than three or so bee-flies at a time. This past fortnight, twenty has been a routine count. And what corkers they are. 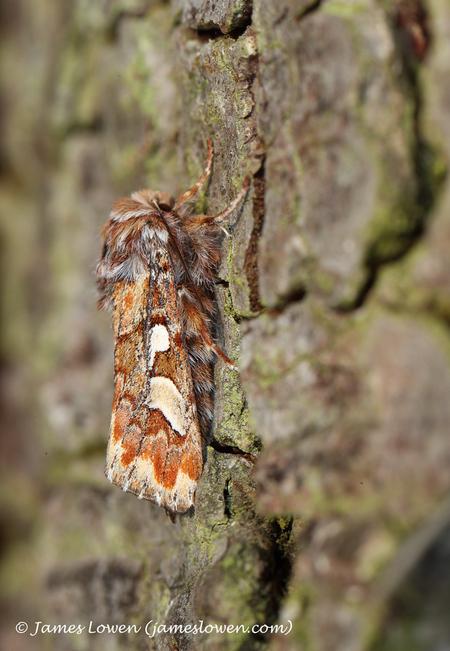 The Frosted Green was part of the year's best moth catch so far - 72 individuals of 24 species - unsurprising in temperatures that stayed as high as 15C for much of the night. These included (a) at least two new moths for me: Epermenia haerophyllela (Garden Lancewing; which sadly escaped before being photographed) and Phyllonorycter corylifoliella(Hawthorn Midget, a fortunately weakly patterned member of its look-a-like genus); (b) another apparent Caloptilia hemidactylella (Sycamore Slender) after my fourth for Norfolk the other night (not third, as I thought; there were two in Justin Farthing's garden last July - moreover, Justin caught another one last night too!); (c) a Caloptilia falconipenella (Scarce Alder Slender; nationally scarce and new for the garden); and (d) an intriguing but ultimately frustrating Acleris that looks like being A. schallerania (Viburnum Button), particularly given the little tuft-like scales visible, but would need its bits chopping to confidently differentiate from A. comariana and A. laterana. Confusing little things, micro moths.