On Monday it was 17C at midnight. For a moth-er, particularly so early in the season, such temperatures are an opportunity not to be missed. So in addition to running two traps at home (which garnered 130 moths of nearly 50 species), I sat out with my battery actinic in a local woodland until fatigue got the better of me sometime during the early hours. 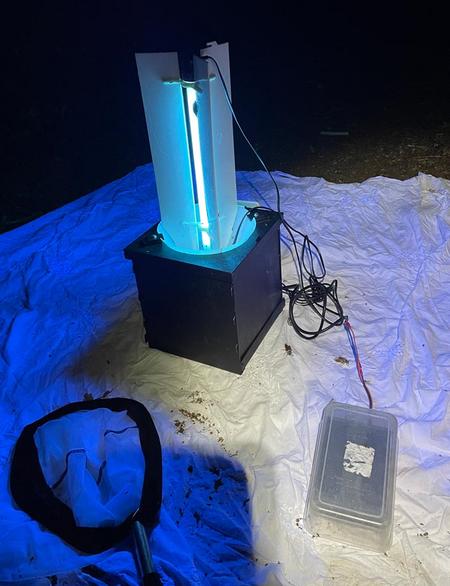 Sitting alone, in a lovely woodland, with wildlife all around me, was immensely uplifting - and also useful if indeed it has resulted in new dots being put on the map for poorly known species. It really got the juices flowing for some decent moffing this summer. Roll on the next warm night.

The habitat was mainly old oaks and birch, with some elms and limes. I was hopeful of Fletcher's Pug, a lime specialist, this being a species I have only caught once before, with the late and great Doug Boyes. No sign of that, sadly, but that didn't matter, for activity was constant. Mainly with ichneumon wasps (huge numbers!) but also many Cockchafers, including this amorous pair... 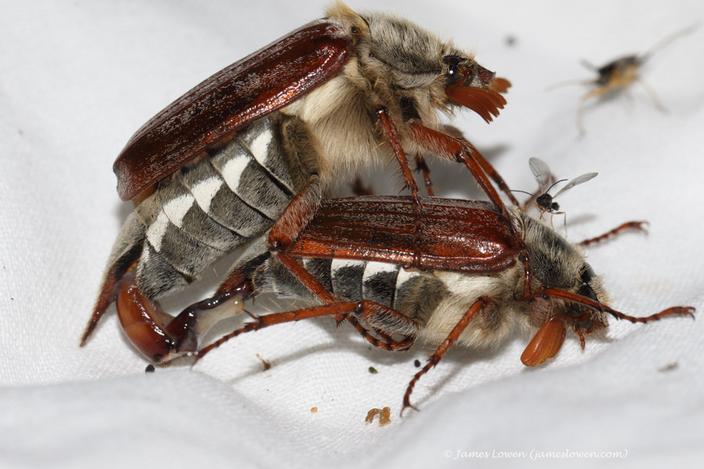 ... but also about 50 species of moth came to the single wan blue light, making me wonder how much more I might have attracted with a generator-powered MV. That said, the silence of the battery trap was a joy, so it is swings and roundabouts. Interestingly, particularly for folk who leave their traps to work wonders rather than sitting with them, only five individual moths (of perhaps 200) actually made it into the trap. The rest were on the outside, on the groundsheet, on nearby trunks (or netted and potted before they got that far). How much do we miss...? Anyhow, highlights among macromoths were Alder Moth and Marbled Brown, while micros included multiple Pammene giganteana (which I caught at the site last spring), a dead ringer for Pammene albuginana (though this would need gen. det. to confirm, and would be new for the 10km square if so) and the lovely knot-horn, Rhodophaea formosa. An apparent Scrobipalpa acuminata (an unprepossessing gelechid) would also be new for the 10km square if confirmed by gen. det.