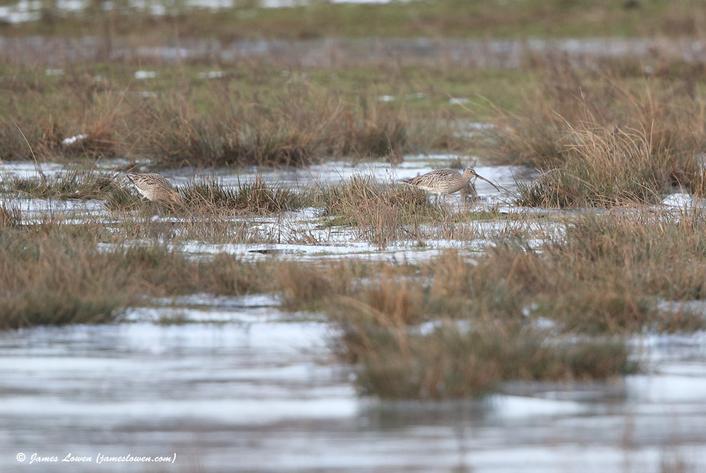 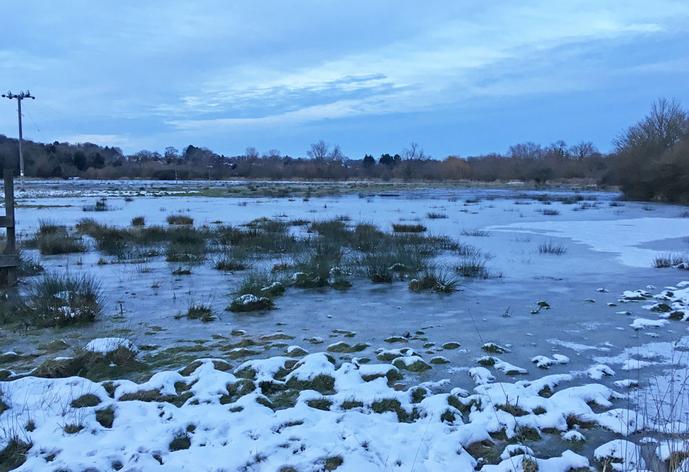 Whitlingham is having a purple patch (including a Black-necked Grebe yesterday, which attracted much local attention) and a brisk walk there produced a redhead Smew, Bittern and Scaup. Checking a few floods produced two Jack Snipe (feeding out in the open, but not close), numerous Common Snipe and Lapwing and - in the unlikely suburban location of Hellesdon marshes - two Curlew probing away in the non-iced areas (a nice find by Jo Dale).

Undoubtedly the highlight, though, was immense numbers of dabbling duck along the River Wensum around Costessey and Ringland - in places that normally hold none or thereabouts. Three separate flooded areas held birds and total were 105 Gadwall (where my peak count had been four!), 400 Teal, c20 Shoveler and c20 Wigeon. One small flood at Costessey Mill held 130 duck at a site where I had never seen more than 10 at a time! Sadly I missed the brief visit by a flock of 20 Black-tailed Godwits, but that didn't deny from a fine local birding experience in the now distant-memory freeze.

As city-entrance roadsigns testify, Norwich (immodestly, if not without good cause) proclaims itself to be a 'fine city'. With this weekend just gone seeing the last of the snow and ice, it was ripe for an unusual amount of local birding - in search of further displaced after last week's Dunlin and Scaup. Saturday rocked with a first-winter Caspian Gull (found by Graham Etherington) at Longwater: the bird was present again on Monday, when I nabbed a couple of shots.