Thereafter views improved markedly as the bird awoke and spent a long time apparently trying (but failing) to cough up a pellet. Either that or it had eaten one of the many frogs and was feeling rather ill. (Worryingly, the bird did a bunk that night: I hope it didn't succumb.) For Phil's wonderful video ('Tengmasm'), click here. 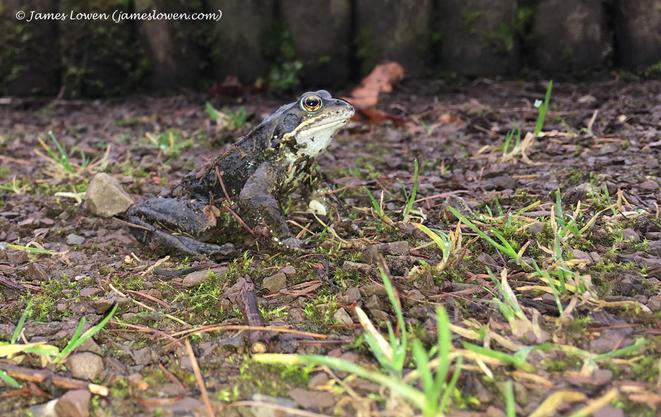 The ferry ride back was a little bumpy, given that we were heading pretty much straight into a force 8 gale. 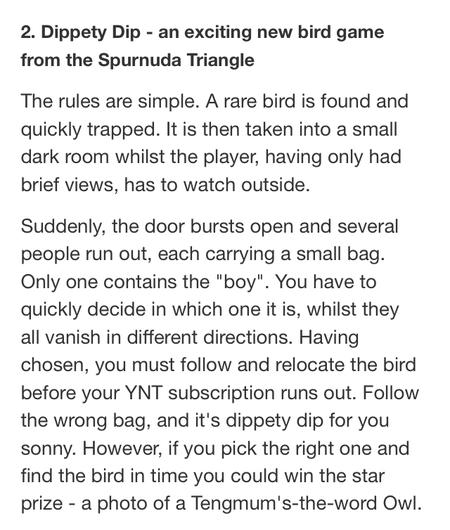 We looked at some pinpricks of divers and commented how 'real' Greylag Geese felt so different to feral monsters, then headed back to Tresta where the Tengmum's-the-word Owl was initially solidly asleep, but at least moreorless in the open. 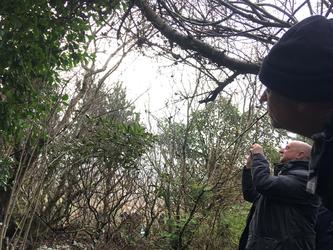 The Common Frogs at Lea Gardens were a wonder in their own right. Scores of them littered the paths, the pond was full of calling and mating animals, and thick with spawn too. Rare-bird news providers urged caution: 'do not trample the frogs'. They were right to do so. 'Watch your foot, Phil!'

Our final stop, just before dusk and in the pouring rain, was in Teesdale. Here seven male and two female Black Grouse showed well in roadside fields. A return visit in better light is needed. 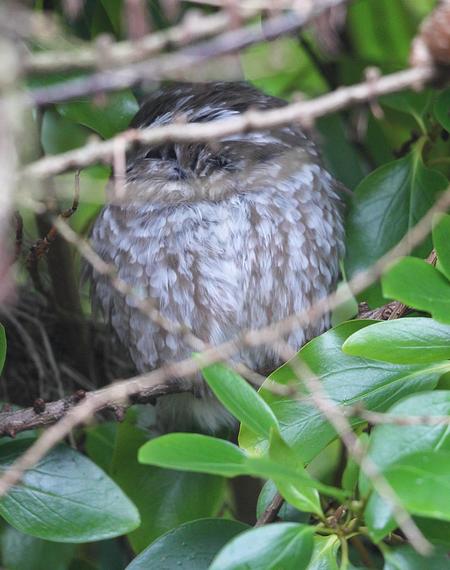 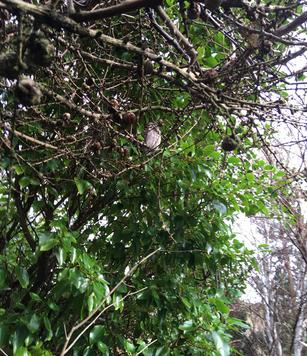 Hire car collected, we headed north - and Josh Jones messaged me just as we were pulling into Tresta to say that he had relocated the owl. Get in! Initial views were very close - too close for a 500mm lens to focus - but heavily obscured. 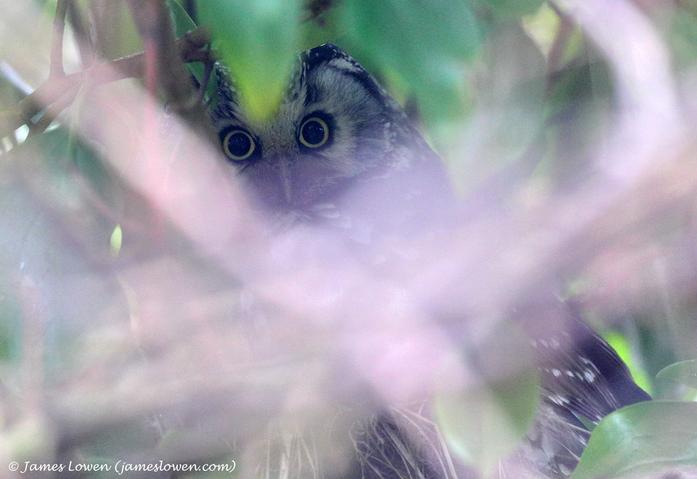 It was thus appropriate that when I finally made it to Shetland - three times I had accepted lifts, three times my wife changed my mind (and twice the carload dipped...) - that I should see there two co-creators of Not BB, Dave Hatton and Simon Stirrup. Indeed, readers, dogmatic principles are there to be broken. I shalt not twitch islands? Sod that for a Tengmum's-the-word Owl. Bradders, perhaps inevitably, was the principal long-distance-partner-in-crime, with Phil Saunders (apparently overlooking the fact that an owl isn't an insect) coming up from his new home in Dorset and Bob Vaughan from London. To save time we took an inexpensive flight over, then caught the ferry back. Here's Phil boarding his private jet. 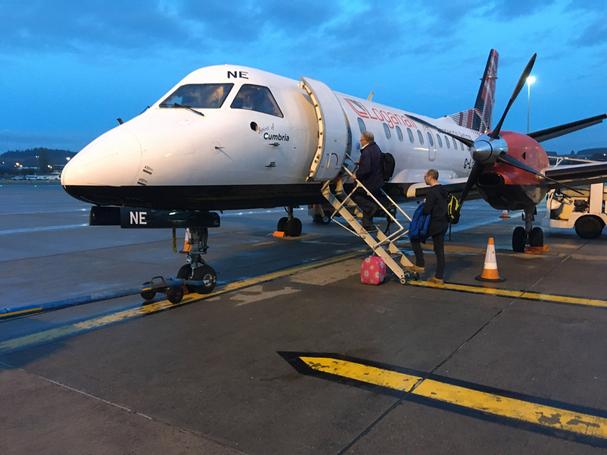 By now, the news from Tresta was unequivocal. The owl had not been seen all day. A couple of people we knew were on the island on Sunday, and, unfortunately, had dipped. Ouch. We set about helping them... and managed to refind the creature at a Durham service station. Indeed, we found a communal roost. But I'll be suppressing the precise site, for obvious reasons. Tengmum's the word.

It was, however, within mobile-phone distance. Not something I ever expected to say about this species in Britain.

Arriving in Aberdeen, suitably fortified by an-all-you-can-stuff-down-your-gob breakfast, we made two stops on the way south - each to try and get Phil a grouse tick. (I know, I know. He's from Dartford: what can I say?) We failed on Ptarmigan at a snowy Glenshee ski station, but about 30 Mountain Hare, some showy Red Grouse nibbling grit from the car park, and seven toilet-loitering Dotted Border moths were adequate compensation. (How do those moths do it?)

We spent the remainder of the afternoon pootling around the island, seeing Pied-billed Grebe (a mega in its own right, lest one forget; only my third in the UK and my first this century), Common Rosefinch, two Tundra Bean Geese and a Pinkfoot, two Iceland Gulls, several Long-tailed Ducks, a couple of Slavonian Grebes and some Grey Seals. It was all rather lovely. Although somewhat bizarre to be driving past gardens rather than checking them for rare passerines.

Viewing conditions were also very cramped, so we took a break and took some time out to support the local economy. This included two ticks: a smoked mackerel and cheese-tattie-scone sandwich, and the much-lauded, long-awaited Fridge of Happiness.

Since late 2013, when I returned to the pursuit of the rare after c15 years of neglect and absence, my self-imposed rule has been to stick to the mainland and refrain from twitching vagrant birds on far-flung islands. In equal part, this is down to time, money, effort and sanity. It is, however, not impossible that I broke the rule for Scilly (but I hadn't been in spring before, so seeing Dwarf Pansy was the aim; the Great Blue Heron was utterly incidental) and Bardsey (I craved Thrift Clearwing on a magical isle; no matter the Cretzschmar's Bunting in residence). But there are some birds that really get the juices flowing and impress themselves upon your principles. Once such was the Shetland Tengmalm's Owl. It is this species's history in Britain that makes it totemic. Less the fact that there has never been a twitchable bird among the 52-odd records - so everyone needs it - but more because of the suppression of a long-staying bird at Spurn in the early Eighties. Growing up in Yorkshire at that time, I knew the characters involved - including one teenager a few years older than me whose dad was on the inside loop and thus saw it. Several years on, the suppression was still so sore that the bird featured in the satirical birding magazine Not BB III as 'Tengmum's-the-word Owl'. And thus I have ever called it. (If you don't know Not BB, or fondly remember it but don't know where your issues are, you should check out Doc Martin's website, where a soft copy is housed.) Here is the relevant extract.