Louis Parkerson's honoratella confused me. A female, it looked very much like hemidactyella, and utterly unlike the variegated, brown-and-white search image that I had developed for honoratella. I resolved to look more closely at any hemidactylella that I caught in 2021. And all the more so when Laura King, who lives barely a mile from me, caught Norfolk's 2nd honoratella (a classic-looking beast) in May this year. On 11 Aug, two Caloptilia were in my garden trap, so I followed up my promise. One was an alchimella/robustella type. The other (see photo below) superficially resembled hemidactyella, but was rather well marked and actually very close indeed to Louis's female. 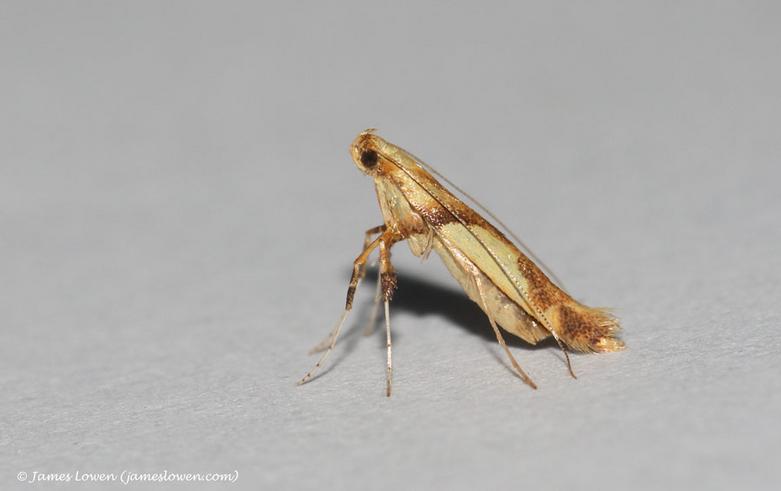 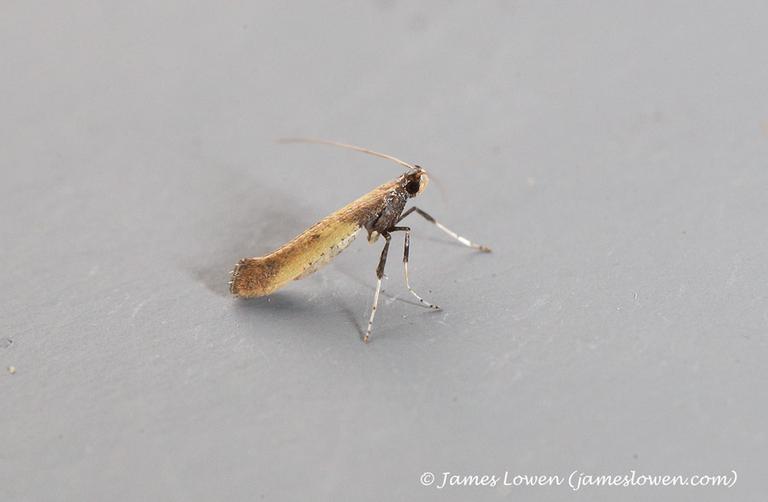 Wingman Will once accused me of "having a thing" for a genus of micro moth called Caloptilia. He may be right: I love their perky, upstanding form - reminiscent of a praying mantis. But I also admit to be bewitched by their enigma - similar-looking species increasingly concealing mega rarities in their midst. My fascination was particularly piqued with the first two modern Norfolk records of Caloptilia hemidactylella, caught by friend Justin Farthing in his Norwich garden in 2019 (a tale that appears in Much Ado About Mothingbut is also written up in this blog). It transpired that hemidactylella was colonising (or recolonising?) Britain, and I caught a few in my own garden during 2020 (plus one this year, which sadly only survived for an hour after being spotted). Last year a new object of intrigue came into the mix, when Norfolk's first Caloptilia honoratella was caught in August, by Louis Parkerson. This year, there's another player on the pitch, with Caloptilia fidella now known to breed in Suffolk. Throw in two new species of Caloptilia for me in the garden this year (azaleella - see photo below - and elongella) and suggestions that another new species (juratae) may be in Britain, but as yet undiscovered, and you have a recipe for infinite intrigue.

I had a hunch that it would prove to be Norfolk's third honoratella. But the only way to get that proof, sadly, involved sacrificing this individual moth in the name of knowledge and sending it 'for the chop' (i.e. to get the identification confirmed by an examination of the dead moth's genitalia). Although I have no problems with other people doing this, it is not something that, entirely personally, I do lightly. Far from it. I find killing any living thing very difficult to deal with, morally, and avoid it wherever possible (even down to not terminating mosquitoes that buzz infuriatingly and bite itchily). To cut a long story short, I have resolved to send moths for 'gen. det.' only where doing so is required for identification purposes and confirmed identification would advance our understanding of status/distribution and thereby potentially benefit conservation of the species involved. If it is a moth that I have caught, there has to be good reason for remove a species of its remaining days - and I have done so just twice, I think, across eight years'' mothing. Accordingly I was not a little relieved - as well as being over the moon - when Keith Kerr confirmed that the pictured individual was indeed a female honoratella. Get in!

In terms of UK records, this must be the rarest moth ever to grace our suburban garden. From what I can tell, there have been under 15 British records. In addition to the Norfolk trio, I have tracked down: one Kent record ( the UK's first, although now apparently predated by one in London/Surrey in 2017), three records in Suffolk (2019 and 2020), one in Herts in May 2020, firsts for Cambs and Sussex in April 2020 (plus a second in Sussex in November 2020), one in Essex in August 2020, plus an unconfirmed record (i.e. photographed but not dissected) at my friend Chris Fox's in Dorset in November 2020. An honour indeed, to catch honoratella at home.