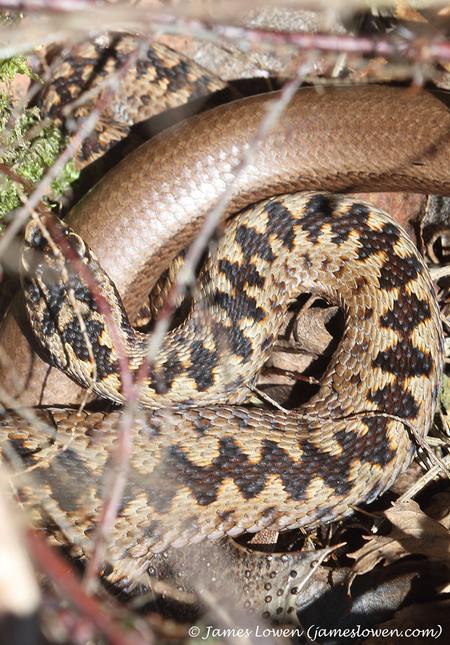 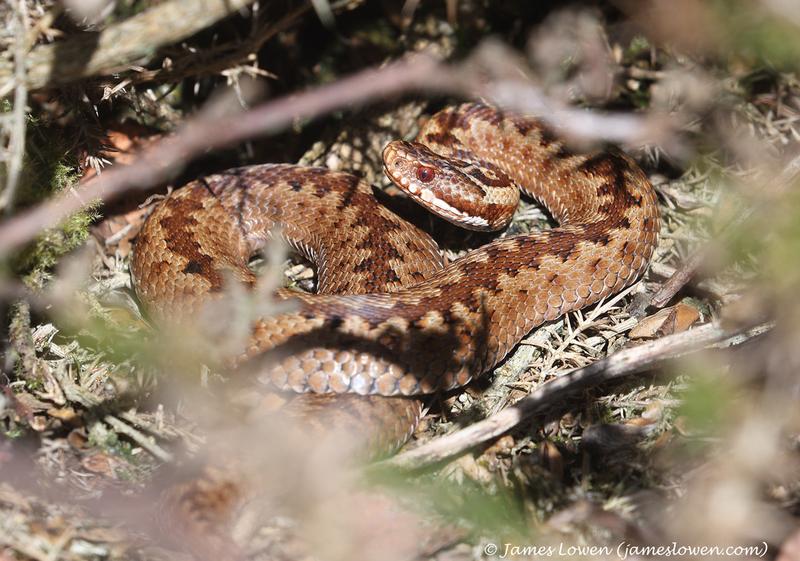 One of the females was by far the most beautiful Adder I have ever seen. She was a warm caramel in colour - almost rosy - and beautifully marked. A small individual too, so presumably young. I hope to see her again; she was a little camera-shy this time.

Not one of the males (a few of which are below) had sloughed, or even looked close to it. This is pretty late. The local surveyor reckons sloughing, dancing and mating will come in a rush towards the end of the month... we just need a consistently warm week. On tenterhooks!

Will and I had a good explore of a couple of north Norfolk heathlands on a sunny Thursday last week. We mustered 20 Adders, 4 Grass Snakes, 1 Slow Worm and a dozen or so Common Lizards. The Grass Snake total was unusual; I'd only seen one ever at the site before. The individuals included one very large female (pictured below) and one tiny, pencil-sized youngster.

The Slow Worm was the first at the site this year, according to its regular surveyor. It was a big adult that was sunbathing wrapped up with two male Adders; the first time I've seen the two species interacting like this. 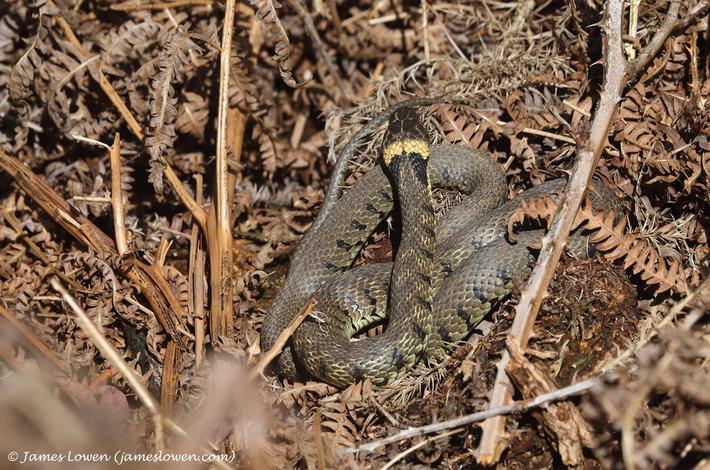 Of the Adders, five were females, one a tiny (stub-of-a-pencil-sized) neonate. One of the females was sunbathing next to a male; I've only seen the sexes together while mating, so this surprised me.