So where's your money on this bird? Is it the same bird as 2015, returned for another Norfolk December? (And, if so, where was it during 2016 and 2017?) Or has lightning struck twice so that the UK's only two December Rumpers have occurred at precisely the same site? Which would be more remarkable? Ladies and gentlemen, please place your bets... 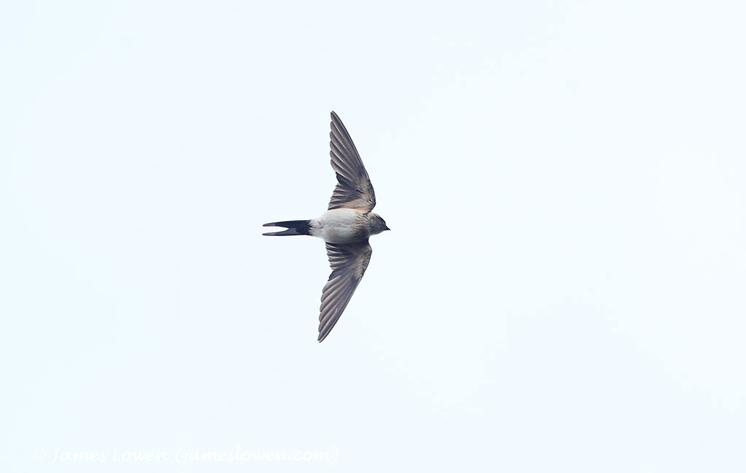 Just shy of three years ago, the UK's first December record of Red-rumped Swallowflew past me while I was wandering past Cley Windmill in north Norfolk - livening up a pre-Xmas family break no end. This first-winter bird then spent most of the month around the county - even being watched flying around the town Christmas tree at Wells-next-the-Sea Three days ago, the same site (well, the eastern part of Cley reserve) played host to an adult Red-rumped Swallow. A friend immediately messaged me to the effect that perhaps 'my' bird had returned. I scrambled half-an-hour to watch it today. The light was poor, but I took a few pics as it occasionally passed low overhead.