Here are a few more images of the White-rumped Swift, located somewhat after the event on my SD card. Note in particular the small, narrow-sided, well-defined pale throat and the pale tips to the greater coverts that indicate a first-year bird. 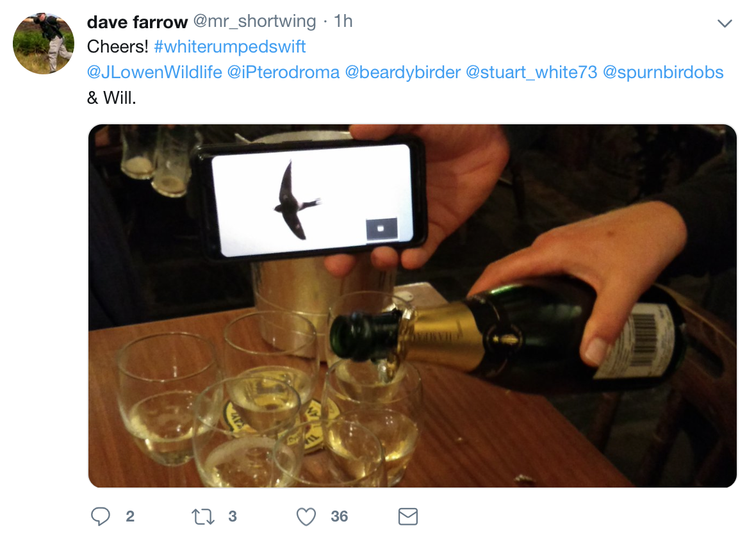 The end of day 3 at Spurn is drawing to a close. (More on the trip later.) The perpetual heavy rain is finally hinting at abating. Another trawl of the hedges may be in order. Then the Observatory radio goes off... "Pacific Swift at Hornsea!" I'm not that bothered about going, but general excitement gees me up and, after all, it's 25 years since the Cley bird. On the way there, however, the complexion changes - and the rev count shoots up. "Pacific Swift is probably a White-rumped Swift". This would be a UK first. F***. F***. F***. Drive faster (but still not as fast as two cars who overtake us on the final straight, both driving substantially more than the 30mph limit...), stumble over the rough grassland for much further than we had expected... and the bird has gone by the time I get there. A few minutes later it is refound, but blinking' miles away. Eventually I get views, then get close enough to take some pics. These images - and those of Tim Jones - swayed the identification unequivocally to that of the country's first White-rumped Swift. And the MEGA alert resounded again, this time with remarkable news. Back at Spurn, we may have celebrated.