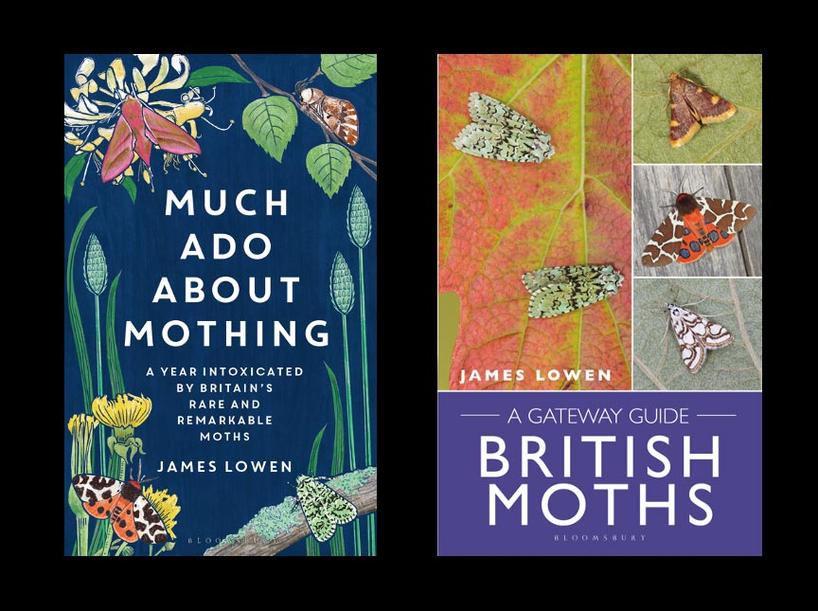 Mammal of the year was undoubtedly the Tenby Walrus. I doubt that any individual UK mammal has been seen by so many people during its protracted stay in Wales and on Scilly. And to think that there was a second individual available later in the year too. remarkable – and somewhat worrying: what does this mean for Arctic seas?

I neglected plants this year, though did see the Kent Long-lipped Tongue Orchids Serapia vomeracaea. Hardly an edifying, tranquil experience though, peering at the exotic blooms beside a motorway. More inspiring were the Yellow Centaury in Purbeck, thriving as a result of the Back from the Brink initiative Dorset’s Heathland Heart, co-led by friend Sophie Lake.

The only herp highlight was a special one: a prolonged encounter with dancing male Adders at point-blank range. I cannot wait for another crack at watching a dance-off next year.

Butterfly of the year – indeed a world tick – was Camberwell Beauty. I would willingly have travelled far for it, so it was a joy indeed that it was in my home county. trying for it was a gamble – it had gone missing the previous afternoon – so having it glide into view then nearly take my head off was adrenalin-surging.

I explored a little deeper into the world of invertebrates this year, particularly in my garden. The highlight was finally catching up with Large Marsh Grasshopper in Dorset. Also on or vying for the podium were local Ramson Hoverflies Portevinia maculata and a huge hibernation huddle of 16-spot Ladybirds. Classic Purbeck inverts such as Mottled and Heath Bee-flies, and Purbeck Mason Wasp, were also much appreciated, where Pondweed Leafhopperwas a particular treat.

Moths were quiet, overall. My best garden catches were a Clifden Non-pareil (exhilarating, for sure, though with 90+ being recorded in the county this autumn, hardly a surprise), the UK’s 15th (roughly) and Norfolk’s 3rd Caloptilia honoratella (not actually a surprise: I was very much alert to the possibility) and Norfolk’s 4th Parectopa ononidis. Finding a new site for Butterbur near Norwich was also a kick: a site tracked down as potentially offering suitable habitat, and a repeat visit this year after failing in 2020. But my discovery of the year involved a much more common species – two male Winter Moths apparently mating. As far as I can tell, this represents the first instance of same-sex sexual behaviour definitively recorded in the wild anywhere in the world, and the first time it has been recorded in a UK moth species (as has happened sometimes in captivity).

Elsewhere, the highlight was being involved in Durwyn Liley’s surveys for Speckled Footman on the Purbeck heaths; feared possibly extinct, the species is well and truly still part of the UK’s lepidoptera fauna. On the same Dorset trip, I was elated to catch my own Lappets for the first time (indeed, three of them) and discovered a new macromoth for Portland’s already extensive list (Drab Looper). I wasn’t into pot-twitching this year, but was lucky enough to play host to Norfolk’s first Portland Ribbon Waveand a local Death’s-head Hawk-moth.

As for work, despite the slow start, things became rather hectic. To cite stats alone, I had two books published (as well as editing four and proof-reading three), edited two magazines, wrote 46 articles written for newspapers/magazines/websites, had 953 photos published (although it helped that 600+ were in one of my books!), and gave 39 Zoom talks and events. Blah blah blah. To be honest, I'd rather have been out looking for more and better wildlife. So that's a pledge for 2022... 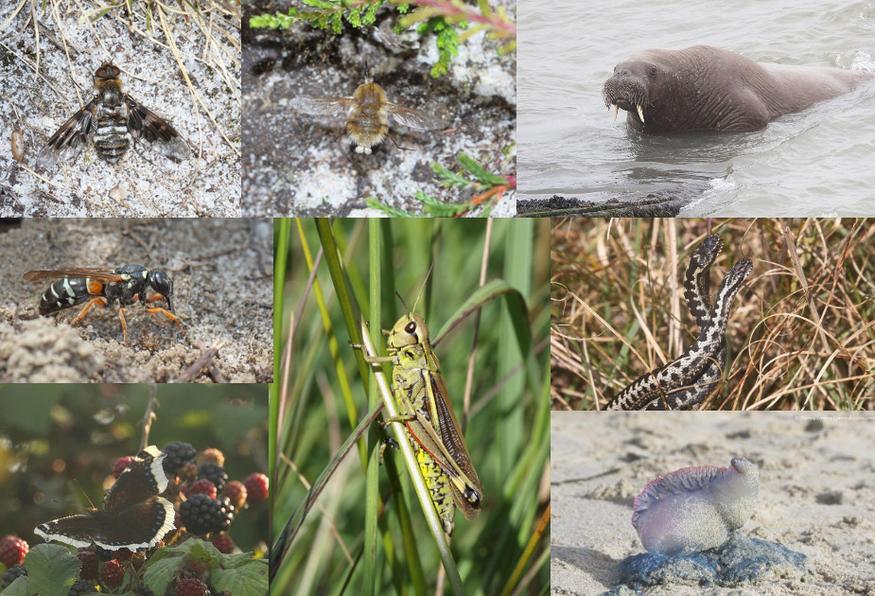 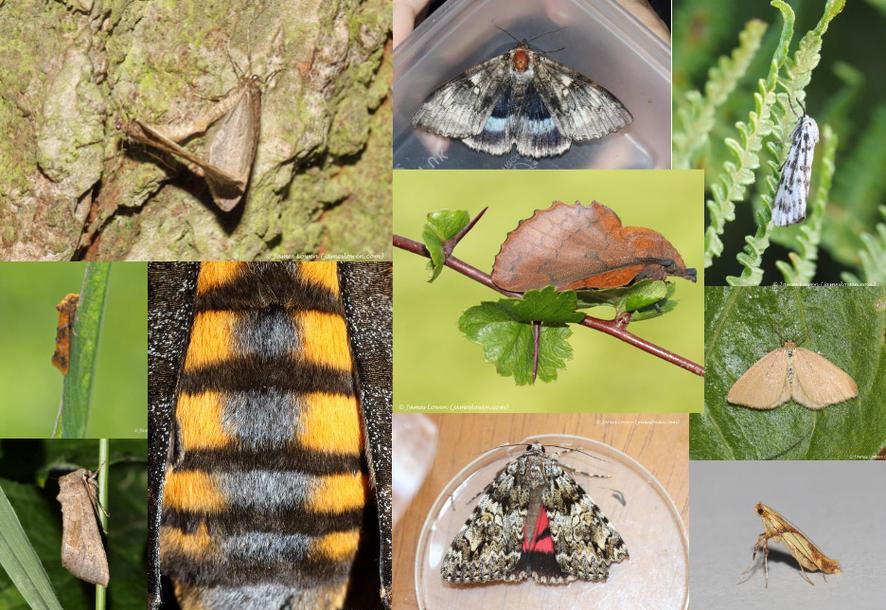 Despite COVID constraints and the challenges imposed by four months with very little work (but a lot of effort trying to get some), my personal version of 2021 has been a surprisingly good year for wildlife-watching. 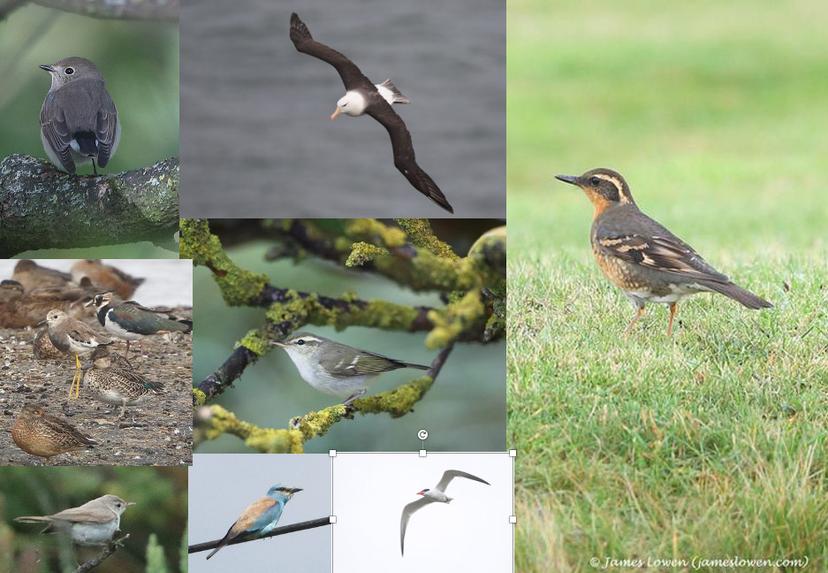 Birdwise, like 2020, there was a real disconnect between finding and twitching, but the opposite way round. Last year was all about finding my own stuff during a cracking Norfolk autumn: Arctic, Greenish, Pallas’s & Barred Warblers, Lammergeier, Wrynecks etc – but the only UK tick was Rufous Bush-chat. This year the only good bird I found was a Rose-coloured Starling (plus the odd Siberian Chiffchaff, a county rarity), and even that risked being deemed shooting fish in a barrel given the scale of the UK influx, but I enjoyed nine new UK species (my best 'return' for decades, I guess).

The clear highlight was Varied Thrush – bird of the year by a long distance – but if you had told me on 1 Jan that 2021 would bring top-drawer treats from the east (e.g. Long-toed Stint, Green & Syke’s Warblers, Taiga Flycatcher) and quality from the west (e.g. Northern Mockingbird, Belted Kingfisher), plus two sessions with a mainland Black-browed Albatross (which i had dipped the previous year), I would have bitten your fist off. Particularly given the concentration in my former home county of Yorkshire. Throw in high-quality non-ticks such as White-winged Scoter, Brunnich’s Guillemot, Western Sandpiper, White-tailed Lapwing andTwo-barred Greenish Warbler, and you have a pleasingly full notebook.

Birding in Norwich itself didn’t reach the heady heights of 2020 (Savi’s Warbler, Corncrake, Quail, Rose-coloured Starling), but Cranes twice over the house, a Caspian Tern barely a mile from home, and some ice-constrained ducks, White-fronted Goose, scarce gulls and neat waderswere nevertheless stellar.