Talking of discoveries, I take no shame in unexpected encounters - self-finds in the parlance - providing me with the headiest rush of endorphins while out birding. There is simply nothing to beat looking into a tree and clapping eyes on something that really shouldn't be here. This year was really good for me in terms of finding my own birds (our our own birds in the odd instance). Despite a couple of might-have-been class acts that got away without being nailed, I managed three Wrynecks, Barred Warbler, Greenish Warbler (on a family walk), a (bizarrely) singing Pallas's Warbler and Norfolk's first Lammergeier. If it hadn't been for my rank ineptitude, the latter would have been my favourite personal discovery of 2020. Instead, the podium is topped by an Arctic Warbler that needed a chance photograph displaying the wing formula to clinch. The hard work, the coincidence that I had predicted the find, and the company (thanks Mike & Ash), made it all the more worthwhile. 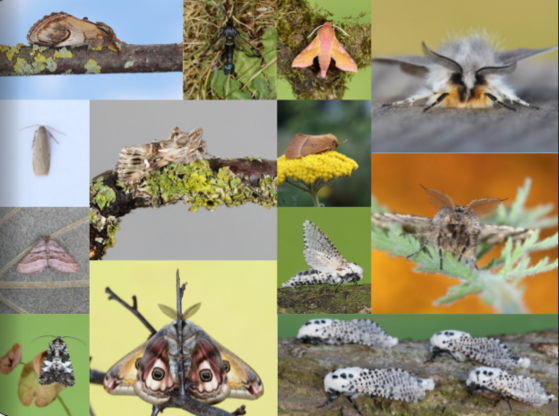 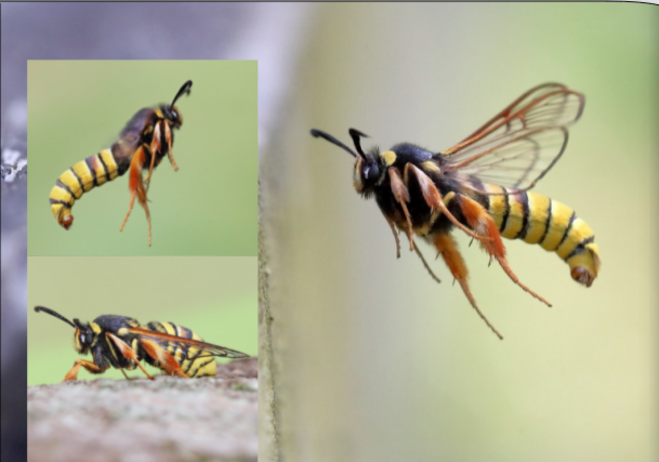 Another special encounter this year was a visit to the colony of Irish Ladies-Tresses that was unexpectedly discovered in coastal Wales during 2019. The excursion was particularly cherished because the species was the final resident orchid that I had not previously seen in Britain. And what twirling beauties they were too. 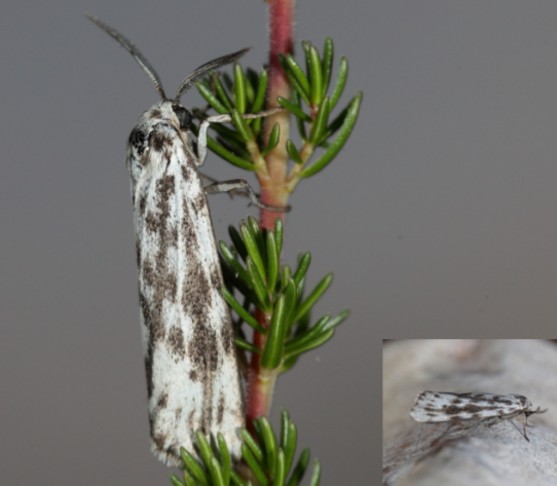 Among 529 species of moth (112 new for garden of which 35 were new for me!) that I managed to identify in our garden were several real crackers. They included Norfolk's 4th Caloptilia hemidactylella (plus a couple of others), three Toadflax Brocade (formerly a SE England speciality that has now colonised Norwich), Oblique-striped (a Brecks special), Dotted Footman (a Broadland Red Data Book moth) and Breckland Plume. But perhaps the species that most keenly took my breath away was a White-barred Clearwing, the first in our 10-km square since Victorian times. This alder-loving Broadland moth wasn't even on my Wishlist - and came in to a lure that I had hung up to see whether the garden Red-belted Clearwings had emerged yet! Truly, garden mothing is lazy and rewarding wildlife-watching. The experience of doing so is fundamental to both books I have out in 2021: the travel narrative Much Ado About Mothing and the beginner's field guide British Moths: a Gateway Guide.

For moth-ers across Britain, perhaps the most exciting new product of the year was the release of the first-ever pheromone for Lunar Hornet Moth. This clearwing had been near-mythical for most moth-ers, with even experienced folk still yearning for a glimpse. I discovered this gargantuan master mimic at several Norfolk sites this year, meaning that it eclipsed even getting to grips with another of my missing clearwings: Sallow.​ 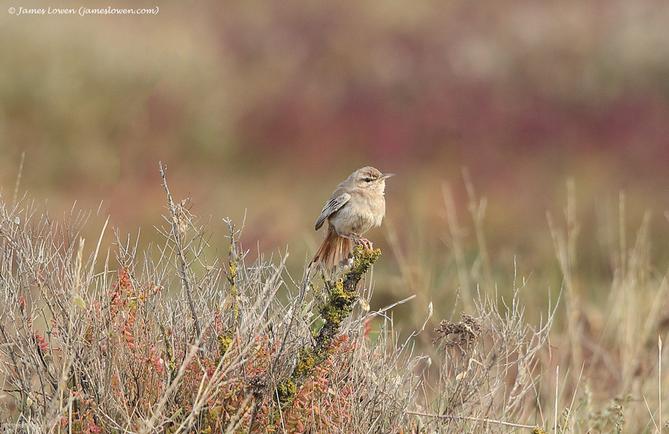 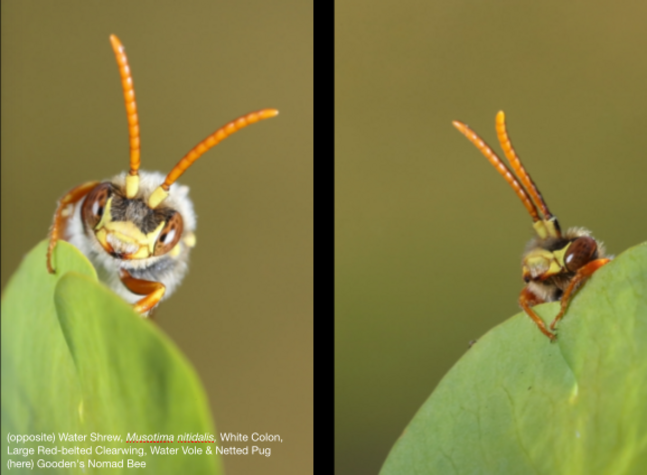 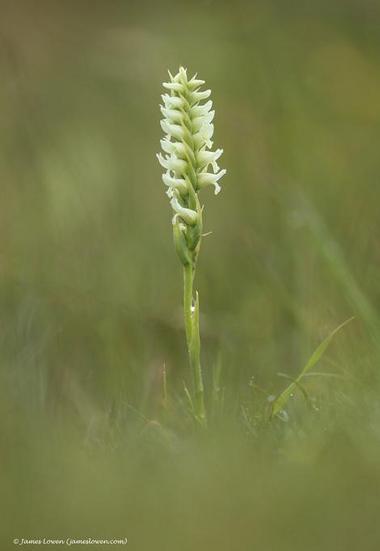 Dusking: back of the net

During lockdown and further into spring, I often timed my recreational hour for dusk, exploring local woods and meadows with a sweep net. This produced one moth not seen in Norfolk since Victorian times (Scythris grandipennis) and a colony of another (Elachista stabilella) that was new for the vice-county of 'east' Norfolk. I wrote about both here together with the arguable highlight, discovering a local lek of Ghost Moth. 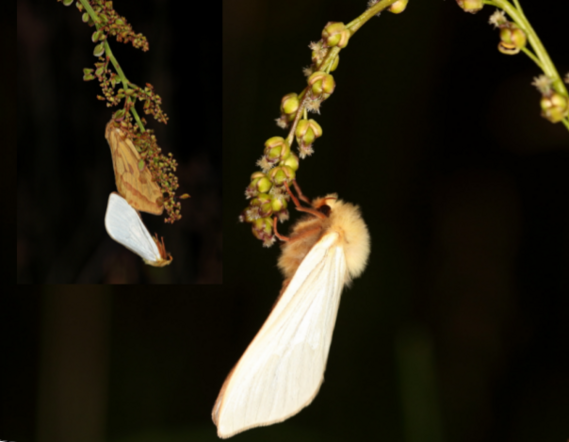 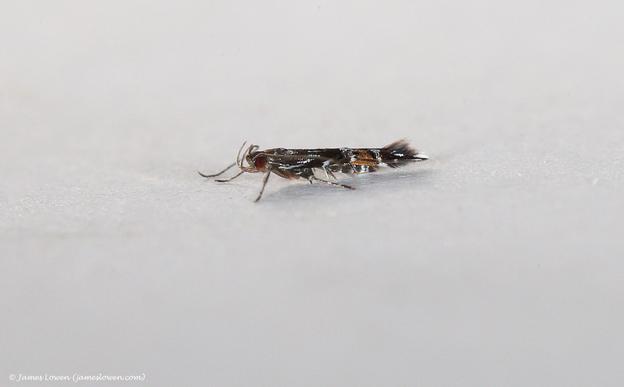 Not extinct after all

Discovering vagrants may be exciting but, in the scheme of things, matters little compared to finding a species thought to be extinct in Britain. This is what happened to Dorset friends Durwyn Liley and Phil Saunders, who proved that Speckled Footman was not gone forever, as feared, but extant in Wareham Forest. Because of considerable personal investment in refinding this species the previous year, I was fortunate to be granted permission to survey moths at the same site the following night. And to watch the first Speckled Footman to be recorded in Britain for six years as it was released at dusk. Truly special.

If you place the famous and utterly wondrous Lammergeier to one side (because, even with a tailwind, it will get no further than Category C of the British List), then I only mustered a single British bird tick this year. (This pitiful total was not entirely for want of trying, mind: despite keeping my travel to within East Anglia wherever possible, I still managed to dip six species that would have been ticks, five of them seabirds!) But the tick was a good one - Rufous Bush-chat - and local too. Best of all, it caused a superb 'headless chicken' moment when I woke late after three days heavy-duty birding to hear the news...

Mining bees and nomad bees do my head in even more than bumblebees. But the spring lockdown gave me time to attempt to learn a little about them, either in my garden or very close by. Most joyous the little hymenopterans proved to be, as evidenced here, here, here and here.​

A grim year for obvious reasons, but one where wildlife encounters took on even greater resonance - solid rays of light among the gloom. It may have felt as if I didn't get out much, but - hearteningly - choosing a top 10 of encounters was as tricky as ever. 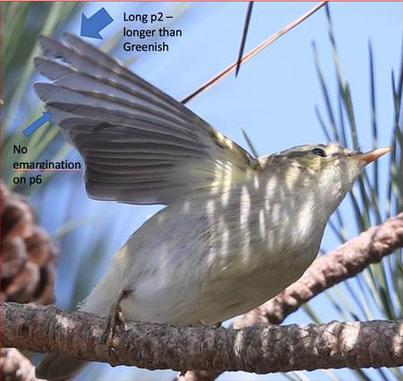 In 2019, most of my wildlife-watching was carried out in company, particularly that of Will Soar during the 'big moth year'. In 2020, COVID constraints meant that comparatively little of my natural excursions were in the company of friends. Which is what makes Halloween morning all the more special. The previous evening was unusually balmy and reports from friends across Norfolk suggested numerous moths were flying.; But none more so than in Dave Andrews' garden, a mile north of me across the Wensum. Anticipating a monster catch, Dave kindly invited Will Soar, Sarah Morrison and me to open his trap early on 31st. And - joy of joys - the trap contained a new moth for Norfolk, the exquisite Cosmopterix pulchrimella. The smiles - the collective joy - that this tiny critter gifted us spoke volumes about what Nature means to so many of us. Let's hope for more next year, whatever the virus has in store for us.

Perhaps my favourite local discovery this year was what turned out to be Norfolk's largest-ever colony of Bee-wolf - 250 burrows of this master Hymenopteran predator - on a roadside a few hundred metres from home. ​