I wrote a blog earlier this month entitled Line of Beauty. It related to the Butterfly Conservation survey for Belted Beauty at its English stronghold near Heysham, Lancashire. In a five-day period in the week that followed, I contrived to see five species of moth with 'Beauty' in their common name. Five Beauties in five days counts as a pentagon in my book. Three were common species: Pine Beauty (of which we caught many in Deeside), Oak Beauty (caught at home) and Brindled Beauty (caught in both places). The other two species were much rarer!

If Rannoch Brindled Beauty starred on our outwards journey, it was Belted Beauty that took pole position on the return. Justin was driving, Will and I dozing. Somehow, Justin failed to turn off at the right junction and miraculously we found ourselves crawling in a traffic jam conveniently close to the Heysham turn-off. As Justin hadn't been with us last weekend and the sun was shining, it would have been rude not to divert for a saltmarsh stroll. Unbeknownst to us, Steve Palmer had done his usual transect earlier in the day, and found just a handful of individuals. We bowled up just as the high tide was retreating and counted 15 individuals - four males and 11 females. The female count was vastly better than ours last week: perhaps we had simply got our eye in. But males were well down - and none were on the short turf, as they were in the previous visit. Justin was so delighted that he fell over into a muddy creek. The things people do for moths... 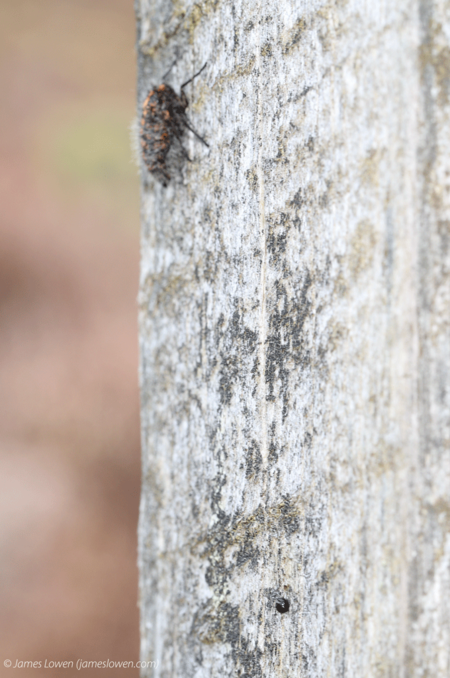 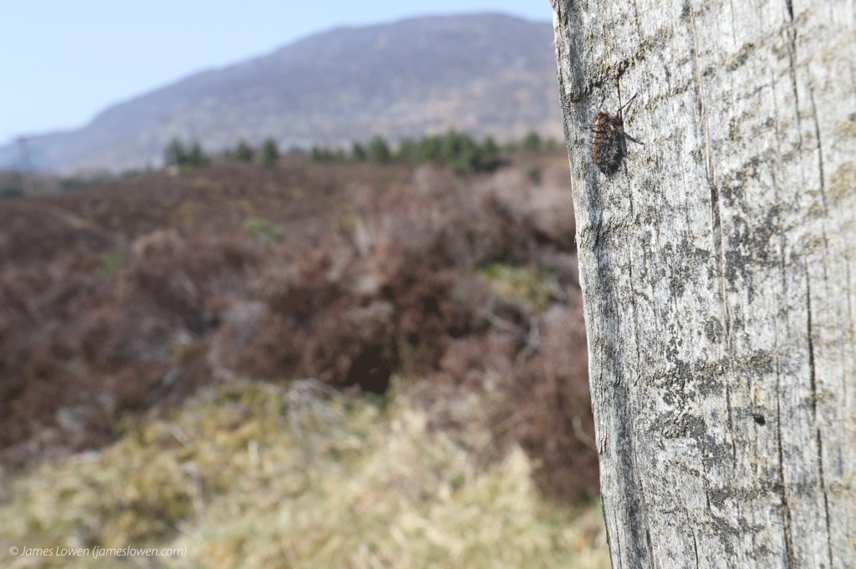 First up was Rannoch Brindled Beauty, a rare and restricted-range moth  We hoped to see this on our Scottish trip, so while we were en route, we were delighted to receive a message from Peter Stronach that he had just found a female near Newtonmore. Ninety minutes later we were watching this flightless wonder lay eggs. Some have described the female as a furry woodlouse, others as bellybutton fluff. But I rather love her. Two days later we returned to the site for another crack at finding a male. We failed, but did spot five females - all on fenceposts.