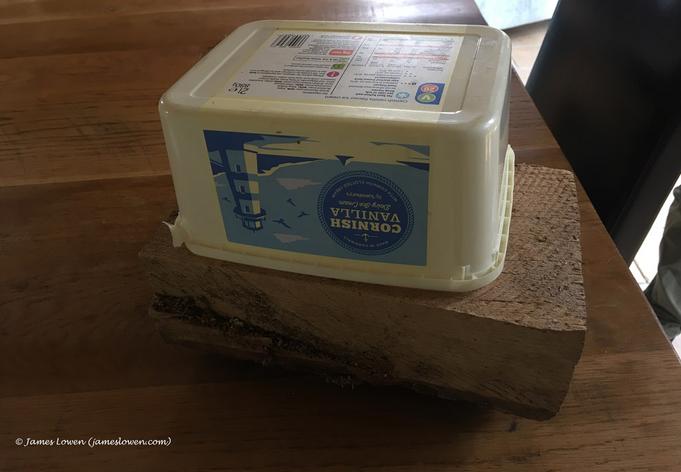 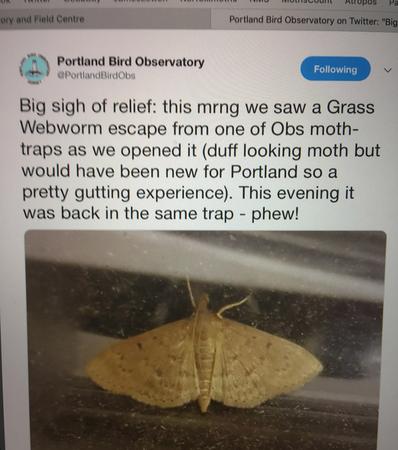 That night we ran four traps in a coastal cove. We were relatively sheltered there from the strong westerly wind and hopeful that we might catch some decent migrant. We managed a Convolvulus Hawk-moth (the first that has graced one of our own traps), plus a few Delicates, Rusty-dot Pearls and L-album Wainscots, but otherwise the off-putting conditions meant that we didn't do too well. That said, we did catch our own Flame Brocade and good numbers of another local speciality, Beautiful Gothic.

I am just back from a most successful trip to Hampshire and Dorset, bookended by two remarkable, huge and gorgeous moths and even including four wasted life-hours looking for the possible Mugimaki Flycatcher that transpired to be a hoaxed Red-breasted Flycatcher. The start was remarkable. Simon Curson had tipped me off that Clifden Nonpareil occasionally came to light at the unlikely location of Brockenhurst train station in the New Forest. He himself had seen one there a fortnight previously, on platform 3. We were moreorless passing so called in. Mooched down to platform 3 - you have to start somewhere - turned left and were stopped in our tracks at the very first strip light by... you guessed it... a Clifden Nonpareil.

Sure enough, our target - the modestly named Sombre Brocade - was in two of the traps. This species was discovered in the UK barely a decade ago, and seems to be spreading within Dorset from its two core sites of Abbotsbury and Durlston.

Both Clifden and Cricket were bonus balls. The day's main event was to join a Moths of Poole Harbour survey for Southern Chestnut, a Red Data Book species first discovered in the UK as recently as 1990. Chris and Abby from MoPH led the survey on Slepe Heath, aided by Chris Fox and Marcus Lawson, and we (Wingman Will, Durwyn Liley, Peter Moore, Zoe Caals, Phil Saunders and me) ran traps on Hartland Moor. Southern Chestnut, Chris said, flies early - so we anticipated closing up traps around 9pm. On a chilly Hartland Moor, a surprise Vestal and a dozen Horse-Chestnut offered hope, but of our target moth there was no sign - and this despite gloopy wine ropes smeared around the heather. Until, that is, Phil and I reached the final egg box while packing up my traps... and found one. Get in! This, Chris said, was the first record of Southern Chestnut for Hartland Moor - although it was to be expected there. Chris and co had had better luck on Sleep Heath, catching two Southern Chestnuts as well as a Flounced Chestnut (a moth that has declined by 94%, said Chris; and a new one for me). 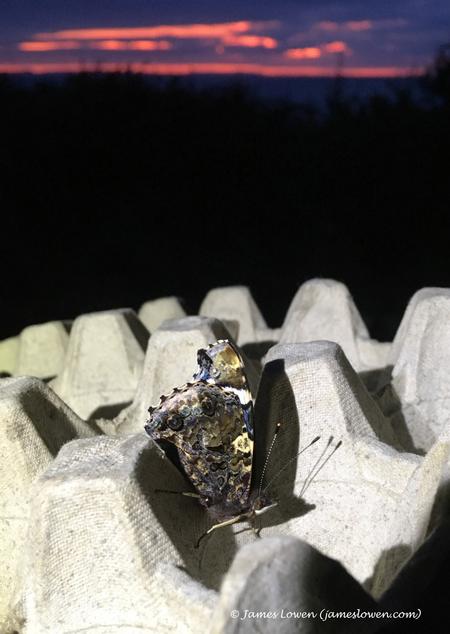 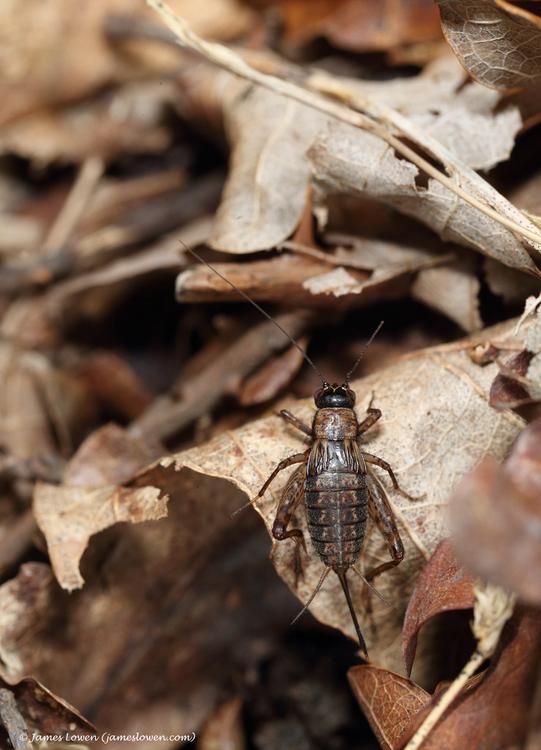 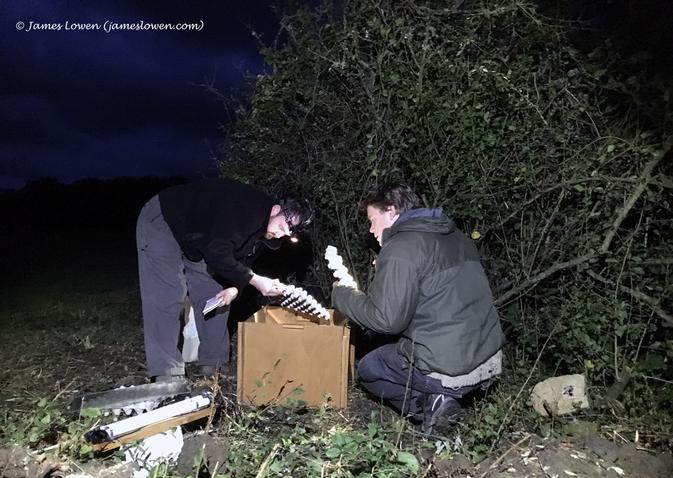 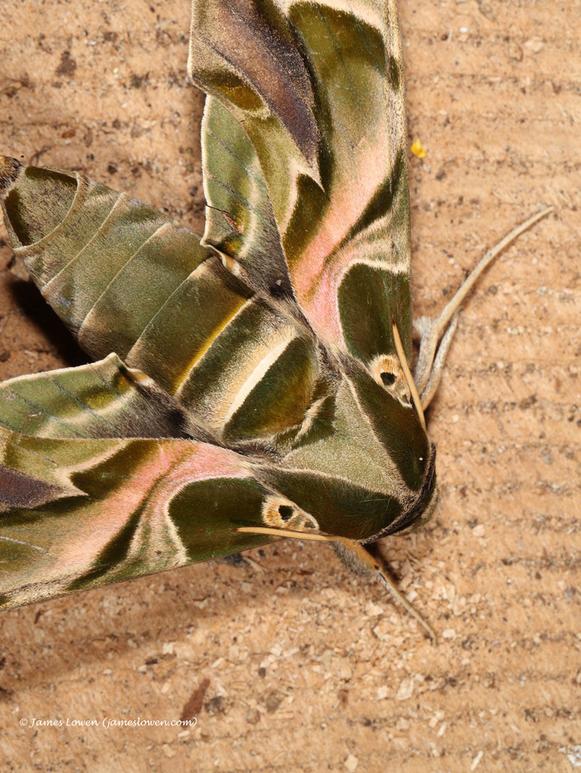 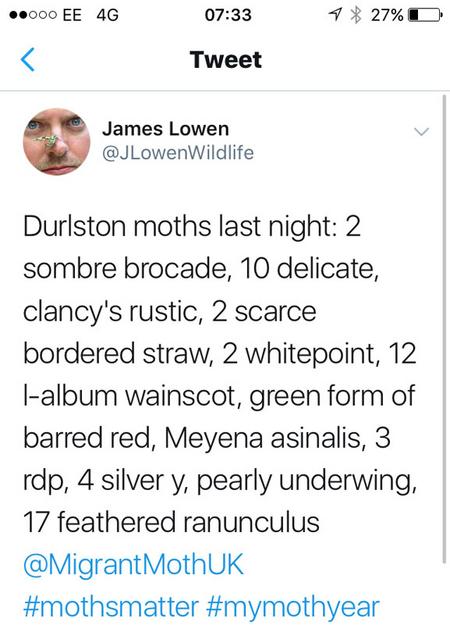 After joining Luke Phillips​ to check the RSPB Arne traps and Durwyn/Zoe/Phil to check the Coldharbour traps (no Southern Chestnut in either, sadly), we headed to Portland Bird Observatory. Here the ever-generous, ever-genial Martin Cade had prepared a smorgasbord of decent moths for us, notably two migrants that had so far eluded us on our travels - Cosmopolitan and Bordered Straw - the week's star, Grass Webworm (roughly only the 20th in the UK, and part of a recent influx).

A truly splendid start to the evening, in great company. I say 'start'... because Will and I had made arrangements to trap at Durlston Country Park should we have early success on the Purbeck heaths. We arrived on the coast at 22h30 and, within thirty minutes, had set up five traps at two locations between around the car park and castle. By 01h30, there was plenty of migrant promise, so we were optimistic that dawn would bring our target moth and perhaps something else too. Durwyn joined us shortly before 06h30, and we set about examining the traps.

Even in the witching hour, Durlston was appreciably milder than the Purbeck heaths, so we were hopeful for some migrants. We did rather well. Clancy's Rustic was a 'catch tick' for us, and was supported by two Scarce Bordered Straw, several Delicate and various other nice things. Three Red Admirals were suggestive of nocturnal movements by this migrant butterfly. 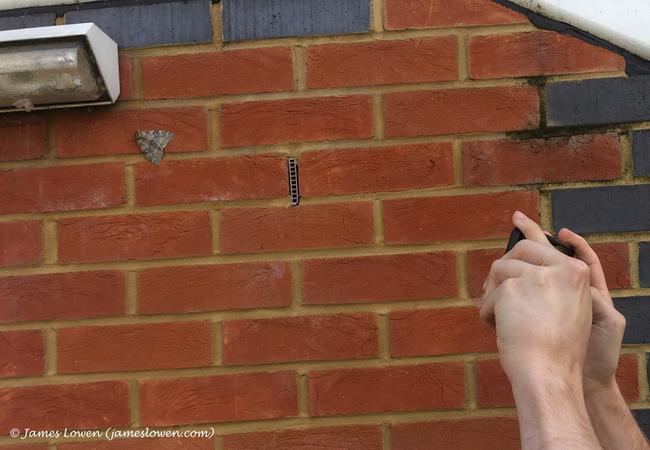 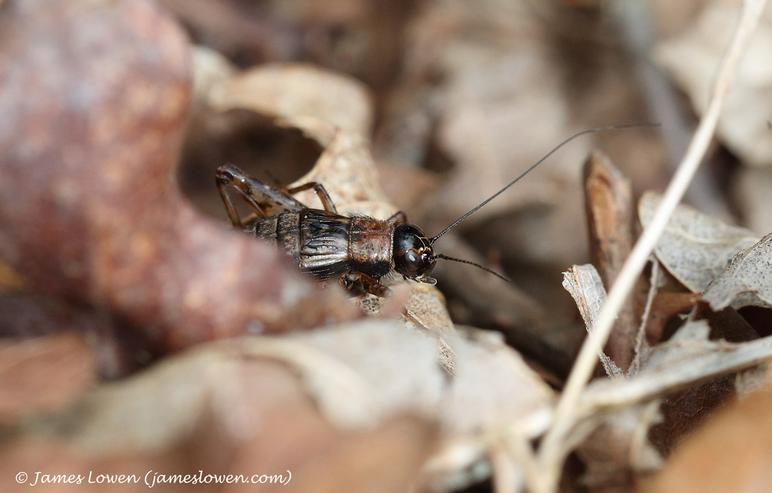 The Connie transpired to be a cue. Within a few minutes of catching it, Chris Fox alerted us that he had caught an even better hawk-moth - indeed, the best moth that ever graces Britain with its presence: Oleander. Even better, he invited us to visit him and see it. We gladly did so. The beast was so big it had to be housed in a 2-litre ice-cream tub.

We then wandered into the New Forest proper to may our respects to old oaks that still retained signs of having been painted with treacle by apparently Victorian moth-ers. While there, we followed up an unfamiliar orthopteran stridulation - and discovered perhaps 15 Wood Crickets, some showing very well.

What a stunner. What a trip.