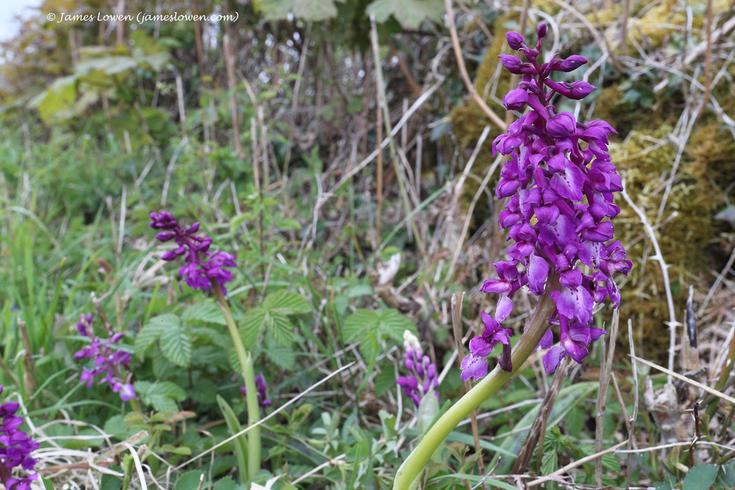 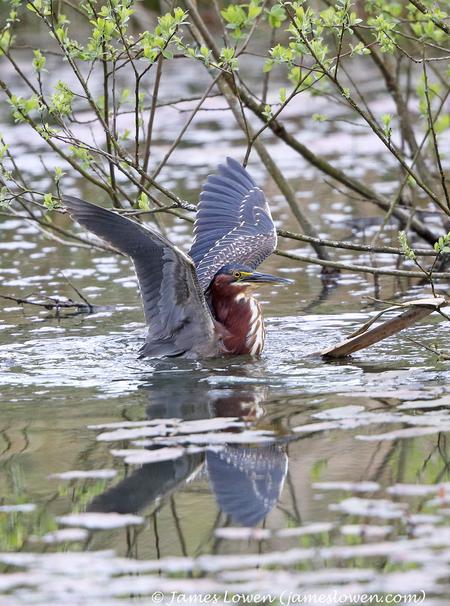 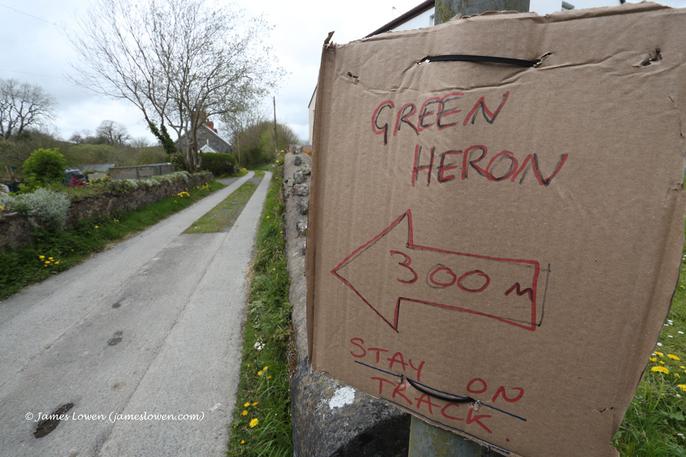 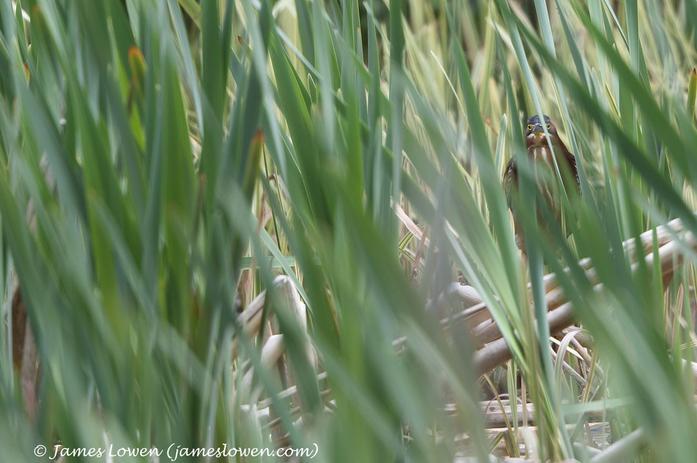 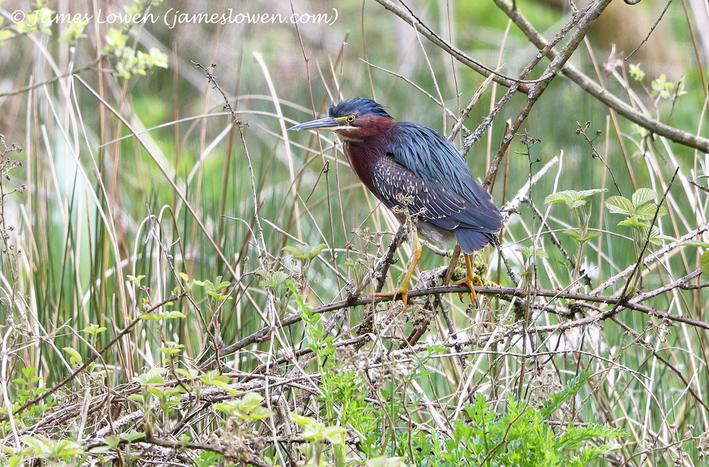 Find of the day, however, goes to this advert in a motorway service station. Photo courtesy of Joe, who (unlike me) wasn't afraid to whip out his mobile phone in the toilets. May all long-distance twitches benefit from such attire.

When hunting, the clever thing often used a fly as bait. It succeeded in nabbing and thwacking several newts (Smooth, from what we could see). It also had one fully-fledged 'fly-dive', going wholly underwater and emerging with... nothing, presumably to its embarrassment. 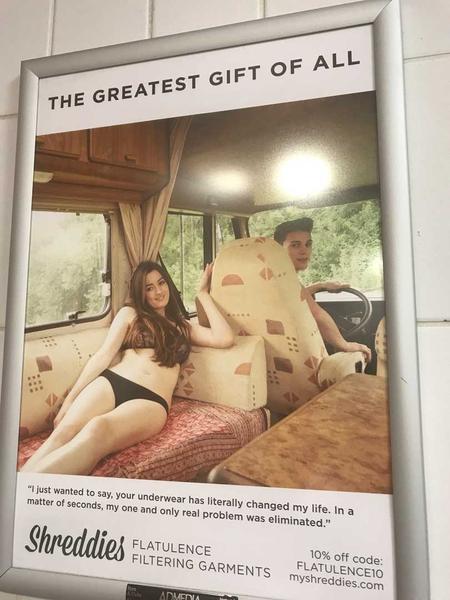 Anyhow, we watched and papped and watched some more. Then Yoav cracked open the celebratory material.

We enjoyed some flower-rich local hedgerows on the way back. Including some lovely Early Purple Orchids.

OK, OK, so I twitched the Pembrokeshire Green Heron. I surprised myself with my interest in seeing this bird. It was a very long way from Norwich (350+ miles; 7+ hours). And I have seen many, many Green Herons previously, in the New World. Others were more surprised that I hadn't yet seen Green Heron in the UK. So, for the record... (a) I was a few years too young for the Stone Creek bird; (b) I lived in Belgium when the Lincs bird turned up and resident in Argentina for the Kent bird; (c) I was housebound with chronic fatigue syndrome/ME for the Anglesey bird, and (d) my daughter had just been born when then Cornwall individual showed so well, so I was on a travel ban. So there's never been one I could go for. Excuses over. Let's do the dirty deed.

Sadly we arrived just after the bird had flaunted itself for the paparazzi. For the time we were present, it was largely obscured. It simply disappeared into even quite short vegetation.

This bird - or, rather, twitching this bird - has prompted a bit of controversy on social media. Yoav gives a decent synopsis of the thorniness, so I won't repeat. Instead, I'll enjoy the bird - and thank the house owners for granting access to their garden. I was particularly amused at the apparent lack of green feathering anywhere on this first-winter individual. Anything that could have been green seemed to be blue. Rather appropriate given whose garden the bird was in (see Yoav's blog for the explanation, if you need it).

A party was assembled without too much difficulty. Yoav Perlman goes for anything American. Will Soar simply loves sitting in cars for 15 hours a day and also claimed to be keen to see his fourth UK Green Heron. (We just had to get him back to Norwich in time to vote Green in local elections.). Joe Tobias, rather like me, is bored sh&tless with Green Herons in the Neotropics, but hadn't seen one in the UK. Indeed, his only 'dip' was for the infamous Devon bird in 1990 that was thought to be an invention designed to divert twitchers' attention away from the release of news on the Naumann's Thrush in London. Nevertheless, his inclusion in a twitching carload was a coup; a real mega.