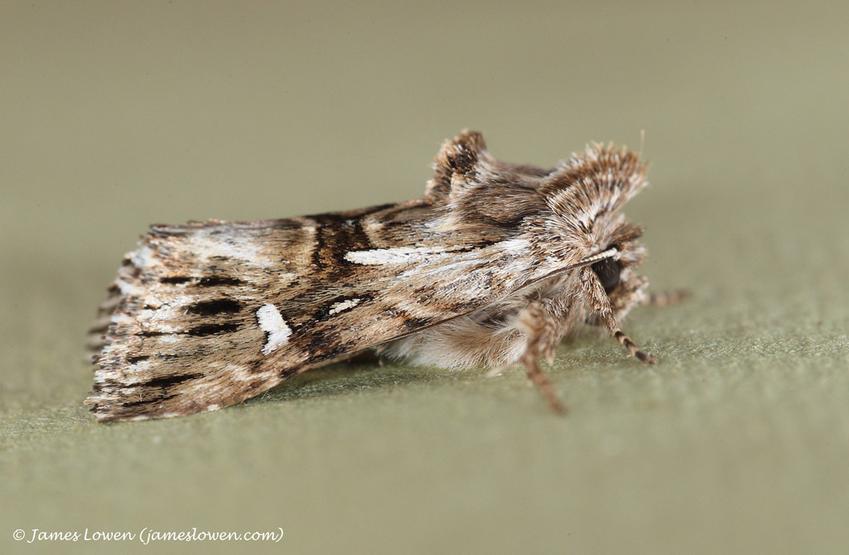 Sometimes, just sometimes, life smiles on you. I woke early today - long before dawn. I contemplated an early bike ride to hear a woodland dawn chorus. But it was cold, wet and breezy - perfect for rarity hunting on the coast, but less so for inland bird-listening. So I checked the moth trap instead. It looked pretty empty (and was): just 11 moths total. But the first moth I saw was the year's second Mullein. Nice. One layer down, I saw a vaguely similar punky moth and recognised it straight away as a Toadflax Brocade. This was a moth I trapped a few times in London before moving to Norfolk, but which we had a few problems seeing during our 2019 Big Moth Year. Wingman Will finally ticked it while in his sleeping bag at Dungeness Bird Observatory. Anyhow, its range spread in the past decade has been impressive - down to the larvae extending their choice of toadflax plants to nibble - and, after two records in the early 2000s in the countryside west of Norwich, the first indication that something interesting might be afoot came in 2016, when Rich Moores caught one in (fairly) central Norwich (in what might, iirc, have been his first-ever night trapping). Last year, adults were caught at two Norwich locations then, most intriguingly for me, caterpillars found in a garden about a mile from me, in Hellesdon. So I was rather hopeful this year that I would catch one. Even so, I wasn't expecting one in April - but there has clearly been a recent emergence for Laura King (Hellesdon) also caught one last night. And, in terms of adults, it's still only the tenth Norfolk record. I was quite buoyed, I can tell you.