Also among a reasonable catch were two further elm denizens, Bucculatrix albedienella and Phyllonorycter schreberella; the latter is quite stunning. Throw in a couple of Oak Eggar, a handful of Tree-lichen Beauty and two Pine Hawk-moths, and you have rather a lovely evening. Thanks Stephen et al.! 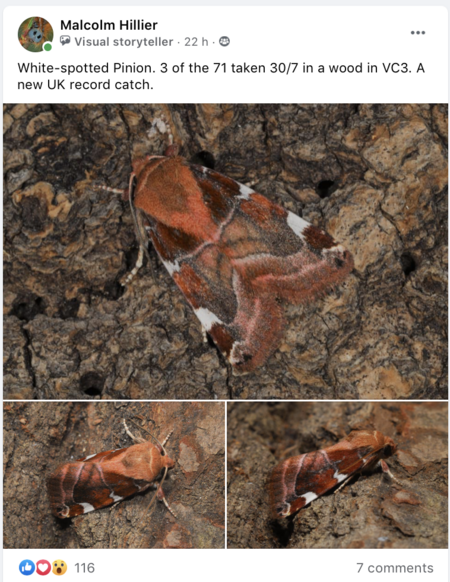 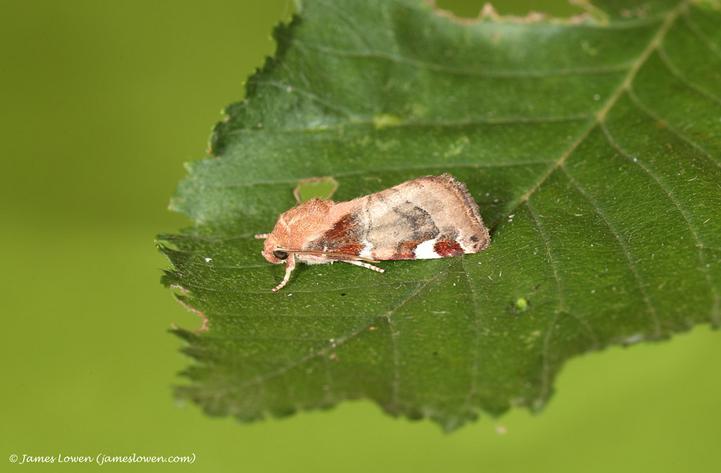 One nationally threatened moth that eluded our Lepidopteran travels last year was White-spotted Pinion. I didn't get my act together to search for it anywhere. But, over breakfast at our chosen Birdfair B&B in mid-August last year, golf-course greenskeeper Stephen Thompson casually mentioned that the species occurred on his course, near Potton in Bedfordshire. He promised to invite me when he surveyed it in 2020, and kindly did so last night, along with three present or former RSPB staff. Shortly after arrival, Stephen showed us the following Facebook post by keen moth-er Malcolm Hillier, who had caught a UK record 71 individuals of this elm denizen at a Cambridgeshire site two nights previously.

Our expectations were thus reasonably high for the six traps we were collectively running in two parts of the golf course. Accordingly, I was a little downhearted to find that the first quiet of pinions in the traps were an elm-feeding congener, Lesser-spotted Pinion. Nevertheless, come 22h45, we had caught our first White-spotted Pinion and in total, caught eight individuals that night (six more than Stephen had caught previously). Somehow I seem to have contrived to photograph the only non-pristine individual, but, regardless: what a smart moth this is!