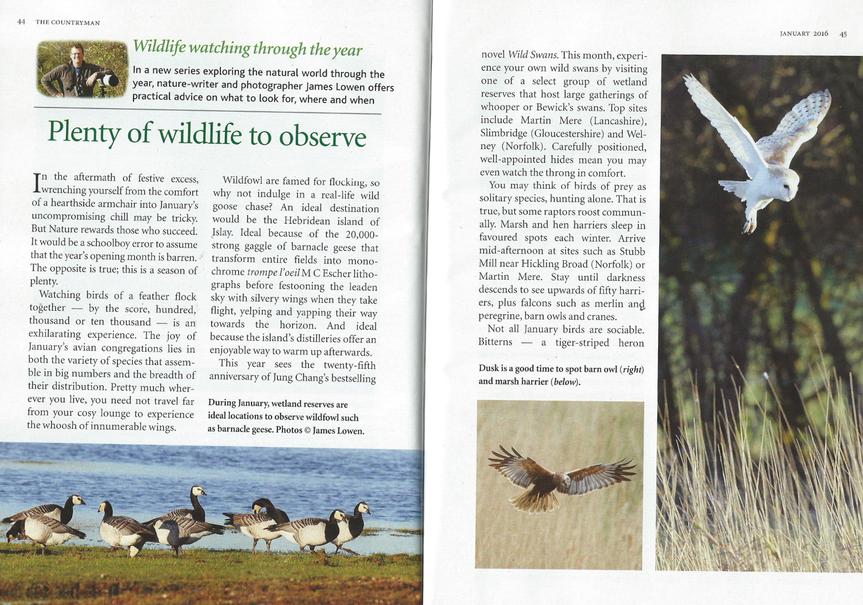 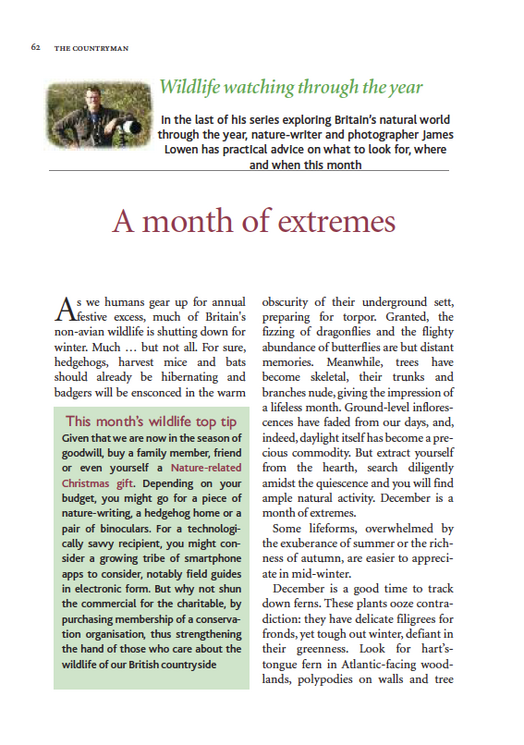 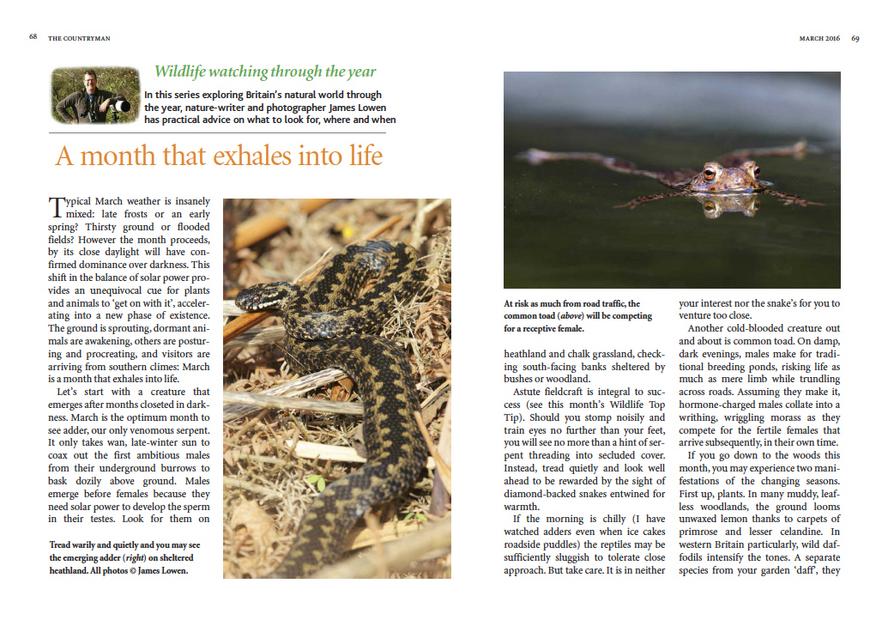 My series of articles running throughout 2019 assessed the conservation status of UK wildlife - from our pollinators to our puffins - and considers what we are and could still be doing about it. I have also squeezed in here a standalone feature published in June 2019 about the impact of netting on birds (#Netsdownfornature). 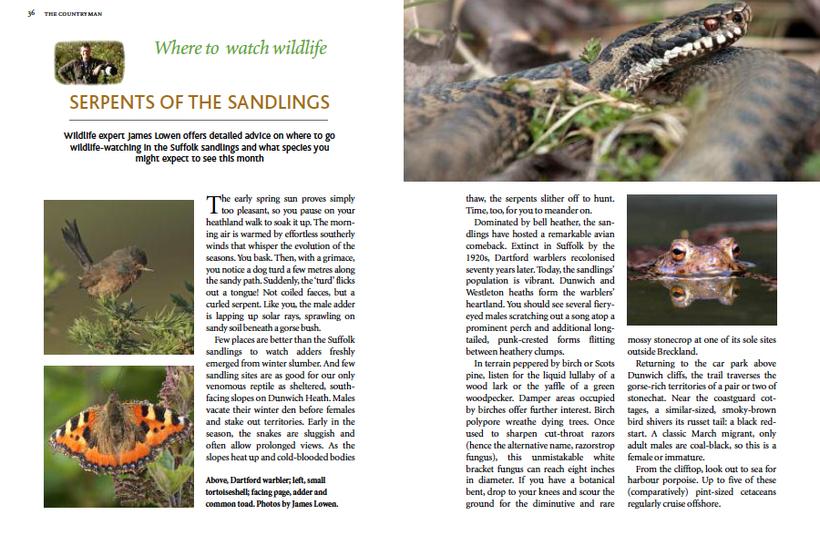 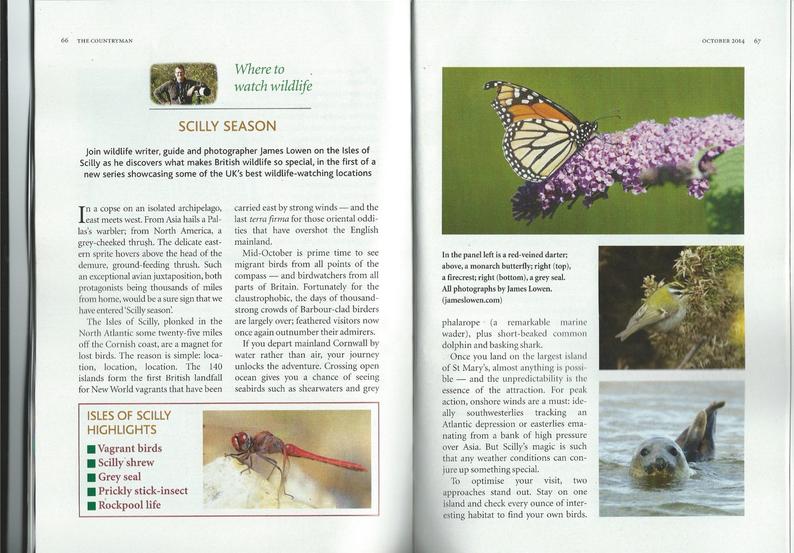 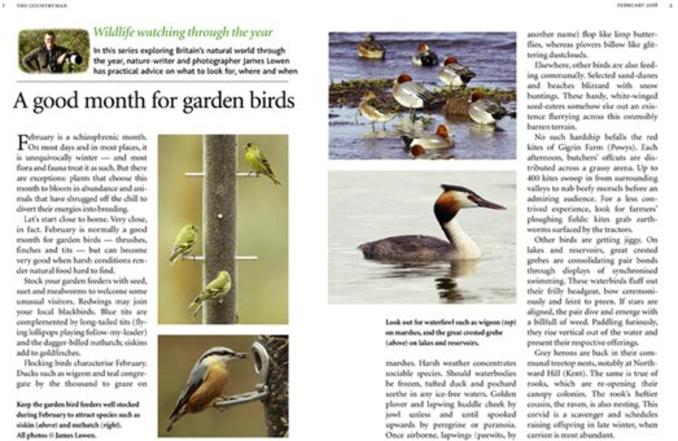 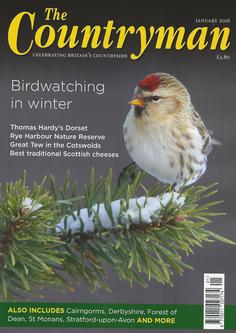 In 2016 I had a monthly column about wildlife-watching in the UK. This series of articles summarised wildlife highlights for each month. It was great fun to write - and photograph.

I have had five series in this long-running monthly magazine celebrating the UK's countryside, all about nature - through the seasons, in habitats and special locations, and in terms of conservation.

During 2020-23, I am writing essays on remarkable species of British wildlife.

In 2018, I had a year-long series of articles which guided readers on a walk through the UK's wildlife-rich landscapes. 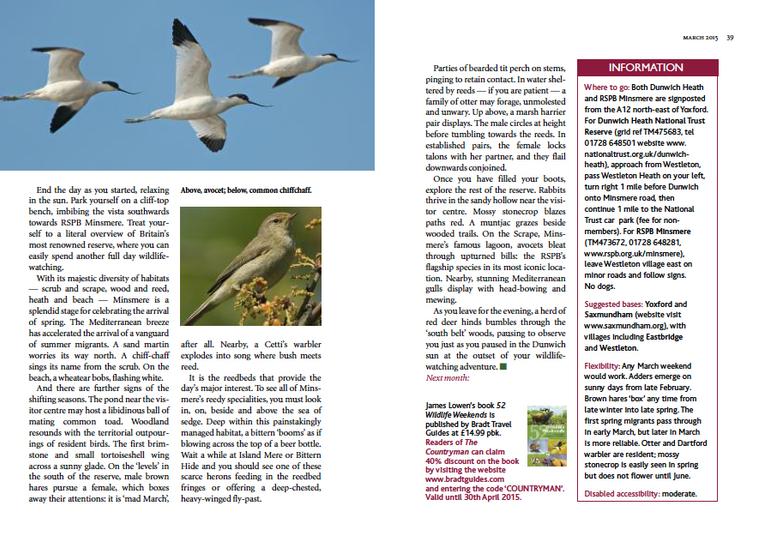 From October 2014 to March 2015, I had a monthly series on wildlife-watching weekends in Britain.  Here are some cuttings.