When my parents and sister announced that they were booking a cottage near Cley for a week starting 19 October - with the aim of being close to us in Norwich and thus seeing lots of us - the birder in me got a little nervous. This is prime rarity time - and that means I could be anywhere in mainline Britain, much to their collective dismay. The parent in me, however, knew that it was half-term so mobility would be limited in me. The son/brother in me was clearly delighted that they were around. And the birder in me also mused that their choice of location was rather a good one. As, indeed, it proved this weekend when we enjoyed not one but three very decently rare birds (one from the Atlantic west and two from the Siberian east) within a scant 10 minutes drive of their rental cottage. All in blazing sunshine and accompanied by family fun and fine fodder: a top, top weekend in my adopted home county.

With a little over two hours before I was due to meet my family, and glorious light, I headed to Salthouse to see if I could get better views of the probable Stejneger's Stonechat, which we had seen at distance yesterday. A few birders were looking but hadn't seen. As I walked up, however, it flew up from the side of the ditch and started showing well. The bird was closer than yesterday, although still 50+m away, so the shots are not much better. It was very mobile, sometimes consorting with European Stonechats. It was also very vocal - and I recorded some flight calls here.

I just can't see this being Siberian Stonechat (maurus). The mantle is really dark. There is a nice grey shawl on the nape. The rump is mostly orange but fades to white at the top; it also has at least one fine streak on it (my photos appear to show more, but may be photographic artefact). It has a neat white throat that is offset by generously apricot underparts. Interestingly, the bird colour shifts in different light. Also, the supercilium is really prominent when the bird is front- or side-on - making it look almost Whinchat-like - yet from a largely rear angle, it almost disappears. Whatever it is - and I would bet a monkey on it being a Stej - it is a lovely bird. 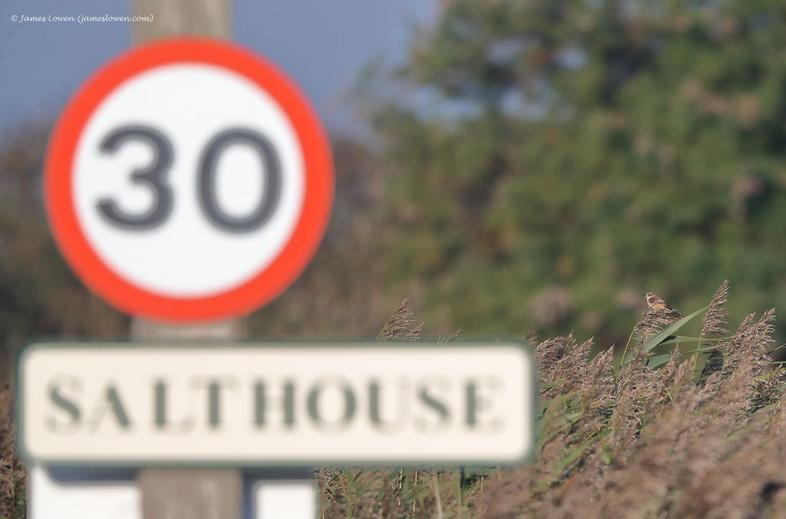 A couple of gory close-ups of particular plumage features. 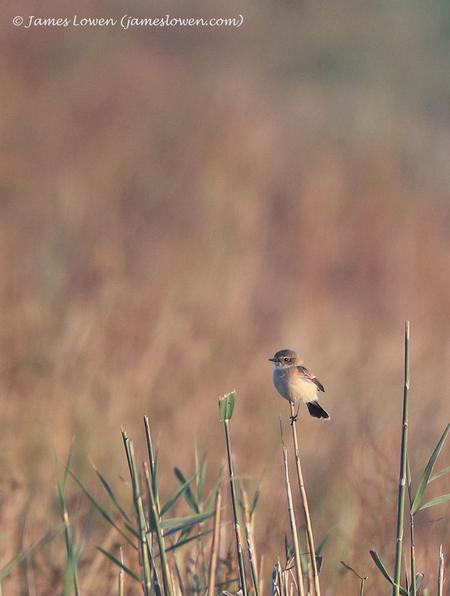 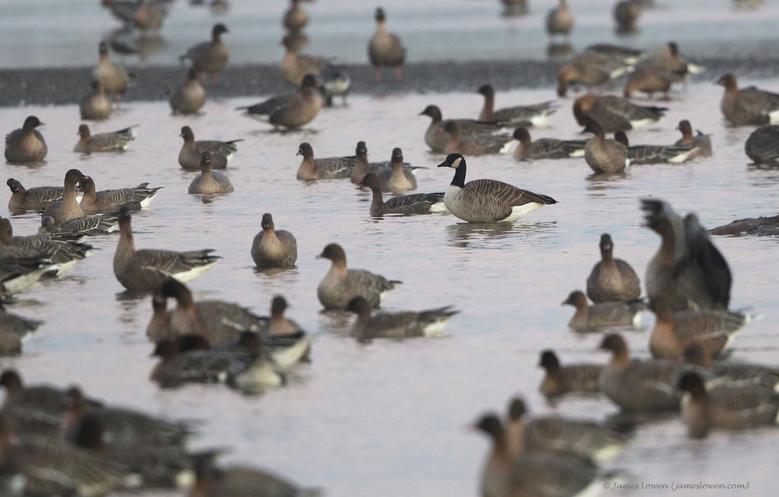 About 930, it was time to leave - there was just time for a breakfast-based trip to Picnic Fayre before meeting the family. As I drove westwards, happy with the morning, news came through of a Red-backed Shrike at Weybourne. A RBS in the second half of October?! That surely had to be a Brown Shrike - so I messaged friends accordingly. Others shared that view. It would have been the logical thing to turn round, head to Weybourne and reidentify the bird as Brown. Unfortunately, there was no time for that, so I continued on, confident that someone else would take a look. So it was no great surprise when, an hour later, Mike Buckland phoned me to say that he, Mark Golley and James McCallum had nailed the bird as Brown Shrike. Uno was abandoned, coffee was downed and we were straight out the door to see a Norfolk first. Sadly, the bird was distant and into the light. So my images are barely worth sharing. The twitch was mightily popular, however... 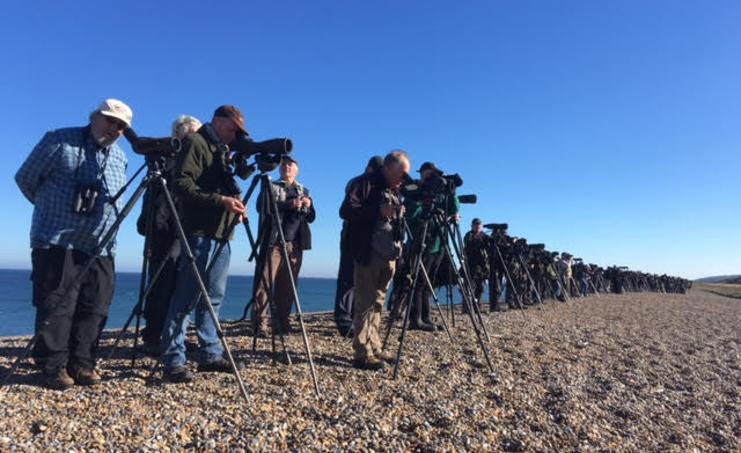 It thus came as a bit of a surprise when, early evening, the bird was 'reidentified from photographs' and judged to be 'Atlantic Canada Goose'. (I had to ask what this was, having not heard the moniker before, but it transpires to be canadensis, aka crap old, bog-standard, farmyard honker Canada Goose). As you may have gleaned by now, I knew jacksh1t about Canada subspecies identification. But even to me, this seemed way off beam. It was surely far too small, for a start - at best one-third bulkier than Pink-foot - was gawky without being cumbersome, had a pretty damn short neck (only occasionally did it extend its otherwise pretty kinky, even snaky little neck) and its creamy-white gulag patch was thick and complete. Mates who knew way more than me got in on the act and all argued strongly in favour of Todd's, albeit a slightly more white-breasted one than normal (although nothing like as much as the over-exposed images taken in the afternoon, in bright sunshine, which may be what contributed to the reidentification). Will kindly forwarded me the seminal ID paper by Chris Batty and Tom Lowe. To me this surely confirmed it couldn't be 'Atlantic', but  -along with Phil Saunders - I couldn't personally rule out parvipes. Then it transpired that Todd's might actually be a broader church than indicated in that paper, with some of the 'parvipes' there perhaps actually being Todd's. Finally, I began to feel that my ignorance was partly excused: bird identification is an evolving process, after all. Whatever... (a) it is a fascinating bird, (b) it is surely a vagrant Canada rather than a farmyarder and (c) the simultaneous departure of all 2000++ Pink-feet (plus Canada), eastwards from roost to feeding grounds, was a definitive, goose-bumping whoosh of adrenalin that rocketed Mark, James and me sky-high. What a start to the day.

On Saturday evening, I was tipped off that a 'rare goose' had been seen at Cley that day. The photo showed a smallish Canada Goose, hidden in with Pink-feet. The provisional identification was either Todd's Canada Goose (subspeciesinterior) or Lesser Canada Goose of the race parvipes - either way, a vagrant from North America. It had roosted, so it seemed logical to get to Pat's Pool before dawn and let the light rise onto the scarce waterbird. Finder Mark Golley was already in the hide, and on the bird, when i arrived. James McCullum arrived shortly afterwards. Both discussed features and agreed it was a Todd's. I confess that I stayed quiet - I had forgotten pretty much anything I ever knew about these things, gleaned from a trip to Islay 17 years ago - and concentrated on taking photos. I know my place.