Time was limited, otherwise I would have spent more time looking for micromoths other than the target. Nevertheless, I picked up three lovely species of longhorn - Cauchas rufimetella (second photo below), Adela reamurella (several; first photo) and a Nematopogon that I failed to photograph - and the delightful Pyrausta purpuralis.

My first Dingy Skippers bounced around and plenty of Common Lizards were on show.

I had done a couple of sweeps of the reserve before I found my first White-spotted Sable. Even then, the swirling flight of this attractive species makes it hard to follow. And when it perches, it rarely does so in a position convenient for photography. And when it does so, it closes its wings so you can't see its full beauty! Nevertheless, the 100% record with targets for #MyMothYear book is maintained. 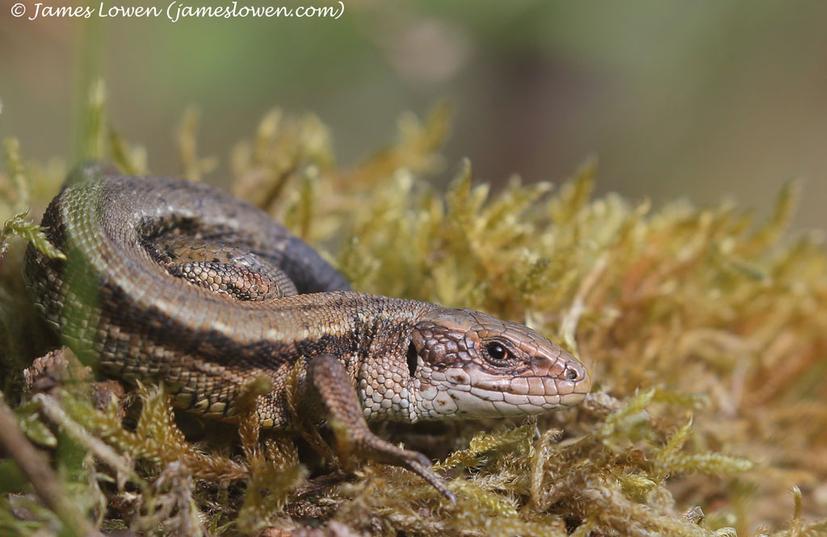 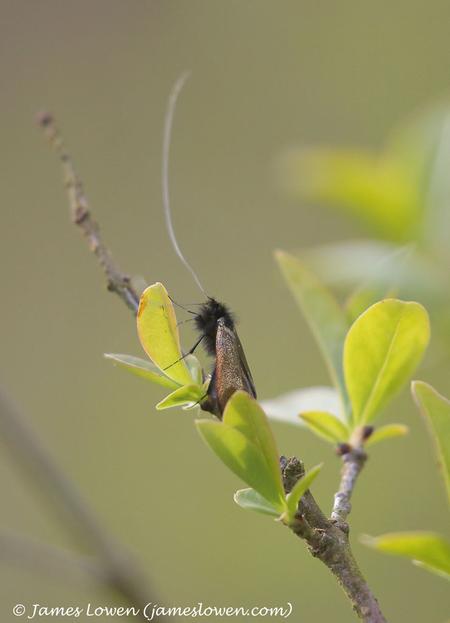 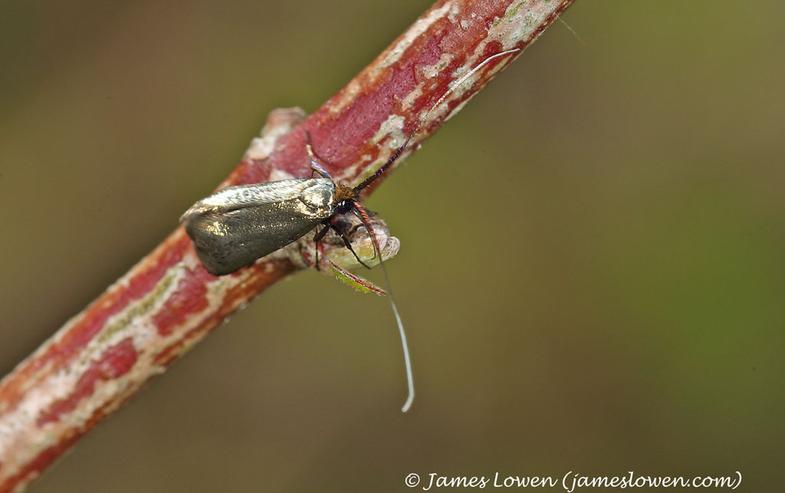 I encountered Duke of Burgundy at two places in this little reserve, its two in one area and six in another. When the sun was out, it was hard tracking these active creatures. When cloud came over, however, they stayed still and allowed close approach. My favourite rare butterfly in Britain.

A quick trip down to Bonsai Bank in Kent yesterday was rather successful, thanks to better weather than expected and some useful gen from local 'mothster' (as I might, for a while, call moth-ers) Nige Jarman. The target was White-spotted Sable Anania funebris​, a rare and rather lovely mic moth that is part of Butterfly Conservation's project to help 'Kent's Magnificent Moths'. I've seen this species twice previously, once at Bonsai Bank (but before I got into moths) and once on limestone pavements in Cumbria. Here the habitat is rather different: rough grass in a chalky grassland with ample scattered hazel and birch. First up, though, were orchids for which the site is justly famous. Hundreds of Lady Orchid were in flower, with many more to come. There were scattered Early Purple Orchid on the grassland and, particularly, adjacent woodland  A score of Common Twayblades were up, and there were rosettes/early stages of other species too.