Just after 21h00, as the sky thickened, Sarah spotted a largish, brownish noctuid sat on a grass stem below a tract of Butterbur plants. Sure enough it was a Butterbur (the moth!). It seemed to be a female calling. Over the next hour, we encountered two others in a similar situation (although one was sat on willow) and perhaps one of the same sprawling on a Butterbur leaf that was adjacent to a MV trap. Success! 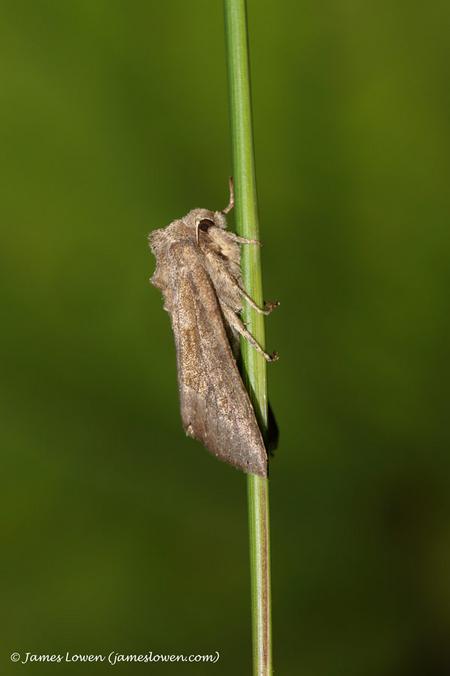 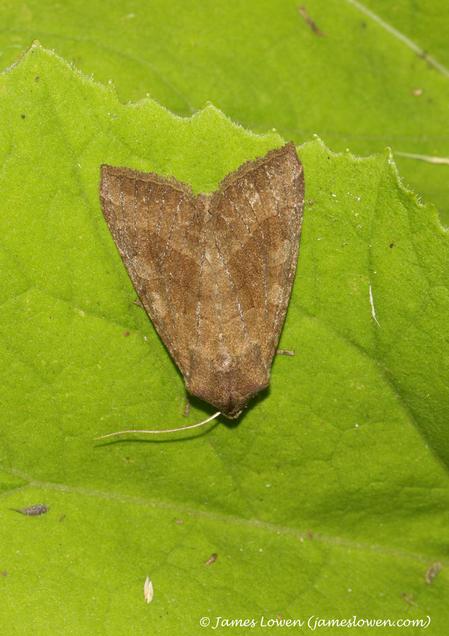 I do love it when a plan comes together. Actually, it was more a hunch. In August 2020, I decided that it was time for me to try and see Butterbur, a largish, brownish moth that was inextricably linked with the massive-leaved plant of the same name. Find the food plant, the idea went, and you should be able to turn up at dusk and find the moths posing atop it. I took a while to track down a nearby site with Butterbur plants, but eventually spotted that the volunteers managing Swardeston Common, south of Norwich, had gathered earlier that year to clear the plant, which was blocking pathways at the site. This sounded both good (because there was clearly a lot of plant) and bad (because it might all be gone). There were no records from the site and, indeed, only one in the 10km square (TG10), but that didn't deter me: this is a localised moth, restricted to patches of its food plant. So we gave it a go. In a September visit, Jack Morris and I found a few decent areas of the plant on the wet and streamside fringes of a small common. We ran a couple of battery traps and torched from dusk onwards, but to no avail. Rather than conclude that the moth was absent, we cautiously decided that we were simply too late - and that an August visit might be better.

The discovery - of a new site for a nationally local moth that is generally scarce and much-declined - now causes pause for thought. How to engage with the volunteers managing Swardeston Common, to encourage them to manage the food plant sensitively to combine needs of both local people and the moth? 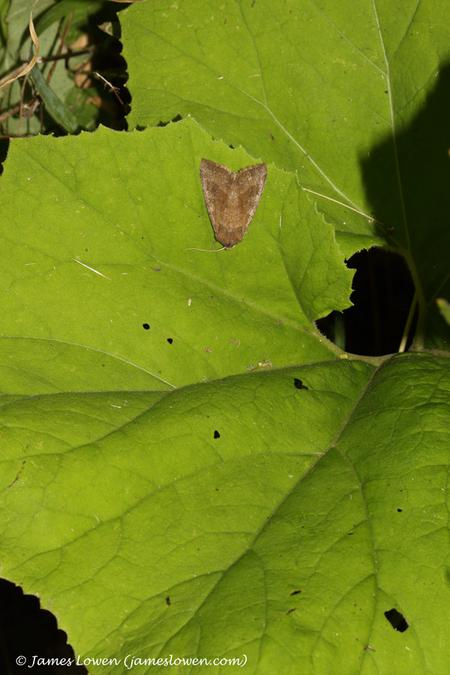 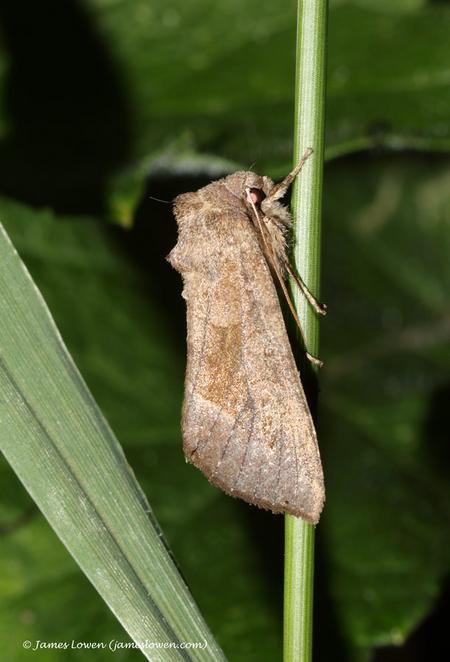 Fast forward one year... Sadly, Jack was away from Norwich during early August 2021 so couldn't join Will, Sarah and I in a Friday-night gambit. We arrived around 20h00 and found plenty of Butterbur plants still around - but also plenty of evidence that they had again been cleared.