On Tuesday, the bird showed rather well, so I joined Will Soar the following afternoon. We spent another few cold, damp hours watching Chinese Water Deer (the 'east' of the blog title) but otherwise dipping until Andrew Easton found the bird in the southeast corner of the reserve. We trudged through the mud for half-an-hour to get there, and waited, getting colder and damper. Then came our saviour. Yoav Perlman arrived with two of his brood... and within 30 seconds, the bird showed for him (indeed, for us all). Reward for the man being so good and adult and finishing his PhD/parenting before coming down. I grabbed about 15 seconds of flight views, at considerable range, and whacked off a few hopeful shots. Here's the uncropped image.

On Saturday, I also went to bed too early to learn of the American Bittern discovered at Carlton Marshes, Suffolk. I didn't need this Yank mega, having seen the 1991 Marton Mere bird, but the chance of seeing such a rarity within an hour of home lured Graham Clarke, Nick Watmough and I out on Sunday afternoon, once I had done my parental duties. Sadly, we missed the 16h30 flyby that saw most birders score - and immediately forsake the cold, dank 'spring' day. We waited until dusk and - aside from a shout of the American Bittern (which looked like Eurasian to me and several others) and a Bitternsp. just before dusk - we had nothing of botaurid significance to celebrate. It was nice enough hearing a Water Vole chomping away, seeing several Chinese Water Deers, sky dancing Marsh Harriers and my first Swallows of the year. But they didn't compensate for a freezingly moist dip.

And here are the monster crops. Identifiable at least. If not quite Steve Gantlett's image. And that was that. We hung around for an hour, then exited. If the weather ever warms, and if the bird's routine becomes clearer, I suspect I'll be back. But, until then, this will have to do. 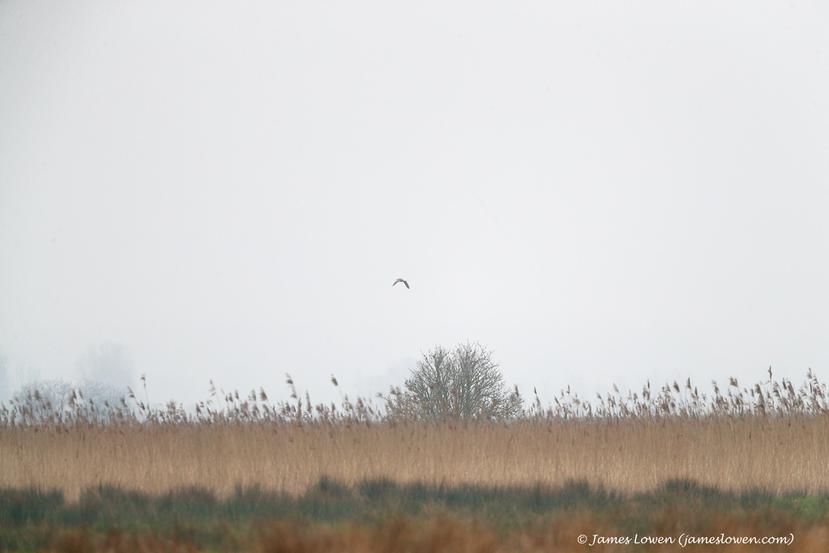 On Saturday I was parenting too diligently to notice a Twitter invitation to view Small Eggars, attractive moths that had just emerged at Walsey Hills. Am opportunity missed to see a classy, declining species. Drat. But that night was mild and moist, raising prospects that I might get one in my garden trap (they have been recorded at Trowse, just south of Norwich). I didn't, but David Norgate did - and he kindly let me and others see his prize catch. What a stunner! 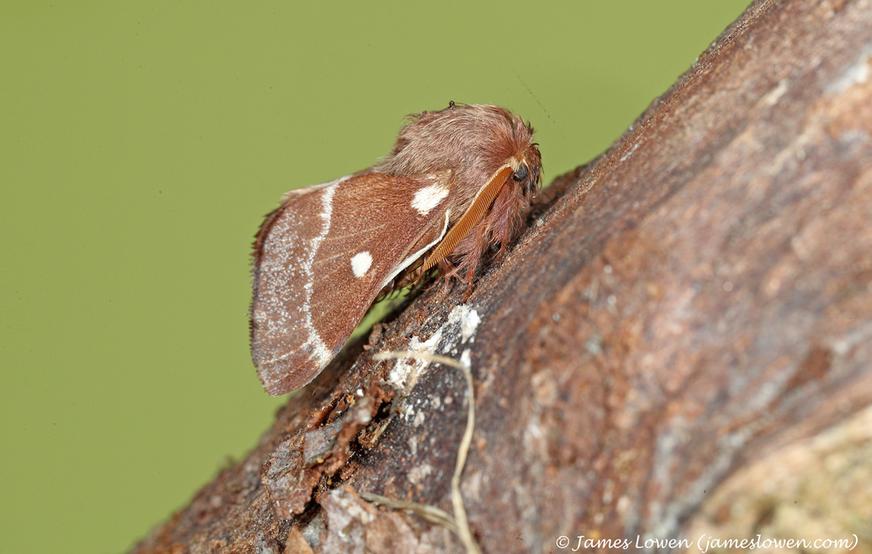