Last August, I was very happy to catch Norfolk's third Caloptilia honoratella. It was a rather subtle female, about which I had a hunch because it looked similar to Norfolk’s first, caught by Louis Parkerson. At this stage there were fewer than 20 UK records of honoratella. Trapping on 10 April this year, I spotted two interesting Caloptilia on the same egg tray, barely six centimetres apart. One individual showed the lack of yellow tones (just chocolate brown and off-white) that we have come to recognise as suggesting honoratella (as with Laura King’s male, Norfolk’s 2nd). The other was more equivocal, but I reckoned it was likely to be a male Caloptilia hemidactylella, albeit a rather smudgier, less yellow version than I had previously encountered (three times at home, including twice in April 2020 - see here and here - and once in 2019 [the first modern Norfolk record], caught by Justin Farthing. I was, however, rather nervous about the identifications, particularly given a Caloptilia caught by Dave Jones (see below, taken from the Norfolk Moths website) which looked very good for honoratella... but proved, on dissection, to be hemidactylella!

At some point, if I ever have time, I might spend a few hours piecing together various images of confirmed examples of the two species to determine whether there might be any consistently diagnosable external characteristics, which would enable records to be acceptable without the need for time-consuming/cumulatively costly gen. det. In the meantime, I will simply remain honoured that these two micro moths both visit my garden, express astonishment that they did so within a few centimetres of each other on the same night and laud their apparently successful colonisation. 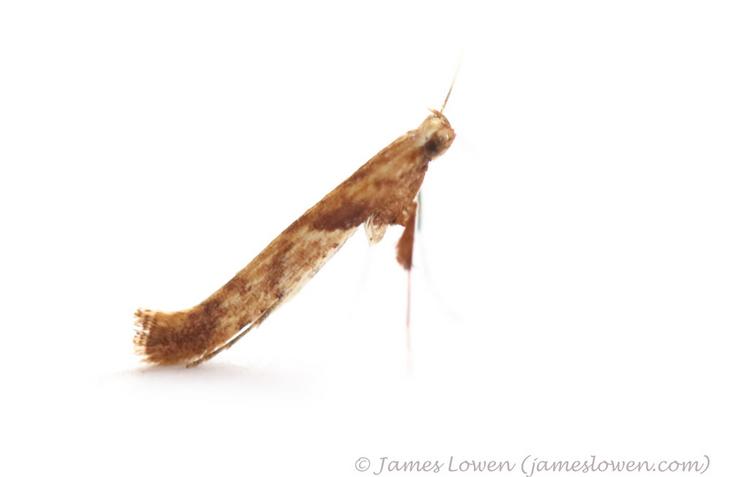 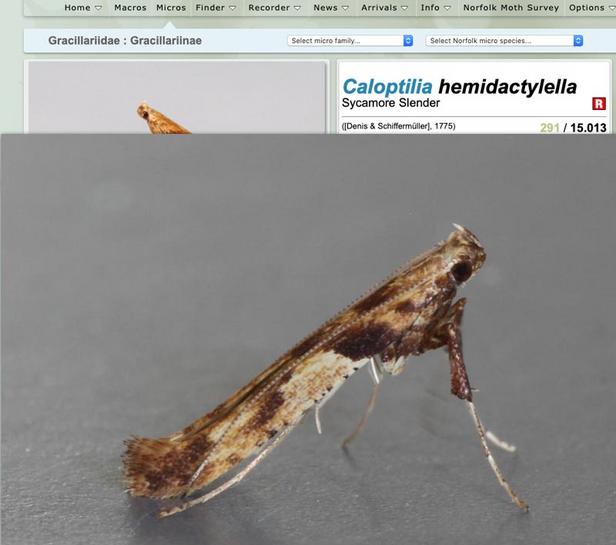 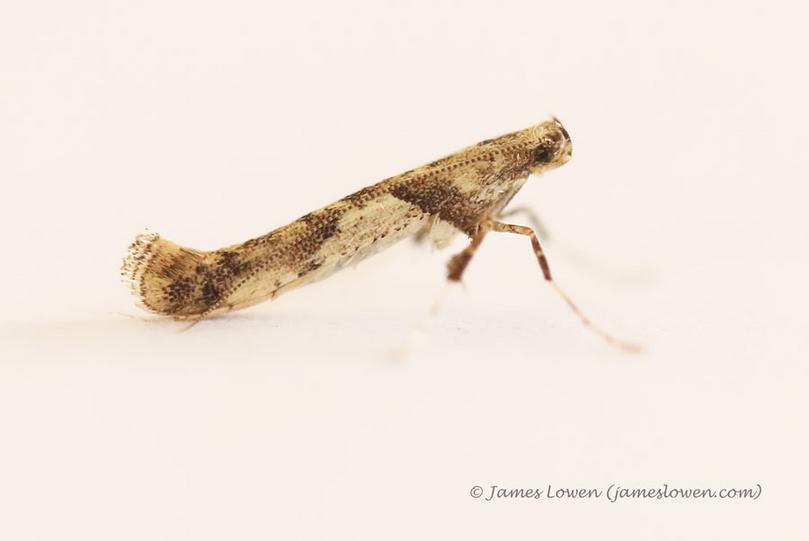 ... and the other was indeed a (scruffy-looking) male hemidactylella.

Given such uncertainty, confirmed records of both species are currently only permissible following dissection. Keith Kerr kindly conducted the examination of the duo's genitals - and confirmed that my suppositions were both correct. The individual lacking yellow was indeed a male honoratella.