I met up with friends (& family!) in Hyde Park, which made the walk even more enjoyable. So thank you to Alick, Amy (below!), Chris, Duncan, Durwyn, Joanna, John, Mark, Pieter, Stitch, Sophie, Stuart, Tamsin and Willow. 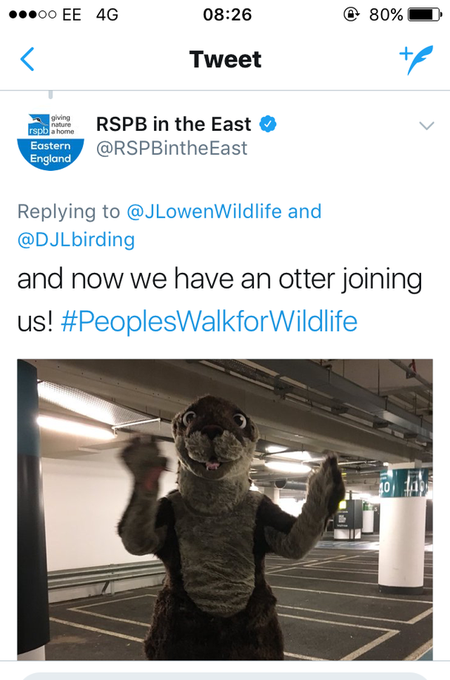 Make no mistake: this was an impressive turnout for an impressive event. The culmination was the presentation - by Packham and representatives of the next generation - of the People's Manifesto to No10 Downing Street. It was great to see Sir John Randall - ex-MP and the PM's special adviser on all things environmental - so closely involved. Say what you want about the current administration's attitude to wildlife, but this would never have happened when I worked through the connecting door from No10, as secretary to environmental Cabinet Committees and effective extension of the No10 environment team. And that is something that should surely engender hope.

It was only when we started walking, when the streets rivered with Homo sapiens, that I realised quite how many people were walking for wildlife. Counting a group of 100, then multiplying up by the length of the fleshy waterway, we estimated 10,000 - a figure that accorded with police estimates. It made for an impressive sight - and sound, for many of us were playing our recorded birdsong at volume, in homage to the 44 million birds missing from the UK. 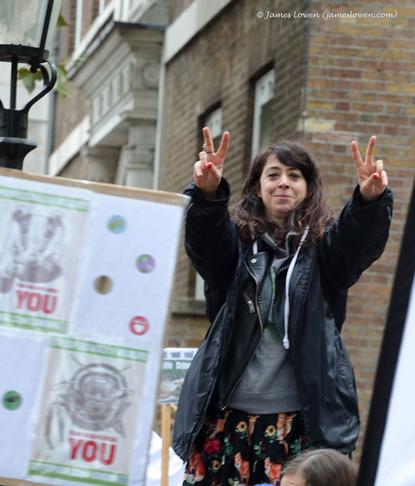 Which got me thinking back to my conversations with Duncan. The #PeoplesWalkforWildlife was magnificent, uplifting and highly positive. But it is just the start. There was much talk of another walk - even of making it a fixture in the calendar. And if we numbered the #Soggy10000 without all my wildlife-watching mates from Norwich, without all the birders that John and Chris and Duncan and I knew and whose absence we lamented, without all the readers of the nature magazines for which I write, how many will we number when they do all turn up next time round?... And how many the time after that?

This was an uplifting, unifying, empassioned day - full of birdsong and love and commitment. As the Norwich trains were on the blink and, disappointingly, not a single of my Norwich wildlife mates wished or was able to come, I bagged a lift with some of the RSPB in the East team (thanks Rupert, Drew, Fabian). This saw me photographing a giant Turtle Dove before 6am and being temporarily dressed as an Otter in Westfield shopping centre less than two hours later.

Yesterday I was part of the estimated 10,000 nature-loving and environmentally concerned folk who joined the Chris Packham-organised #PeoplesWalkForWildlife in central London. We became known as the #Soggy10000 as a result of the heavy rain that dominated the day, saturating our clothes... but not our spirits.

The morning focused on the exposition of the People's Manifesto, edited together by Packham, Rob Macfarlane and Patrick Barkham - all human stars of the natural world. Individual policies and recommendations for change were delivered by a largely impressive series of 'Ministers', including (most inspiringly) three female teenagers, interpersed with cameos by Billy Bragg, backed by a bopping Giant Turtle Dove, and some stellar kids, notably a poem read (nay, performed) by Dara McAnulty. Most of the Ministers' manifestos included some sharp ideas (Dave Goulson's, in particular), although some were a little the 'same old' - even tubthumping by rote. The most uplifting speech - perhaps inevitably - was by George Monbiot, but a personal shout-out for two brilliant ministers, Kate Bradbury (who writes and campaigns energetically about urban wildlife) and Amy-Jane Beer(who spear-headed efforts to improve gender representation at this year's Birdfair). I know both a little, admire both greatly and salute both massively.

Time for that Giant Turtle Dove to reappear, together with a man studying them (the RSPB's Guy Anderson, aka 'Trousers').

TThe RSPB had cleverly brought some mock-up placards for folk to personalise - if they had not brought their own. Here are a few of the messages that caught my eye. 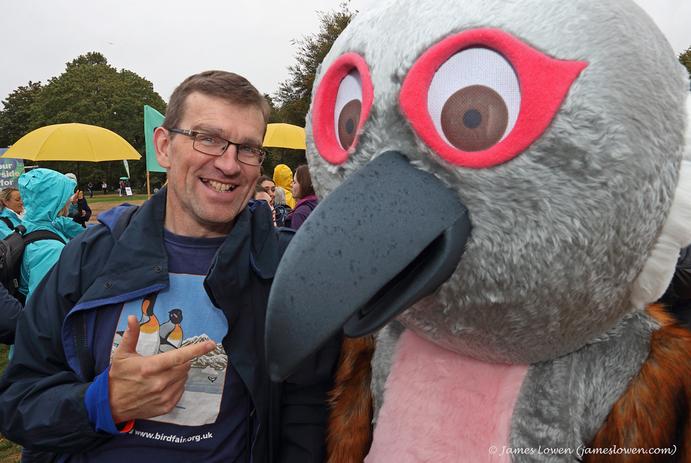 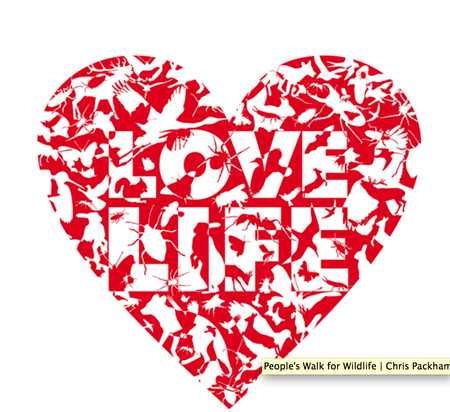 By late morning, it seemed that the event was going to be a damp squib in more ways than one. Chris, John and I bemoaned the apparently paltry - pathetic even - attendance. Several hundred people, perhaps, but not thousands. Where were all the birders that we saw in the field? Why had they not come to show their passion, commitment and desire for improving our attitude to nature? Duncan and I had a similar conversation, but he impressed upon me that all movements start small - "even Pride was only a few hundred of us at the start" - and that the point was that there WAS a movement. And then... as the clock ticked into the afternoon, things changed - and dramatically. 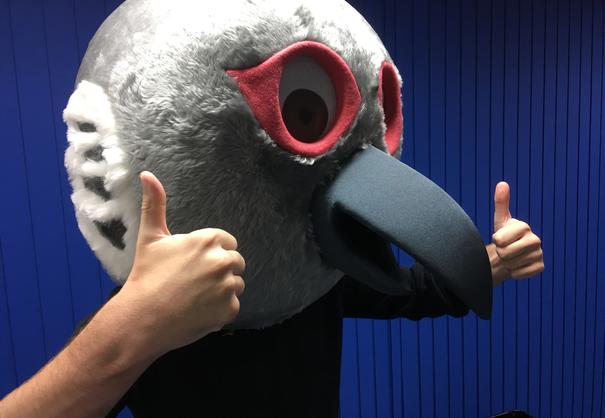 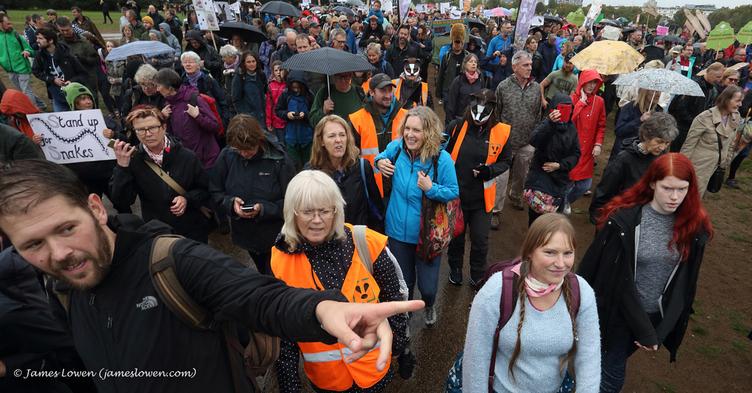 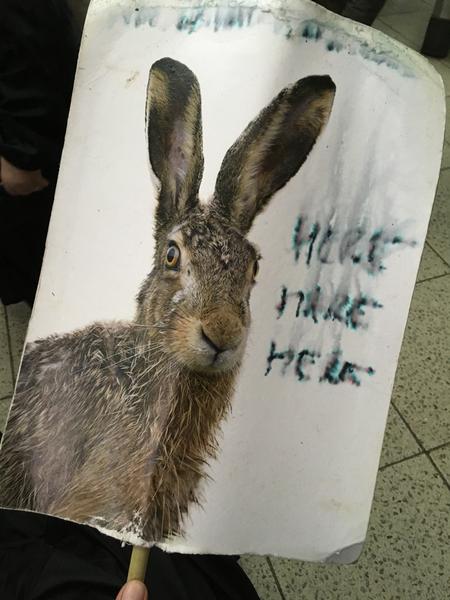