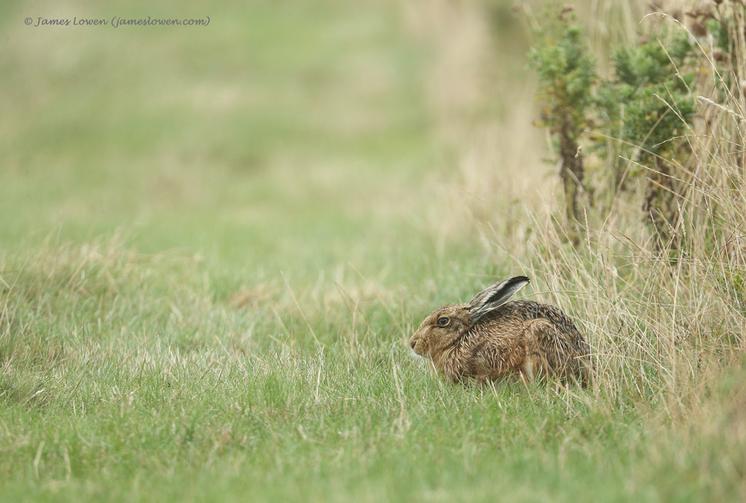 Not much else to report, but I'll throw into the mix a pic of a confiding European Hare at Burnham Overy, one of a shed load of Graylings I've seen this week (Holme, Burnham Overy, Minsmere and Winterton) and a (presumed) Dune Waxcap at the same place. Roll on the return of the easterlies...

Last week produced some easterly winds (well, from that side of the compass, anyway) so I did what East Coast birders must do during such conditions - I birded the east coast. Four times. On Monday, Dave Andrews and I took our daughters to Winterton, where we studiously avoided a showy Wryneck and enjoyed some Whinchats and Sylvias instead. On Tuesday, I reckoned the winds and rain looked best for East Norfolk so went there... and failed to find anything better than Garden Warbler. On the north coast, meanwhile, a friend found Greenish Warbler at my default haunt of Burnham Overy Dunes. (That rankled; I still need Greenish for my self-find list.) The following day, I did a bad thing and twitched the Lowestoft Booted Warbler. I was castigated for such dirtiness by the bird refusing to show more than in flight and occasionally (and briefly) perched. (The following day, of course, it porned it.) Come day three, I zipped to Burnham Overy Dunes between school runs. Things started well with Lesser Whitethroat and Redstart at the boardwalk. A Locustella raised pulses in the suaeda, but - inconveniently - it showed well, confirming its identity as a mere Grasshopper Warbler. A Common Whitethroat flirted with me in the dune grass and a female Merlin showed well twice. But that was about it... until Dave Andrews let fly that he had just had a Pallid Harrier fly west past him at East Hills. After 40 minutes of anxious scanning, during which time Ash Saunders had it past Wells/Holkham, I picked the bird up well inland of me and distant. And I mean, distant. These pics are mega crops. Barely a whole pixel in them.

A thPerhaps the most interesting moth has been this wainscot. At first glance, it was so plain and gingery that I thought it might be a Fen Wainscot. Closer examination revealed that it was not quite plain, and had a couple of dots on the wing and the faintest of white lines. It was also rather slender winged. By the time I got to take photos, it had lost a lot of its plainness, so the following images show it to be rather more contrasting that it initially looked. By far the most likely answer is that this is a very plain, poorly marked and smooth Common Wainscot. Though it did get me wondering what Mathew's Wainscot looks like. There are no confirmed records of that saltmarsh 'species' in Norfolk, so it would be a very surprising record. And, for my money, the hindwing is not quite grey enough (it's suffused grey, but there's no venation) for Mathew's and there's enough of a hint of white venation for it to be Common. Which is where my money firmly lies. A bet endorsed by folk on the Norfolk Moths Facebook group who are confident that this is a plain second-generation Common. Good stuff. Lots to learn. 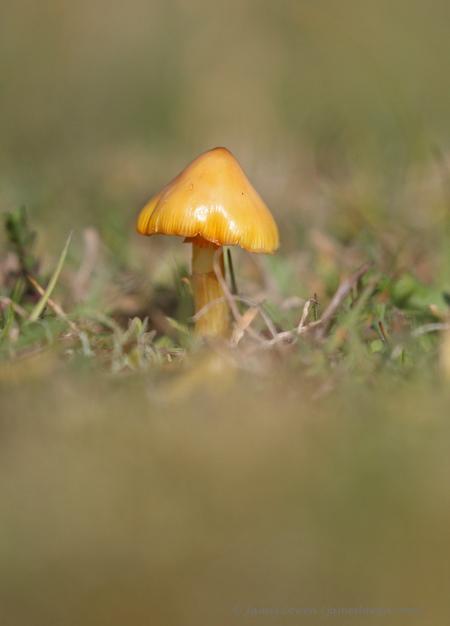 And with that the easterlies, and birding, died a death. A trip to Minsmere with Guy Dutson (over from Oz) and our daughters changed the focus of our attention. Granted we saw a lovely first-winter Caspian Gull (thanks to Phil Saunders; I wouldn't have bothered loping at the gulls, you know that), two Yellow-legged Gulls, two Little Stints, a Redstart and a Hobby... but the highlight was an invertebrate. Or three. After several years without seeing on in the UK, we found three green giants - Great Green Bush Crickets. Cracking they were. And not something I have seen this far north.

A coA couple of interesting bees turned up on our garden Blue Eryngo. In a brief view, Phil Saunders thought that the brighter one was  Ivy Bee, which has recently reached Norfolk. This is well above my pay grade, but it looks good. James Emerson has confirmed that view: the bright one is Ivy Bee - a garden first - and the pale one something else, as yet unidentified. Another area to investigate. Plenty to learn.

Moths, frankly, have been pants recently. Very little variety and even less quality. That said, there was some mopping-up of common stuff for the garden list. The first garden Oak Hook-tip and Small Wainscot and only the second Latticed Heath for the garden were both nice, as was the Red Underwing. There has been another small rush of White-points and Diamond-backs, but the Silver Ys have dried up. Large Yellow Underwings are finally out in force. 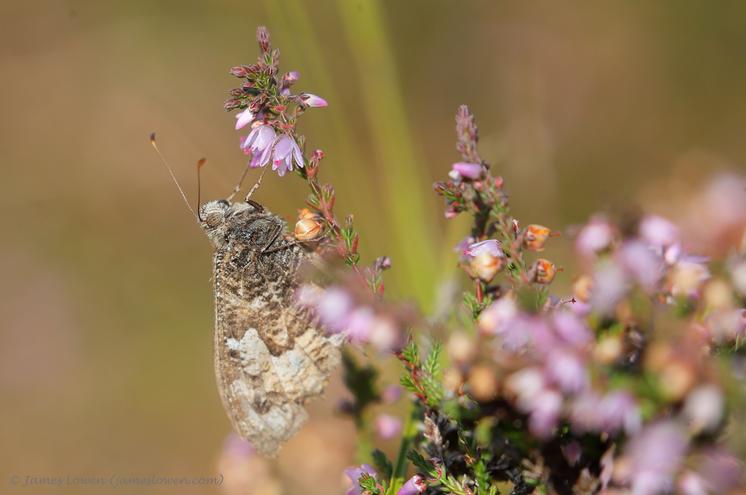 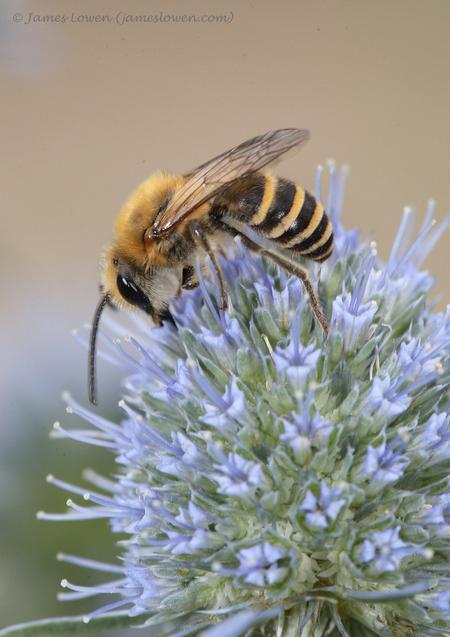 At range, the bird looked good. A Pallid on plumage and structure (slender-winged with a narrow hand). And then... Les Bunyan photographed the same bird over Ringstead, where it unequivocally showed five primaries. And that (similarly unequivocally) means Hen Harrier blood. So... a hybrid Pallid x Hen Harrier. Rarer than a Pallid, perhaps, but not as gut-wrenchingly exciting. Doh.