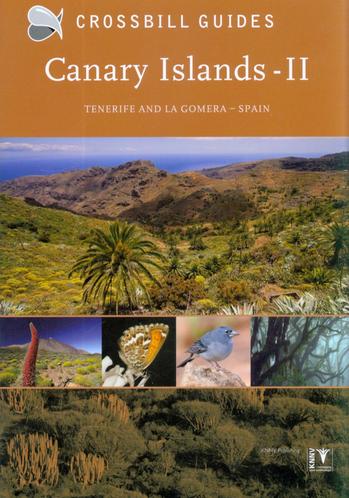 An admirably detailed yet readable wildlife chapter covers flora, mammals, birds, reptiles and invertebrates (primarily dragonflies and butterflies). This breadth is admirable: just what the modern wildlife-watcher needs, although I yearned for the invertebrate chapter to additionally cover moths (or at least day-flying moths, which I encountered almost as frequently as I did butterflies). Whilst this is not a field guide,  the large number of high-quality colour photographs certainly help with identification. On birds, I particularly appreciated (a) the attention given to endemic or restricted-range subspecies and (b) the grouping of species by habitat type (as oppose to running through in taxonomic order, which would have felt sterile).

The Crossbill Guides Foundation is a European non-profit organisation with "a single goal: to forster interest in European nature and its conservation". It publishes "ecotourism travel guides with routes for naturalists, hikers, birdwatchers and anyone who wants to discover the secret spots and species of European natural areas".

The book is a travel guide to the wildlife and environments of Tenerife and Gomera. These are the most diverse islands in the Canaries, "islands of extremes: from sun-baked, shrubby lava fields to evergreen cloud forests and from lush terraced mountain slopes to the strange high-altitude semi-desert in the crater of the Teide volcano". The scenery is spectacular, the wildlife blessed with a high proportion of endemics.

The book splits into two roughly even halves: 100 pages or so on landscape, ecozones and flora and fauna; and about the same on practicalities, including site descriptions and travel information. 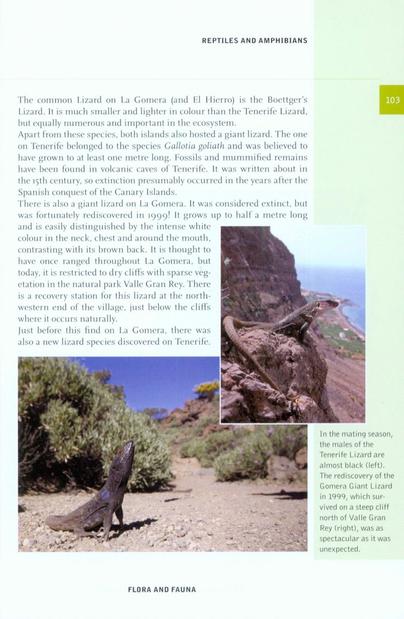 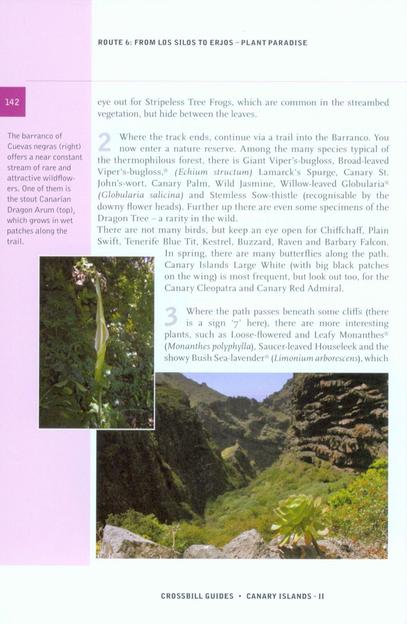 Dirk Hilbers at the Crossbill Guides Foundation was kind enough to send me a review copy of the latest Crossbill Guide – Canary Islands II: Tenerife and Gomera–  so that I could road-test it on my recent trip to Tenerife. This is my review. 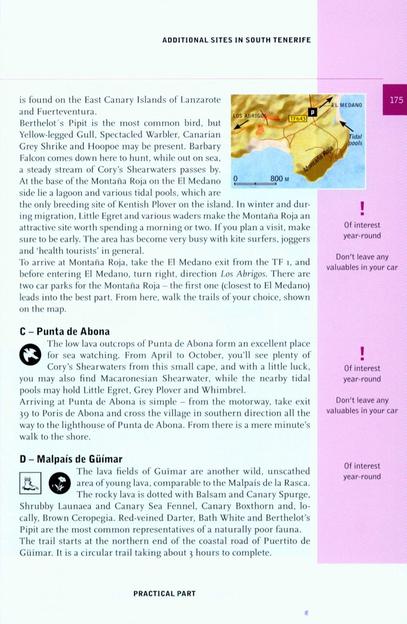 The explanation of each route contains detail worthy of a good birding trip report, with precise information for finding specialities, a wide variety of taxa covered and clear maps. For each route I tried and each site I visited, the material was both accurate and apposite. Impressive! Whilst the coverage may not be comprehensive – I was surprised not to see mention of the picnic site at Llano los Viejos (Las Mercedes, Anaga Mountains, north-east Tenerife), which is a well-known site for Bolle's Pigeon – it was certainly more than adequate to provide for a month's worth of wildlife-watching, let alone the few days that I was able to spend on the island. 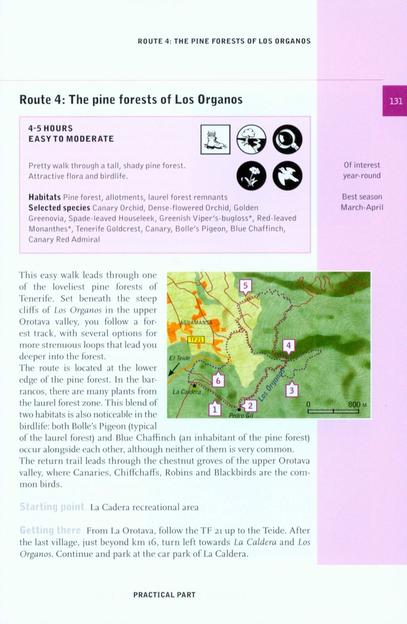 The exposition of the islands' landscapes is impressive: plenty of detail that whets the appetite for exploration. I particularly appreciated the picture (not the one above) that summarised the altitudinal gradient of Tenerife habitats, from coastal vegetation through scrub and two types of forest up to the high slopes of Mt Teide, the towering volcano that dominates the inner island.

Then onto what, for me, was the meat of the book: 'the practical part' as the authors call it This section is split into five geographical areas: central Tenerife (including El Teide), north-west Tenerife, north-east Tenerife, south Tenerife, and La Gomera. Within each area, between two and four 'routes' are proposed for the visiting wildlife-watcher to follow, plus a larger number of subsidiary sites.

I found very little to grumble about with this guide. Perhaps I could have done with a bit more on seasonality across the taxa: I was surprised to find the endemic Tenerife Lizard active in the Anaga Mountains, given the implication in the guide that locations with winter activity were few and in the lowlands. I also found myself flicking between different bits of the guide (particularly the routes) rather more than I would have wanted, which suggests that a simpler structure might have been possible. Despite five names being mentioned as having edited the book, there were a surprisingly high number of minor grammatical mistakes and typos – but none were so bad to even distract or mislead the reader.

In summary, I really liked this guide, and it proved to be an essential companion given the breadth of my wildlife interests. Sure, if you're solely a birder, you can make do with existing material (particularly trip reports). But to contextualise the birds, to get to grips with other taxa or to combine wildlife with scenery, this guide is very useful indeed. This was the first time I have put a Crossbill Guide to the test. If others in the series on European wildlife-watching areas are of the same quality, I will be a convert.