I am just back from co-leading the BBC Wildlife magazine readers’ holiday to southern Morocco, run by Wildlife Travel. Indeed, we only just made it back, given that the country announced the prohibition of UK-flight ingress/exit within a few hours of our return. Wildlife Travel is a great company that ringfences its profits for the Wildlife Trusts (and automatically offsets greenhouse gas emissions for all flights on all tours. Philip Precey led the tour, which numbered ten magazine-reading clients. We stayed throughout at the outstanding Atlas Kasbah, near Agadir, from where we made day trips – including to Tamri, Parc National Sous Massa, the Anti-Atlas mountains and the High Atlas.

Given how little water there was around (it was very dry when Philip visited at Xmas and hasn’t rained since), it was surprising to see any dragonflies at all, let alone a neat selection. The highlight was Blue-eyed Pincertail (new for me) at Paradise Valley. Here too there were a few Blue Emperors and a Red-veined Dropwing (new for me). Elsewhere, we had the odd Vagrant Emperor, a Red-veined Darter, a too-brief-to-identify damselfly at Tamri, and Orange-winged Dropwing (another tick) at Tiout.

Philip and I flipped a lot of stones during the week, aided by a couple of curious clients (against our formal H&S instructions...). Reptiles were great. We found Spur-thighed Tortoise at several sites and Spanish/Moorish Terrapins in Paradise Valley. The restricted-range Margaritas’ Fringe-toed Lizard – recently split – was fairly common along the coast near Tamri inland towards the Anti-Atlas (where the animals we saw looked a little different to the coastal ones). We found Golden Fringe-toed Lizard at PN Sous Massa, which marks the northernmost tip of its range. We saw Bibron's Agama in the Anti-Atlas and near the hotel.  Moorish Geckos at several sites were outclassed by tiny Moroccan Lizard-toed Geckos under various rocks, plus Moroccan Day Geckos basking on a rocky outcrop in the High Atlas. An Ocellated Skink was a surprise in the palmery at Tiout.

The stars were two species of scorpion (Yellow Buthus sp. and Slender-tailed Black Hottentotta gentili), which were often found when flipping rocks, and a few cracking flightless grasshoppers.

Moth-trapping needs a licence in Morocco, so I had to resist the intense temptation to bring lights. Nevertheless, illumination around the hotel was worth checking for the first few hours of darkness. I have yet to do the necessary sleuthing on most identifications, but stuff I could identify included migrants to Britain such as Pale Shoulder, Scarce Bordered Straw and Silver Y, plus Common Bagworm (or local equivalent). The day-flying highlight was Amata mogadorensis (a Nine Spotted-type), which was astonishingly common (as if just emerged) in the hotel garden, and seen at a couple of other places too. 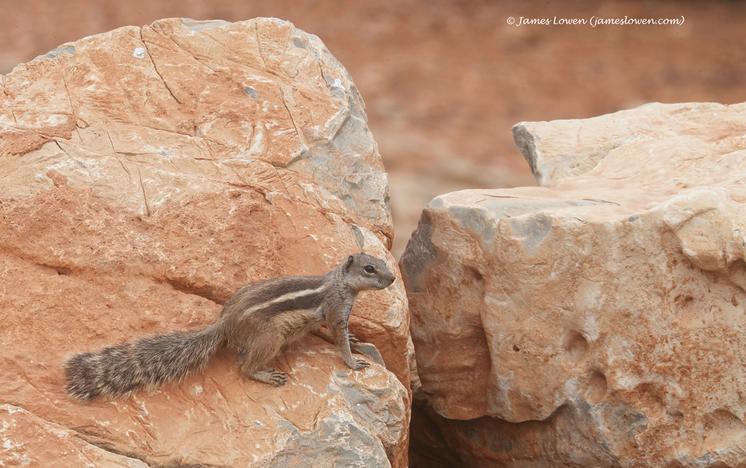 The only wild mammal seen was Barbary Ground Squirrel, which was particularly common in the 300-million-year-old Anti-Atlas mountains. My only experience of this species was of introduced animals in the Canaries, so this is ostensibly a tick. A USP of the Wild Travel tour, as far as I am aware, is the day spent investigating the conservation-breeding programmes for Sahara-Sahel megafauna in Parc National Sous Massa. Vast enclosures (two, in combination extending over the equivalent of 3,200 football pitches) harbour hundreds of Addax (down to three individuals in the wild), Scimitar-horned Oryx (Extinct in the Wild, but subject to a fledgling reintroduction programme in Chad), Dorcas Gazelle and (Red-necked) Ostrich (not a mammal, I know, but included here for simplicity, and because they are basically mammals anyway). 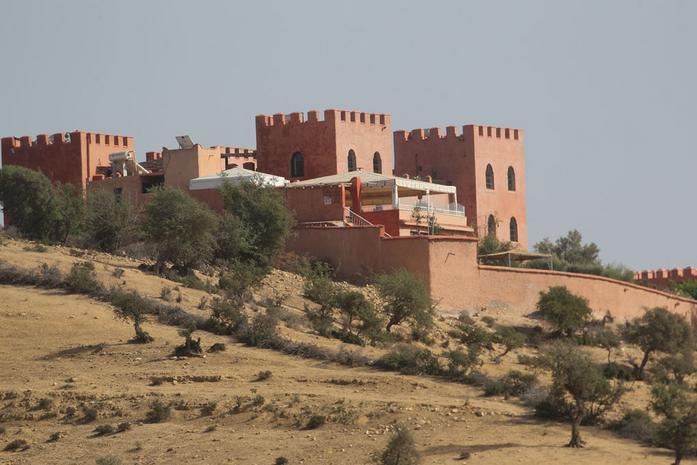 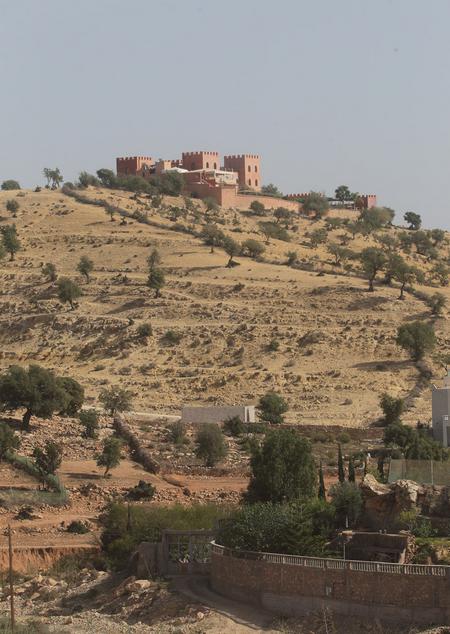 Seasonal aridity kyboshed much botanising, but there were still some lovely things to see – and Philip worked wonders to educate us all on North African flora. I have much to learn about things that grow rather than move.

Two species of amphibian were seen, both new to me. North African Water Frogs were resident in the hotel garden and we also saw them in Paradise Valley. Berber Toad is a right cracker, and we were delighted to see it in the Tiout palmery ‘swimming pool’ and around the PN Sous Massa visitor centre.

It was a wondrously varied trip, with visits to souks and traditional cobblers set alongside light-touch botanising and geology. There was fabulous faunal interest, with new birds, butterflies, dragonflies, herps and moths complementing an intriguing visit to a conservation-breeding programme focusing on globally threatened mammals (including two species that are formally Extinct in the Wild). A full trip report will appear in due course on the Wildlife Travel website. In the meantime, here are some personal highlights.

On my only visit to Morocco at the turn of the century, Northern Bald Ibis was hit and miss. We missed. There were around 60 pairs then, compared to perhaps 700 individuals now. A conservation success story thanks in large part to BirdLife International Partner GREPOM, this species was ‘downlisted’ from Critically Endangered to Endangered in 2018 – a story I wrote up for the BirdLife: the magazine. This time round, we had no such problems, enjoying watching a group of 22 birds feeding on the rocky slope above the car park at Oued Tamri.

All in all, a splendid trip in great company. Thanks to all clients, to Philip, to our ground agent/driver/guide Mohammed, to the Atlas Kasbah team, to Wildlife Travel/Sunvil and to BBC Wildlife. 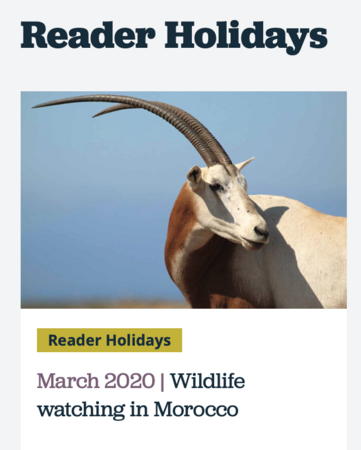 The other star bird was Tristram’s Warbler. We bumped into three sets of territorial birds in the High Atlas. Other personal highlights were prolonged views of Black-crowned Tchagra (after much persistence), a typically hyperactive group of Fulvous Babbler, a heard-only Levaillant’s Woodpecker, ‘Moroccan’ Wagtail (subspecies subpersonata; surely as good a split as Maghreb Magpie), brief views of a migrant Western Olivaceous Warbler, and several Western Orphean Warblers.