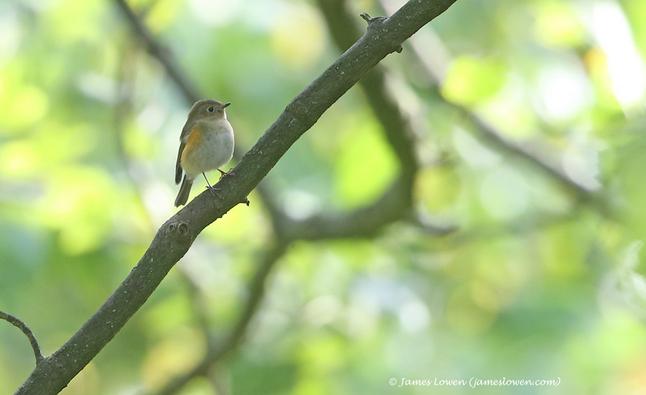 The discovery on Thursday of the UK's sixth Taiga Flycatcher in South Landing, Flamborough Head, boinged ripples through my twitching pond. Eighteen days previously, I had dipped Taiga Flycatcher on the headland itself. I wanted to make amends, but a combination of work, exhaustion, family commitments and some interesting prospects for Norfolk bird-finding prevented another trip north until today. Paul Varney kindly drove, and the other two seats were co-opted by two partners-in-crime fro the earlier twitch, Max Hellicar and Jack Morris. In a most pleasing fashion, the flycatcher was on show the second we arrived (and was very vocal at this time: a lovely dry rattle) and we enjoyed decent views on and off for a couple of hours. Easy. Sadly, however, I failed to nail any jaw-dropping photos (unlike Jack, whose superior field skills meant he had it in decent light at point-blank range), but nevertheless the wholly black bill (seemingly stubbier than Red-breasted Flycatcher), black uppertail coverts, greyish tones to the upper parts and absence of any buffy tones to the breast were all captured. A nearby Red-flanked Bluetail was less showy, but at one point even shared the tree with the flycatcher. There seem to be mixed views on whether the flycatcher is the same as that of 16 Oct or different. Given the species's scarcity, the former would seem to be favourite, but it seems unlikely to have been missed in such a well-birded location, and there do seem to be minor differences in greater-covert pattern that might not (or might...) be explicable by the passage of time.