Recurvaria nanella is nationally scarce and was new for me, but enjoys a good cluster of records in south-east London, so it was perhaps not surprising to catch a few.

As I have written on this blog previously, I have a thing about Caloptilia, so it was perhaps unsurprising - with the trap sited below a sycamore - that I should catch a couple of interesting creatures. My first impression was that the first one was C. hemidactylella and the second honoratella, but a couple of moth-ers quickly pointed out that both fitted honoratella better. In retrospect, I agree. Either way, to be allocated to species, this pair now need dissection so - at the time of writing - their identity is unresolved (but that will change in due course).

Reaching the end of the alphabet now, we have two very different-looking Zelleria hepariella. One large and classic, the other confusingly small (barely half the size!). Interestingly, three of us in Norfolk caught individuals like the latter shortly afterwards, suggesting dispersal. 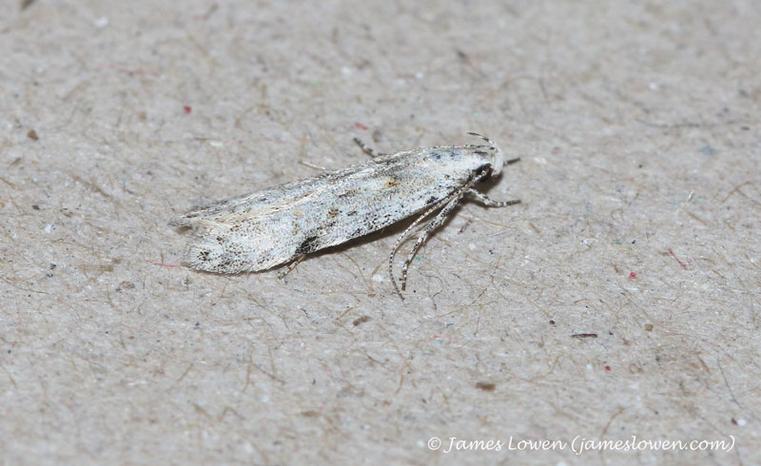 Blastobasis rebelli was also new to me. According to the Kent Moths map, there were only two known localities in the whole of Kent until 2020, although that has changed since. Moreover, one of those sites was close to where I was catching so trapping two was perhaps not the shock it initially felt.

So plenty to be gained by trapping in odd places, even in London gardens. All records will be submitted to the county recorders in due course.

Carpatolechia alburnella was less pretty, but there appear to have been no records in the whole of Kent during 2014-20, so catching one is of county-level interest. 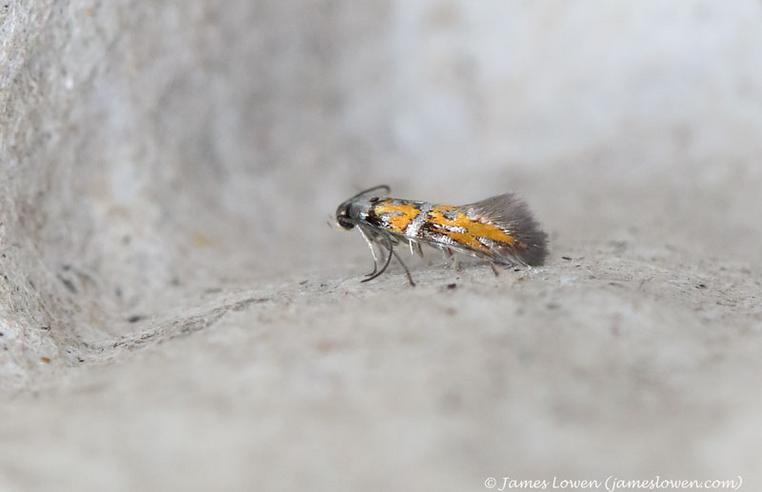 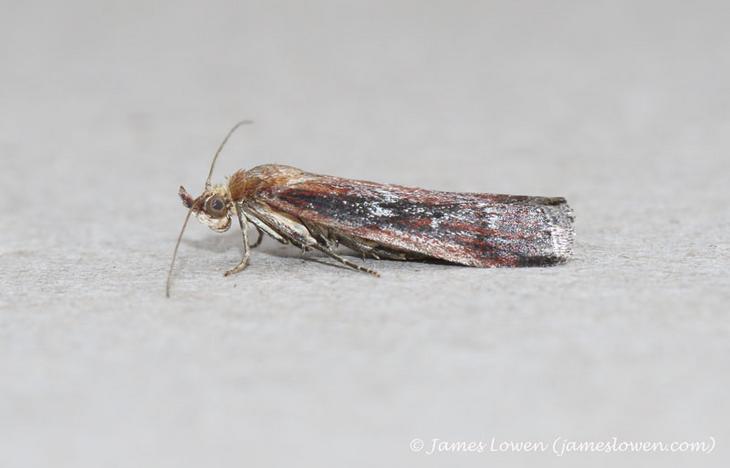 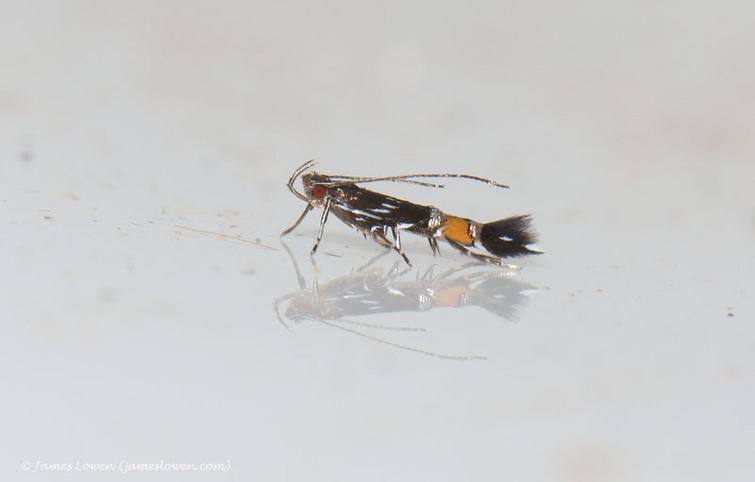 I've only seen one Prays ruficeps before, in east Kent - so catching another in Lee Green was pleasing. All the more so because (with the usual caveats about post-2020 records etc), there's only one dot on the Kent Moths map for VC16. (This said, and despite Kent and Norfolks moths suggesting that it is possible, I have since been told that Prays spp. cannot be separated on external characteristics (or even genitalia differences) alone!) 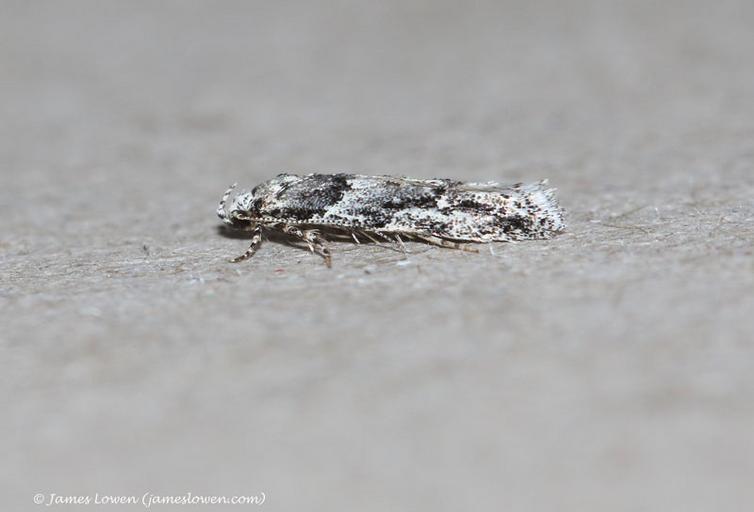 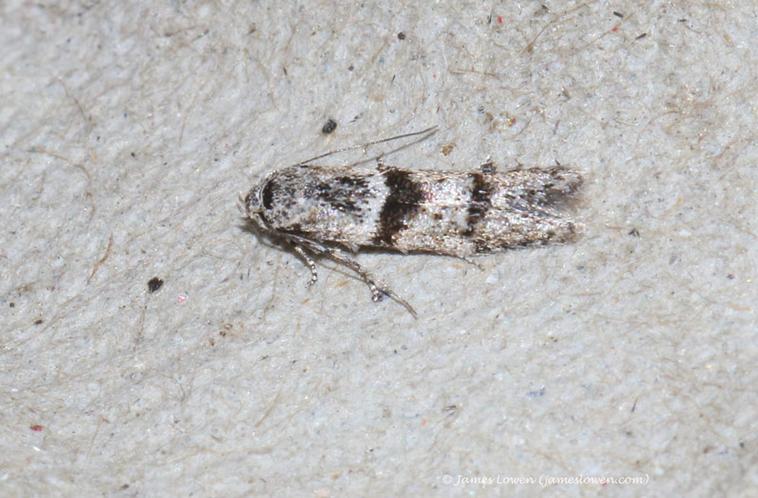 One morning, a curiously unfamiliar and very smart knot-horn confusticated me - until I realised that it was a speciality of south-east England's chalk downland, Uncinus obductella. Of interest, the species was clearly wandering at the time, with the first couple of records for both Norfolk and Suffolk on roughly the same nights.

Earlier this month I spent an unexpected week in south-east London (Lee Green and Blackheath: both in VC16 or West Kent, in biodiversity-recording terms) and popped an actinic moth trap in the gardens of the houses I visited. It is always interesting mothing in new areas, even urban ones - and particularly during decent weather. You never quite know what differences there will be to your own garden trap. In terms of macromoths, while an abundance of Tree-lichen Beauty is now comparable with my Norwich home, the plethora of Jersey Tigers and the odd Gypsy Moth remain but Norfolk aspirations. To be honest, macros were underwhelming - but this allowed a suite of quality micros to steal the show. Some were even good records - although this with the caveat that the benchmark (the Kent Moths website) only currently displays records up to and including 2020, so some of my initial excitement has been tempered by county recorder Dave Shenton advising that some species have offered themselves up more recently. (My apologies if I get any of the following wrong!)

Two Comsopterix pulchrimella were bonsai jewels. Until 2021, adults of this species had not been recorded in VC16. I've only caught one before, so spotting their tiny forms on the walls of the actinic made my heart pump. 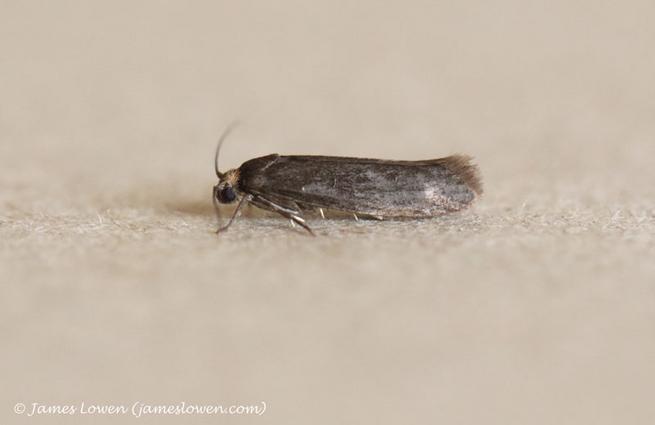 Chrysoesthia drurella was, like the pulchrimella, a piece of orange, black and white eye-candy. It goes by the sometime common name of Flame Crest, which is actually rather pleasing. There are plenty of Kent records, but it was new to me.