I didn’t have long to wait for some wanderers to reach our garden. While not of the same calibre as Laura’s catch, to nab both Clifden Non-pareil and Convolvulus Hawk-moth on the same night was pretty greedy. This was the garden's second Clifden, after one the same week last year: presumably breeding relatively nearby? The Convo was a long-overdue first for the garden, comes in a summer where they have been numerous across the country, and was followed three nights later by a second individual! London buses... One friend, Keith Kerr, colour-marked more than a dozen individuals in his Norfolk garden, and probably had several more individuals visiting his flowering Nicotiana.

Conundrum of the month was provided by a slew of Caloptilia micromoths. Perhaps thanks to the Norway maple now growing in our garden, I had a strong run of Caloptilia semifascia. Most were similar in appearance, like the first individual below. But one stood out as being very plain indeed. My assumption is that this is still semifascia, but given concerns expressed in Colin Plant’s recent Ent. Rec. paper about judging this genus from external appearances only (and, particularly, given the possibility of clandestine species occurring here, as yet unidentified), I would be wise not to ascribe a name to it! 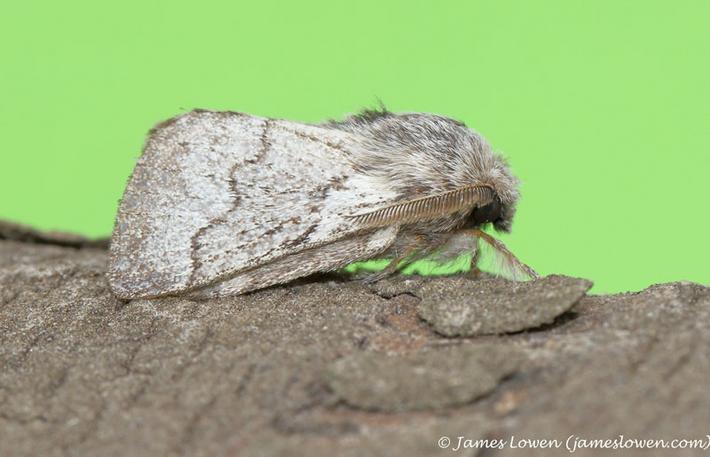 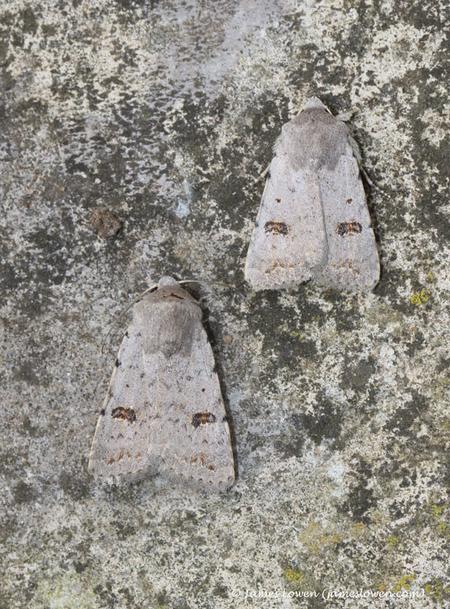 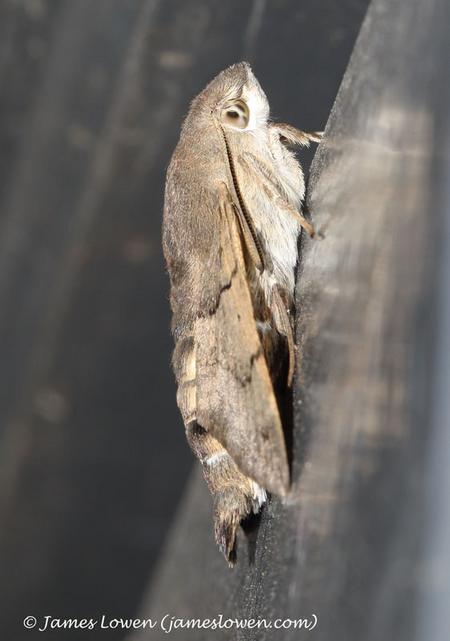 It is getting increasingly hard to find new macromoths for the garden list, so two additions were greatly appreciated. A Pale Eggar was perhaps not surprising, but was only the third I have trapped anywhere. More intriguing were a brace of Clancy’s Rustic. Although nominally still a migrant in Norfolk, with the first county record as recently as 2018, records in three successive autumns in the same garden in the ‘Golden Triangle’ area of Norwich strongly suggest colonisation. Indeed, this autumn has seen at least 35 records in Norfolk (more than double the combined county total), which surely means this subtly attractive moth is here to stay. 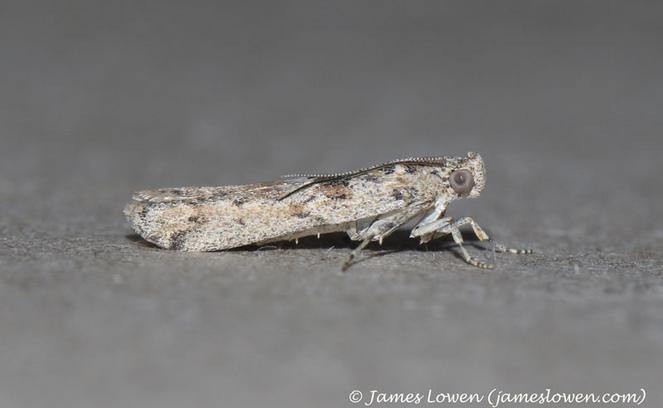 I have been on the lookout for Euchromius ocellea, thinking this regular arrival on the south coast really ought to reach Norfolk some day. And so it did – and frustratingly close to home. Sometimes going by the vernacular Necklace Veneer (not a bad name at all, premised on the terminal band of black spots), it was a pretty little thing. I think this is the third county first that Laura has caught in four summers of mothing: although suburban, her substantial garden faces onto excellent riverine habitat, and is thus also in a relatively dark area and along a valley, which may well serve as a migration flightpath. 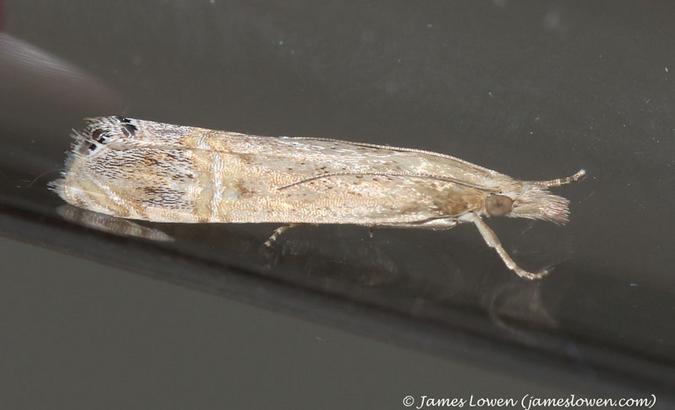 It has been a long time since I last blogged, and for various reasons. I’ll try and make amends now, starting with a blog about September moths. I am reluctant to pot-twitch moths nowadays – that approach was fine in my early days, when seeing a species helped create a search image – but now I vastly prefer catching my own stuff. I did, however, make an exception on the 1st of the month, when Laura King caught a lovely little crambid a mile away from home as the moth flutters, in Lower Hellesdon.

A few unequivocal migrants turned up during the month. By the end of September, it had already been a good year for Rush Veneers. This is normally a once-a-year-at-best species at home, so half-a-dozen by the autumn equinox was most pleasing. (And more – many more – were to come!) Single Pearly Underwing and Palpita vitrealis were greatly appreciated, as were a handful of Hummingbird Hawk-moths (another species enjoying a fabulous year nationwide).

The same night as that second Connie, it was a micro that particularly caught the eye – a new-for-garden pyralid. Formerly a scarce migrant to Britain, Ancylosis oblitella has colonised south-east England during the last 70 years, and is perhaps now resident on the Norfolk coast at least – from where this individual may have wandered. That said, there were no Norfolk records at all during 2021, yet c.20 during the four weeks from 15 August this year – so perhaps there has been an influx of genuinely primary immigrants after all?