A week ago, local wildlife-watcher Jo Dale was watching Water Voles at a well-known ditch that runs alongside the River Yare in southwest Norwich when she spotted a Water Shrew. I got brief views later that afternoon, and have been back three times since. Yesterday at least two animals were present, probably three or more given the places Robin Chittenden and I saw them and the additional shrew-squeaking from waterside vegetation. I finally got a couple of acceptable photos, although this still doesn't make up for losing my suite of cracking shots from Thamesside London (they succumbed in a hard-drive crash). 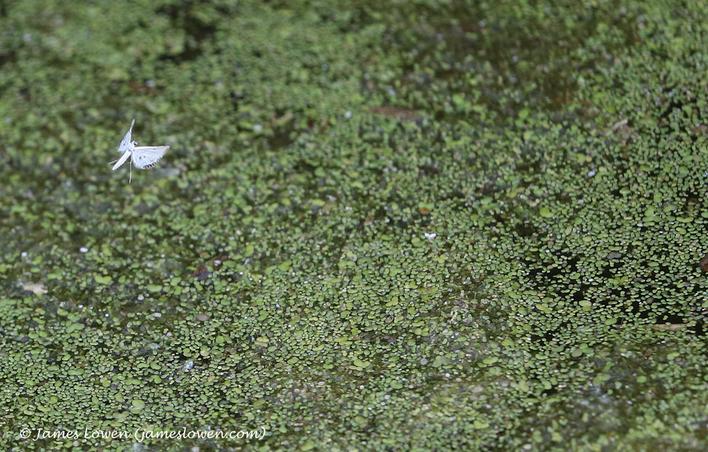 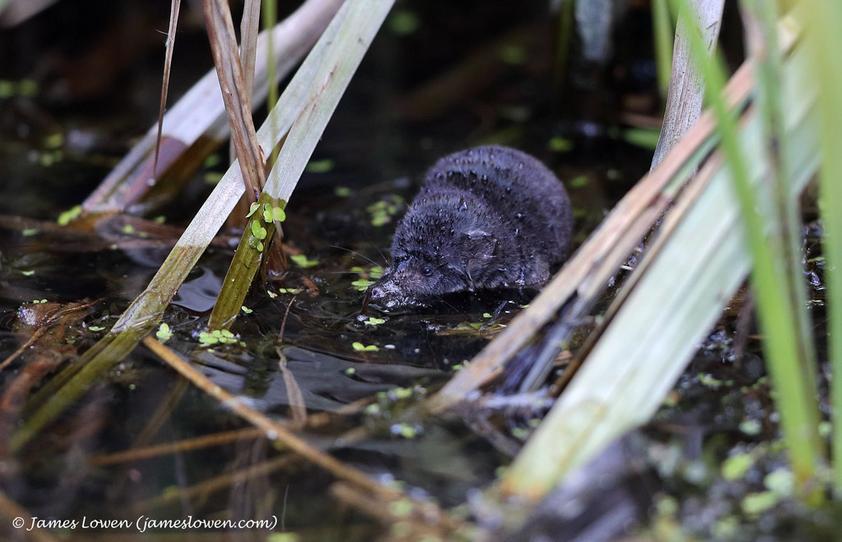 A different type of waterboy were several male Small China-marks, which appeared to be patrolling the water surface, presumably looking for emerging females with which to mate. China-marks are unusual among moths in that their caterpillars mature underwater! The madness of moths.