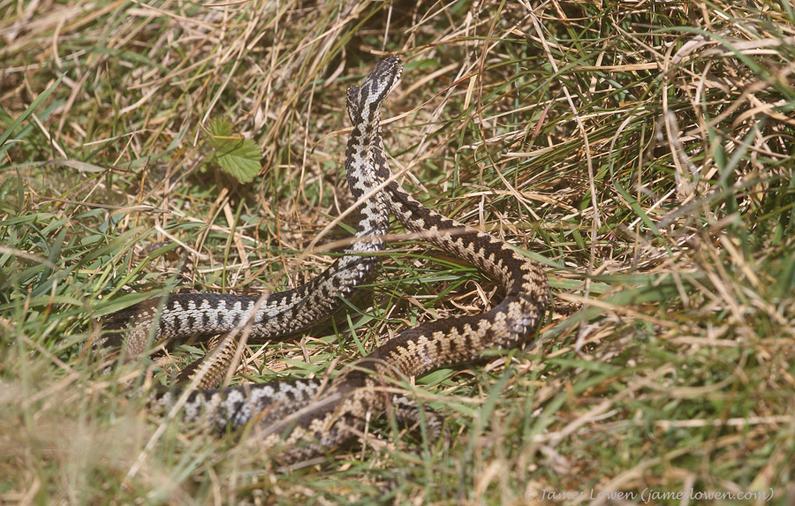 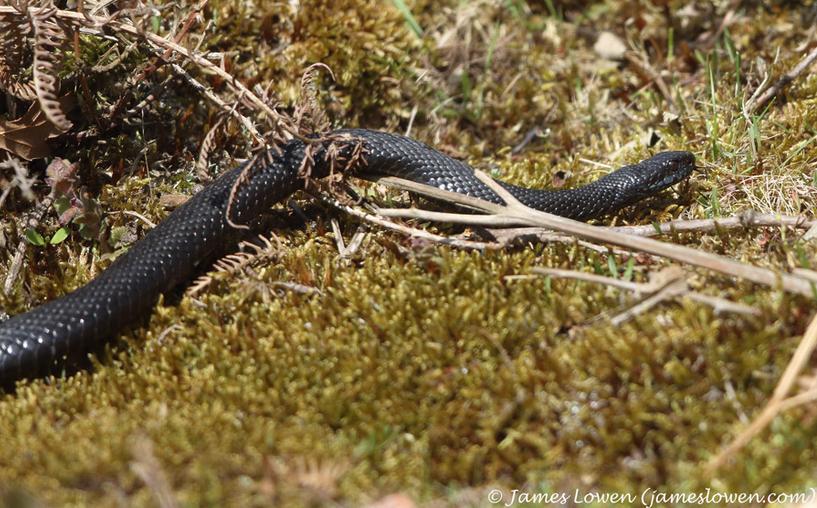 My favourite photos of the day were actually of a male that was slithering around the gorse. I've not often seen Adders up in the vegetation, but apparently they have been doing it quite a bit in one part of the reserve this spring.

In mid-April each year, I am unfaithful to Norfolk's Adders and head to Suffolk to see those at RSPB Minsmere. This has proved very worthwhile, with my first black serpent there one year (a large female) and a whole hour's worth of dancing males another year. This year, got the hat-trick of special Adder experiences or - given that it was on Easter Sunday - perhaps the Holy Trinity: a male black Adder, dancing males (one boy sparring with three rivals in succession) and a mating pair. It was exhilarating stuff, although arguably a reward for both planning and patience as much as luck: I spent eight hours on site, and once I had located a female, stuck around her to watch the males arrive and, with two outstanding reserve volunteers/experienced herpers plus a steady flow of admirers, tracked their movements around a small area of gorse. Photographically, I wasn't overly fortunate - others have obtained better images/video before and after my visit - but I'm hardly complaining. Throw in a supporting cast of 40+ Emperor Moth (males bombing around all over the place, chasing down pheromoning females), Water Shrew, Otter, Lesser Yellowlegs, constant Mediterranean Gulls, Stone Curlew, Nightingales and a showy Grasshopper Warbler (plus three other 'reelers'), it was a quite exceptional day. The only downside was predicting to David Bradnum that a Black Kite would fly over that day, only for it to do so precisely 24 hours after our conversation.