BirdLife, the magazine is produced by BirdLife International.

I write regularly for the magazine, which covers wildlife conservation stories worldwide. Scroll down this page for more recent articles.

In the January - March 2020 issue, I had a piece on the prospects for returning to the landscape five species currently listed as Extinct in the Wild; this follows the successful reintroduction of Guam Rail.

In the Oct-Dec 2019 issue, I had the cover feature, a hard-hitting article explaining the background to the forest fires in the Brazilian Amazon this year.

This piece about the destruction wrought by the cage bird trade on Indonesia's songbirds, rendering far too many of them globally threatened,  appeared in the December issue of BirdLife magazine, and also on the BirdLife website, where it can be read for free. 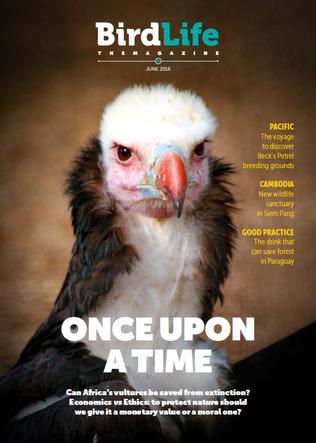 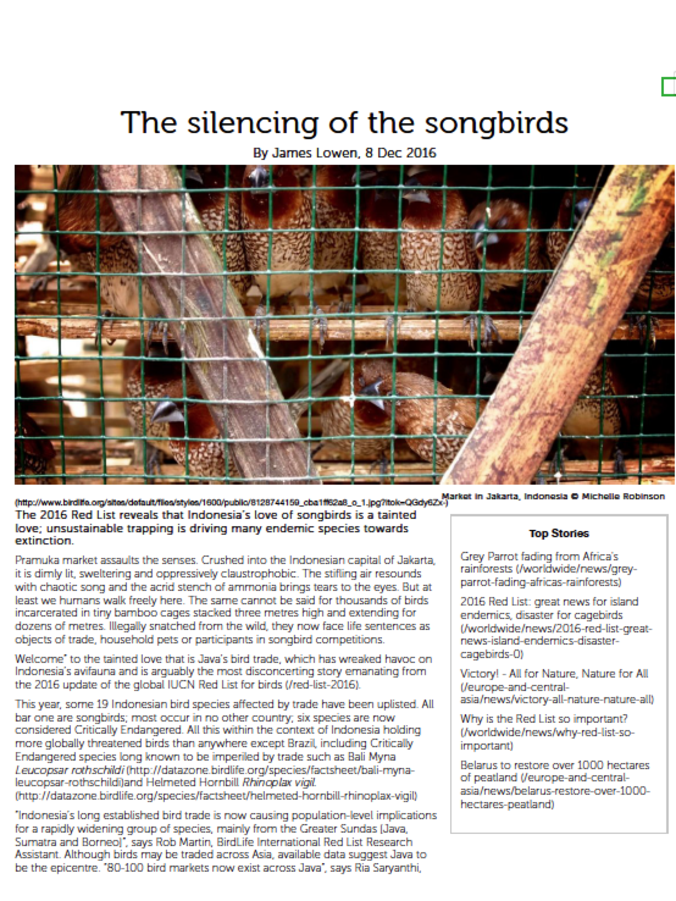 Twenty-five million birds are killed each year in the Mediterranean, Northern Europe and the Caucasus. Here's the start of my article about 'the killing crisis', published in spring 2019. 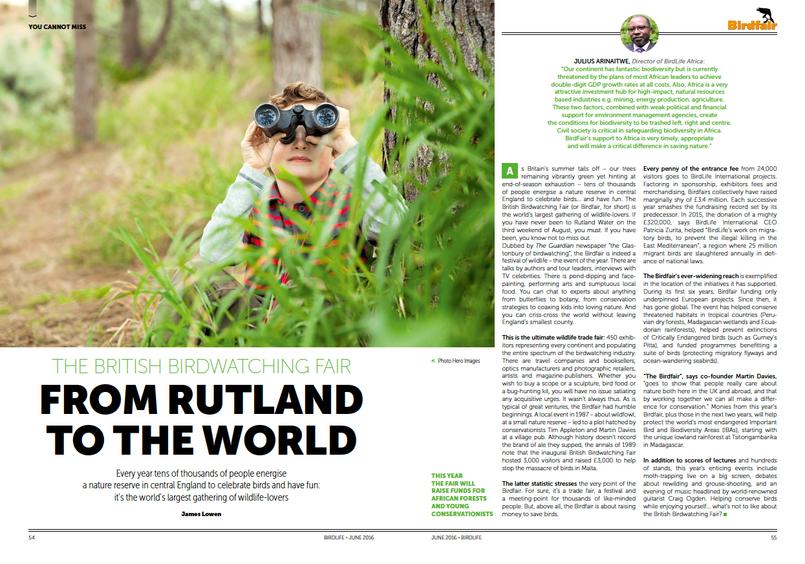 Published online first in February 2018, then available in the hard-copy magazine from March, is my article on funds from the 2018 British Birdwatching Fairsupporting the creation of a fabulous new National Park in Argentina - called Ansenuma, and located at Mar Chiquita - which will help conserve hundreds of thousands flamingos and even more migratory waders. 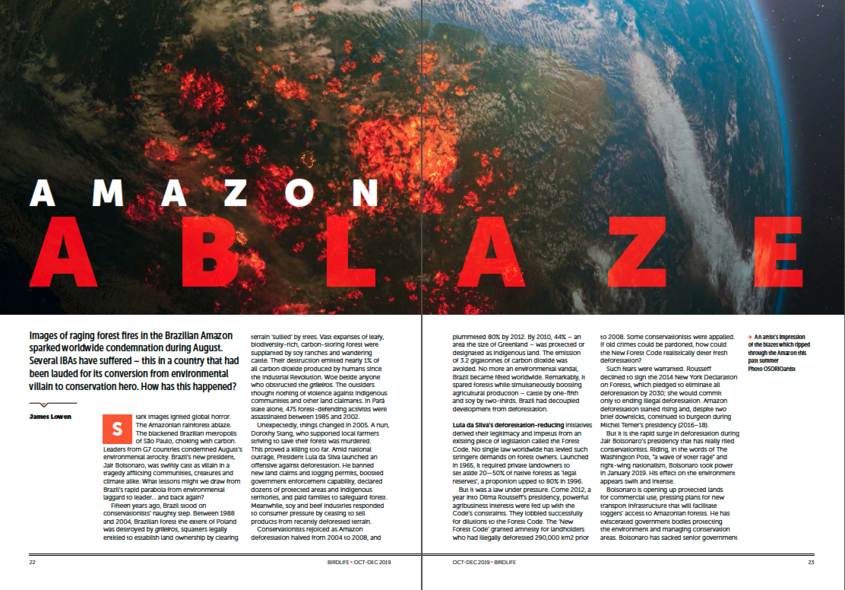 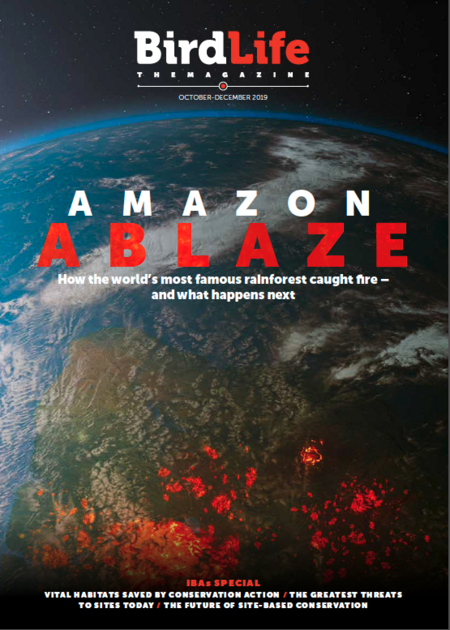 Everyone should celebrate when a globally threatened species is moved to a lower category of threat. But why isn't that always the case? this was the subject of my article for the Jan-Mar 2019 issue of BirdLife, the Magazine.

Here is an article about how agriculture has become the principal threat to the world's birds. Published in June 2018.

Here is an article I wrote to celebrate the 10th anniversary of BirdLife's Preventing Extinctions Programme. Published in October 2018. You can read it online here. 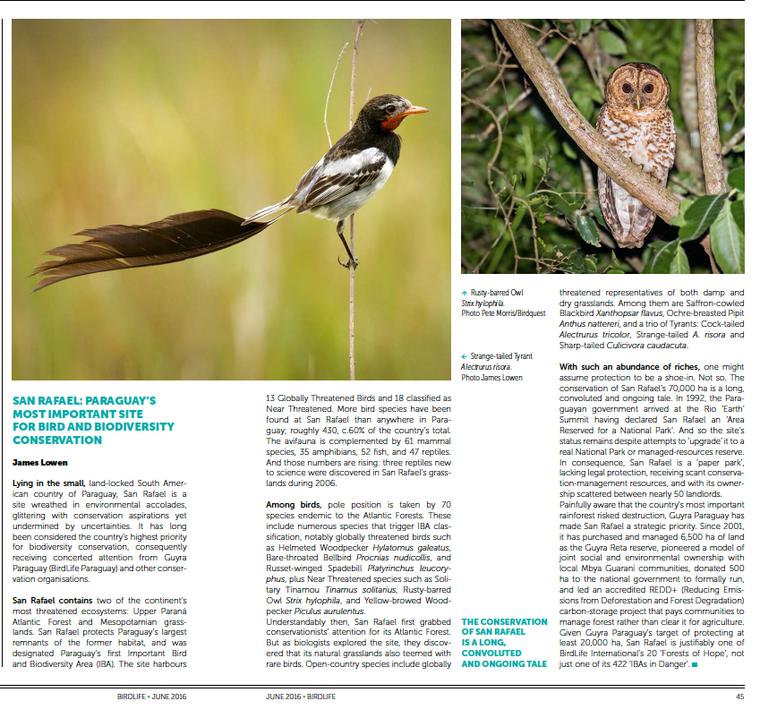 In the January-March 2018 issue, I wrote an article unravelling the world's great bird mysteries.