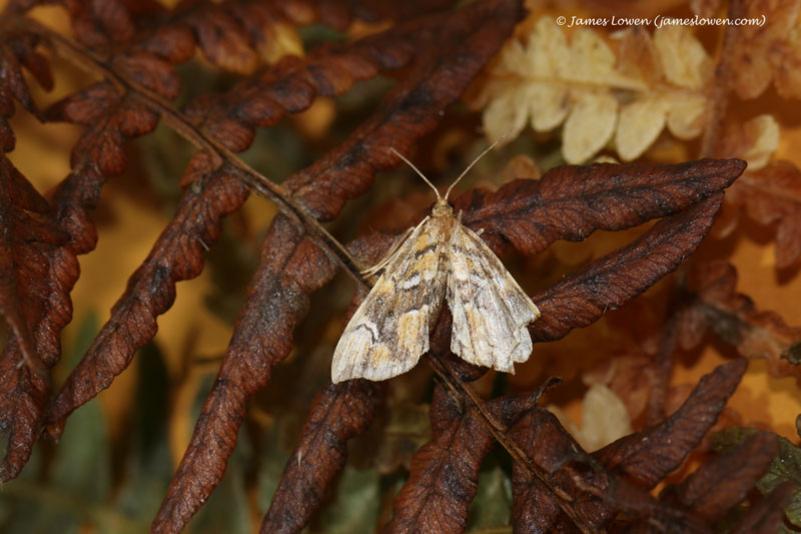 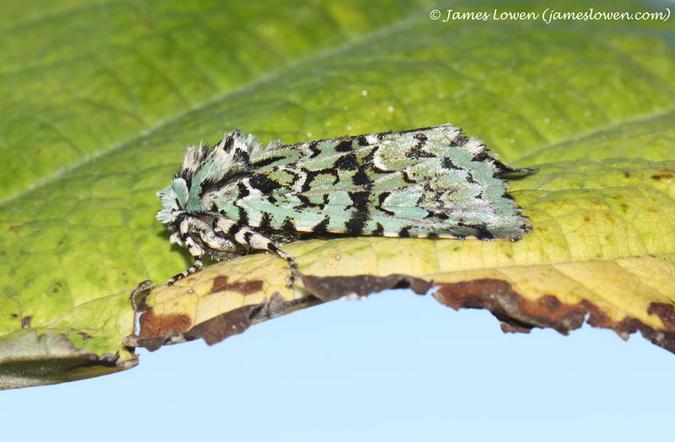 Among certain residents caught at Walsingham were a brace of Satellite - one of each form - and a nice selection of Merveille du Jour, always a delight to see (and photograph).

Scarce Bordered Straw featured back at home too, with at least four individuals trapped across several days. The 'home highlight', however, was a new macro for me (a rare event at home nowadays): Oak Rustic. Following its spread north in southern England, and Norfolk's first and second records last year, this was very much on my radar should the wind blow from the south during October. And so it proved. Thanks to two others the previous night, mine on 27 Oct was the county's joint-fifth. Others have followed, so colonisation must be on the cards. With all its holm oak, I fancy the Holkham area, for a start! Almost as exciting was a Small Mottled Willow - I think only the second I have seen and certainly the first I have caught myself, so it was 'new for garden' - on the first run-out for my revamped battery-powered Heath trap with its new green synergetic bulb. A good star. Plenty of other migrants included the always-pleasing Palpita vitrealis.

The night I caught the Oak Rustic, my friend Keith Kerr went considerably better, catching Norfolk's third Blair's Mocha - and the first since 1990 - in Litcham. As I had to drop something at Keith's anyway, it was rude not to take a butcher's. I had always expected to bump into Blair's Mocha on a southern nothing trip, but it hasn't happened yet. Passing the time between parental duties nearby, I also popped into see the county's third Uresiphita gilvata, trapped by Dave Andrews in Hellesdon (and also coincided with Dave Norgate showing the county's fourth, while birding on the north coast), and a Crocidosema plebeiana caught by Mike McCarthy in Horsford.

The last fortnight of October, into early November in fortunate parts of the country, was an exceptional period for immigrant moths with the 'Canaries expressway' funnelling warm winds north-east from North Africa and Iberia. Alongside first for Britain were good numbers of rare immigrants across all parts, notably a massive influx of Crimson Speckled. In East Anglia, I searched for the latter by day at several locations and my choice of location proved right in two instances - but I was two days too early at one site, and a day too early at the other. Right idea, unfortunate execution. Despite such mishaps, I did reasonably well for migrants without bagging a biggie. Trapping at Great Walsingham in north Norfolk, highlights were a Clifden Non-pareil (presumably locally bred but conceivably a migrant, given the context) and a brace of Scarce Bordered Straws. There might even be something even better, but I'm awaiting investigations presently...

While visiting Horsford, I took the opportunity of a short walk in adjacent Horsford Woods, with the express aim of finding my own Musotima nitidalis. This fern-loving moth was found new for Norfolk at this very site in 2020, and the majority of subsequent records have been in Mike McCarthy's garden. I had only seen it in pots, which is sub-optimal, so was relieved to find one in the field without much ado. 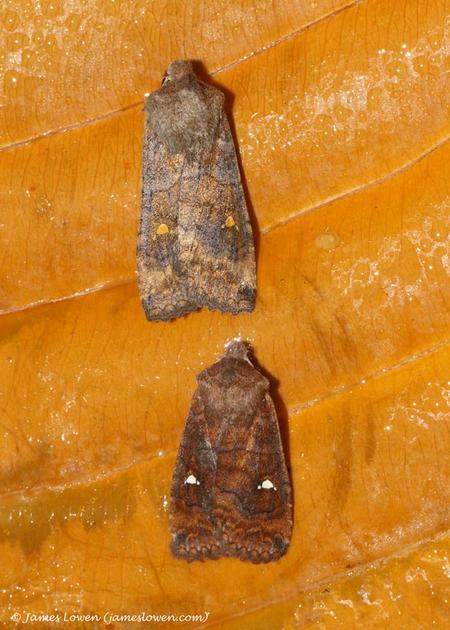 Given so many migrants around, I couldn't resist at least one coastal night. What better way to catch my own Uresiphita or Crimson Speckled? A group of us got together at a site on the east coast, and moth-ed the place hard (with eight traps, lots of netting and lots of torching) across 11 hours. It was absolutely knackering (a lot of the migrants were simply flying through, so had to be netted mid-migration!), but the resulting list was the best selection of migrants I have had on a single night in Norfolk (and possibly anywhere). Given this, it was thus slightly disappointing that nothing rarer made it into the traps or nets. The totals were: 1 Delicate, 1 Small Mottled Willow, 1 Convolvulus Hawk-moth, 1 Pearly Underwing, 1 Dark Sword-grass, 1 Palpita vitrealis, 5 Vestal, 12 Scarce Bordered Straw, 2 Silver Y, 5 White-point, 2 Turnip, 2 Diamond-back and 100+ Rush Veneer. Local movement was suggested by Merveille du Jour and Box-tree Moth while my only new moth of the night was a couple of the gorse-loving, autumn-flying Agonopterix umbellana - which hadn't been seen in the vicinity for a number of years.